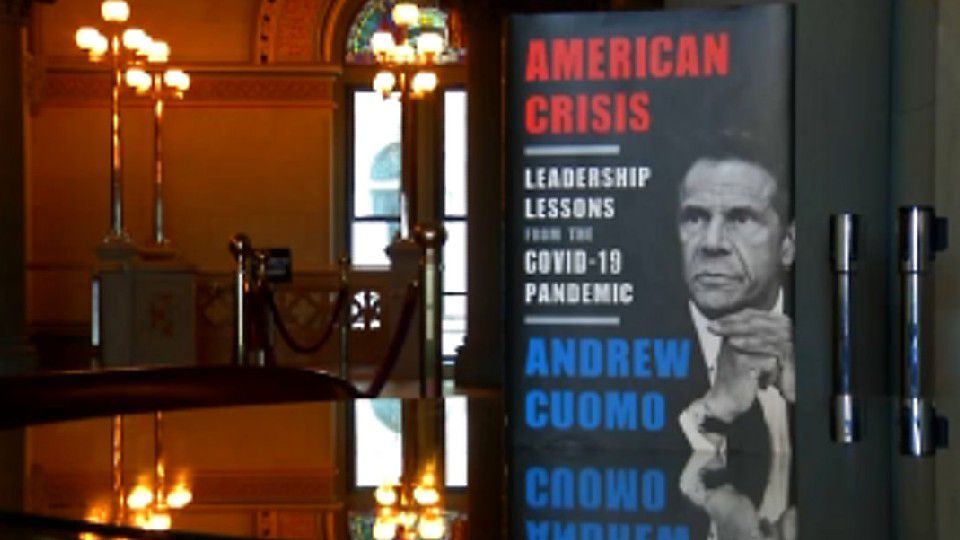 ALBANY, N.Y. — The release of Governor Andrew Cuomo's book about the COVID-19 pandemic while the pandemic was ongoing has stirred controversy, including questions from lawmakers like Democratic Assemblyman Ron Kim about whether he was financially motivated to withhold information.

"I think the governor's book that was released during the pandemic just shines a very big light on this issue, and I think he just gives us more reason to update our laws," Byrne said.

He said while there are many reasons why a lawmaker publishing a book while in office can be a concern, an overarching one is not specific to Cuomo.

"Book deals from politicians can be used as a backdoor way to promote some sort of pay-to-play or perhaps additional influence from lobbyists by buying large quantities of books," he said.

The lawmaker is in the process of drafting legislation to prohibit statewide elected officials, like the governor or attorney general, from profiting on a book deal during their time in office. That includes cash advances from publishers.

He also expects to include any government salaried position that requires confirmation by the New York State Senate.

"If they want to start writing their memoirs and then go into a contract after their term is up, by all means go for it, and this is not an infringement on anyone's First Amendment," Byrne said.

Good government advocate Blair Horner said while he hasn't seen Byrne's proposal yet, he would be in favor of a prohibition. He did point out anybody in the executive branch already needs approval before collecting any type of outside income, including from books.

"Right now they're not supposed to unless they get approval from some outside independent entity known as JCOPE, the Joint Commission on Public Ethics, which is supposed to the vetting, the review, the approval, before anything, before the governor signs the dotted line on any book deal," Horner said.

Byrne launched a Twitter poll Wednesday, and while he acknowledges it's unscientific, he says the feedback for his idea has been overwhelmingly positive. At the moment, he hasn't included prohibition for state Senate or Assembly members in the proposal, but said he would be open to considering it.