Paul Tonko has developed a voice on Capitol Hill for environmental and science issues. He was a key player in congressional hearings over the threats and effects posed by certain chemicals and continues to be an advocate for action on climate change. Tonko is also known for working across the aisle with Republican colleagues. He successfully had one standalone bill signed into law updating the Communications Act of 1934 to include stiffer penalties for pirate radio broadcasters. 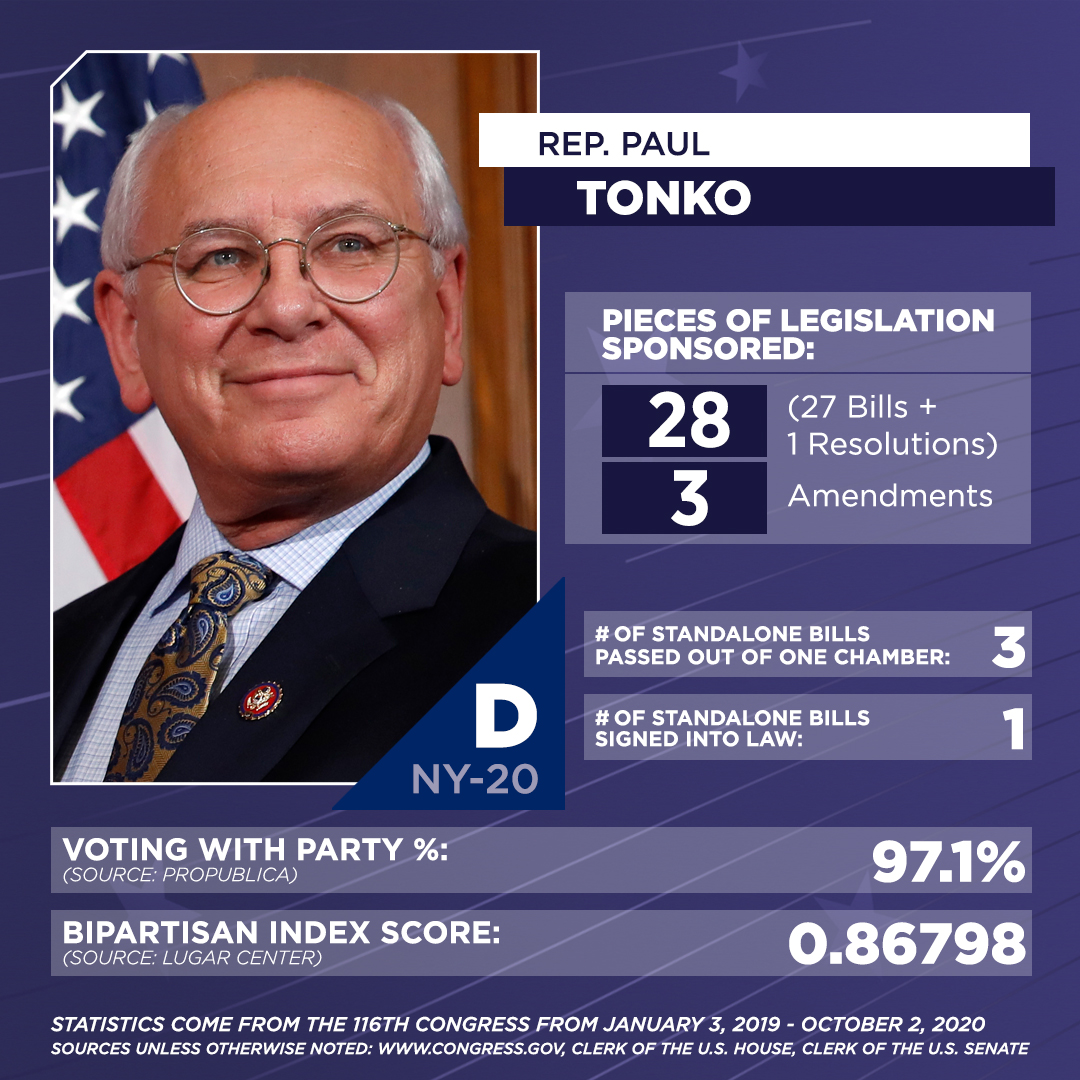 “Paul Tonko is a proven, effective, and deeply bipartisan legislator who has passed more than a dozen bills through the House this term and had several signed into law by President Trump, even in this historically divided Congress. He works harder to make good laws than he does to take credit for them, which is one of the reasons Republicans and Democrats continue to line up to work with him to pass good laws that make a real difference in the lives of the American people.

Many of his acts of national leadership and service, and those of his New York colleagues from both parties, are obscured by Spectrum’s misleading metric, including Tonko’s work securing funding for the Erie Canalway and shepherding comprehensive PFAS protections and some of the most important climate legislation that has moved through Congress in a decade. Numerous members of the New York Delegation have raised these concerns with Spectrum on repeated occasions prior to publication. Reporting these discredited figures is a disservice to Spectrum’s audience and is disrespectful to the people of New York, who rightly seek news and information that leaves them better informed and in this case are being misled.”

The numbers Matt Sonneborn refers to come directly from the Clerk of the United States House of Representatives and the United States Library of Congress via www.Congress.gov. These numbers are publicly available for anyone to access at any time. As was made clear in the introductory text, these numbers measure standalone legislation as there is no readily accessible way to measure the more complicated legislative activity which Sonneborn is referring to. All delegation offices were asked to provide their own information showcasing a member’s activities if they so chose. Sonneborn has chosen to take advantage of that opportunity to display Rep. Tonko’s accomplishments and we are providing them below in their entirety in the interest of fairness and transparency.

We stand by our reporting and will continue to hold elected officials accountable on behalf of the viewers we serve.