While working on developing a bipartisan voice, Tom Reed was criticized for not speaking out against some of President Donald Trump’s more controversial comments. His profile has gone up this term with his leadership of the “Problem Solvers” Caucus – while also not being a stranger inside the Trump White House. Reed successfully led a bill to the president’s desk to renew expanded funding for the West Valley Demonstration Project located in Western New York. 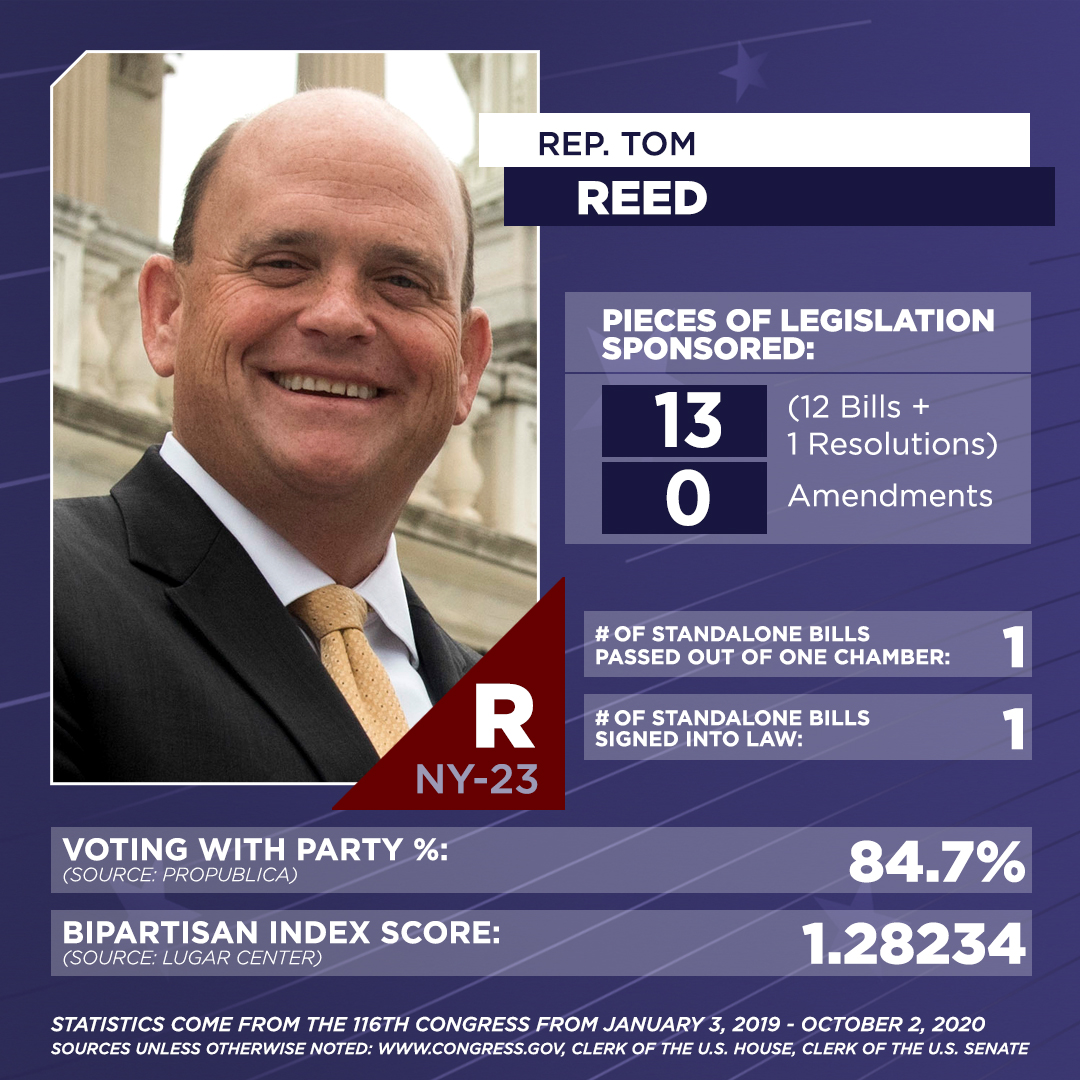 “We are proud of our record and efforts to deliver for the people of NY-23. Whether a member has introduced legislation that has passed the House or become law is only a small part of a member’s impact; critical work behind the scenes to build support for bipartisan legislation is often difficult to capture. In my work as co-chair of the Problem Solvers Caucus, however, it is clear we have directly contributed to a tremendous volume of legislation passing the House and becoming law. In particular, our successful attempts to reform the rules that govern Congress have directly resulted in more bipartisanship and consensus building.”