John Katko is known on Capitol Hill for being a moderate Republican with a reputation for bipartisanship. His voting record is indicative of a Republican who isn’t afraid to buck his own party. Katko introduced a number of standalone bills this Congress and successfully had five of them passed through the Democrat-controlled House. Katko is a vocal presence on homeland security, agriculture, and transportation issues. 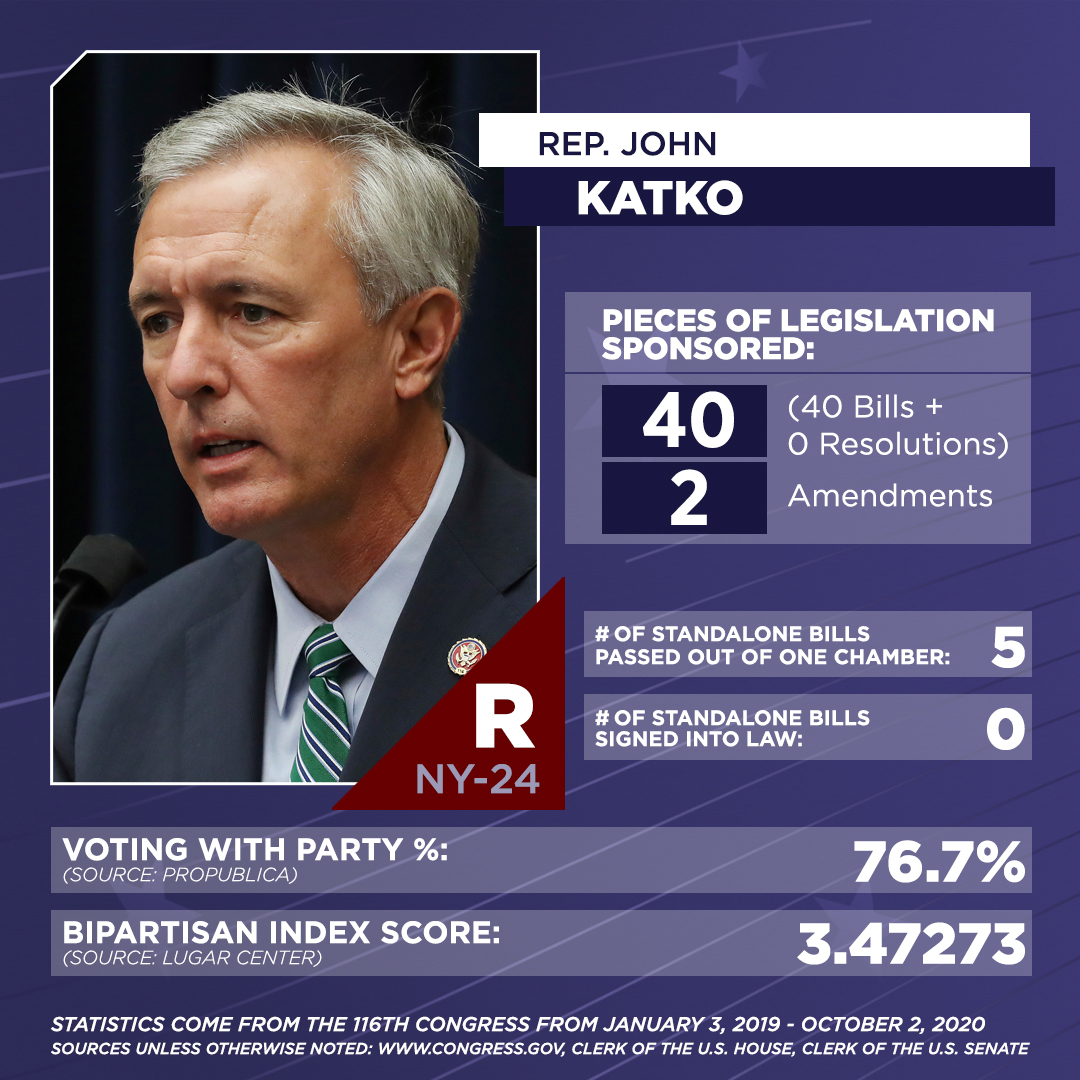 Editor's Note: The following statements and assertions are those of a political candidate and/or congressional office. Any statistics, data, or other information contained therein has not been independently verified or checked for accuracy as part of this project.

“I am proud to be ranked the 2nd most bipartisan member in all of Congress by Georgetown University and the nonpartisan Lugar Center. By working across the aisle in Congress, I’ve had over 35 bills pass the House, with several signed into law under Presidents from both parties. Especially during the pandemic, this approach to governing has been critical. Working in a bipartisan manner to pass COVID-19 relief legislation, I helped deliver PPE, testing, and direct relief for local hospitals, small businesses, and working families. Moving forward, I’ll continue working with Republicans and Democrats to get results for Central New York during this pandemic and beyond.”