Elise Stefanik has gained a significant profile boost in this term for being an outspoken defender of President Donald Trump, especially as he was going through the House impeachment inquiry. While Stefanik’s rhetoric is more in-line with die-hard Republicans, her floor record is far more moderate. She has voted against the Republican party on numerous occasions and has a reputation on Capitol Hill for working across the aisle. She was successful in getting one standalone bill signed into law, which created silver dollar coins to commemorate women’s suffrage and support for the 19th Amendment. 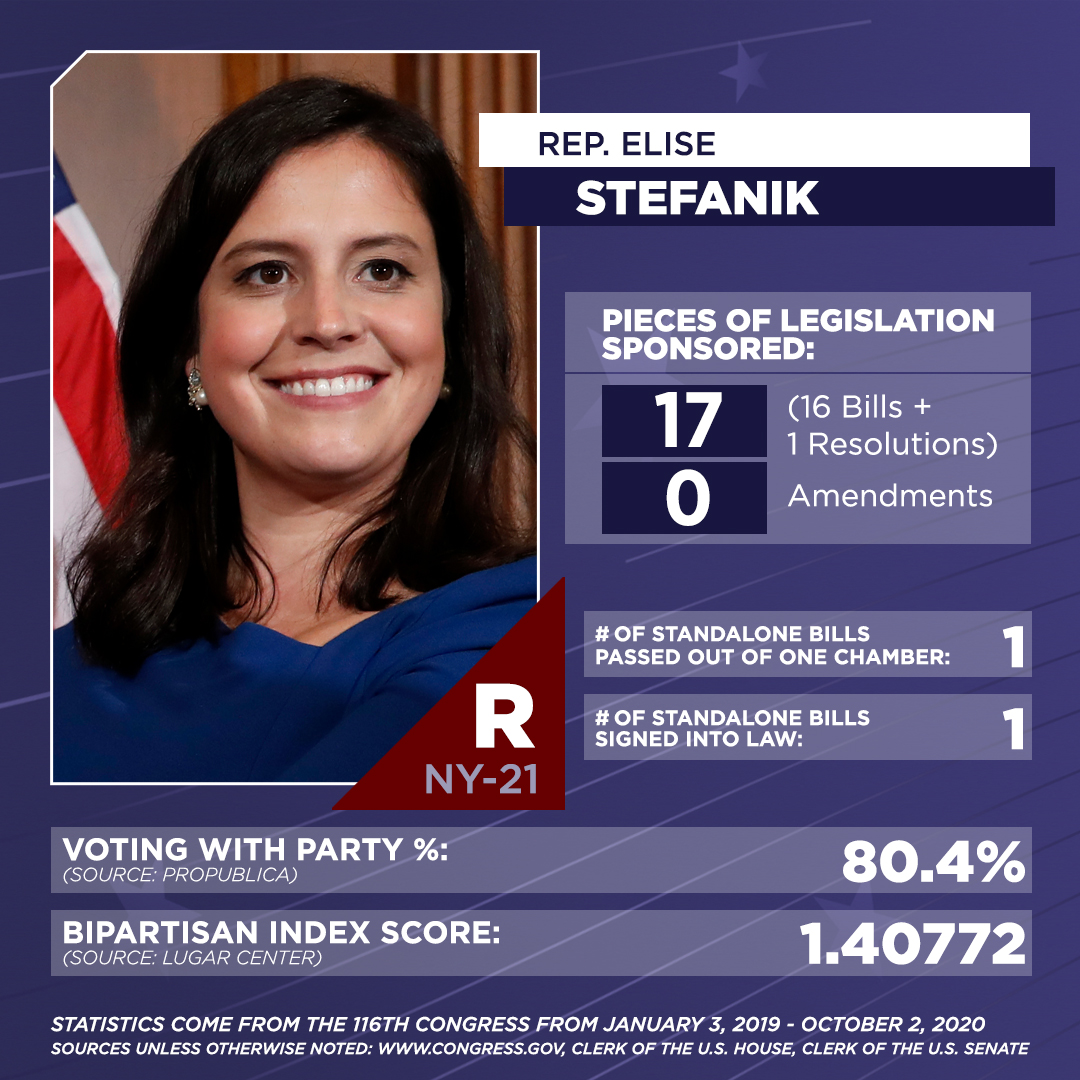 Editor's Note: This member of Congress did not provide us with an on-the-record statement in response to this project.