Chris Jacobs is coming into his first term in Congress on an abbreviated note taking over the reigns from his predecessor, Chris Collins, who resigned amid a scandal and is now in prison. Jacobs says agriculture initiatives are a key priority for his office. 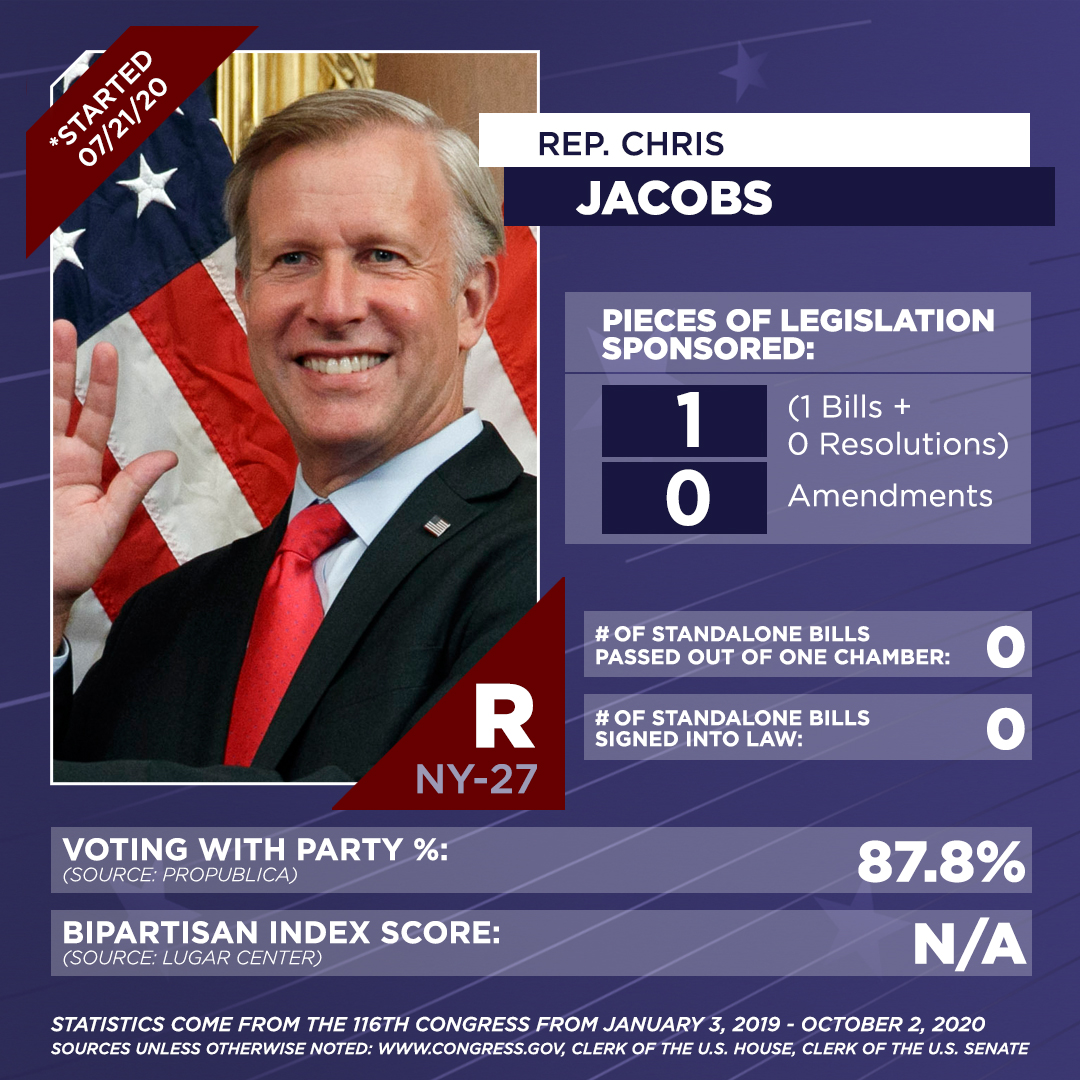 “In my three short months serving our region in Congress, I have been working diligently to advance policies and legislation that benefit the people of Western New York. In addition to the legislation I introduced – the Infrastructure Expansion Act – I have also cosponsored numerous bills to support families and businesses during the pandemic and promote a strong economic recovery. Notably, I have cosponsored bills to extend and forgive Paycheck Protection Program loans, to aid local governments facing revenue shortfalls, and to protect access to rural healthcare. Policies like these are critical to respond to the ongoing COVID-19 pandemic, and I will continue to advocate for policies that put the people of Western New York first.