Kirsten Gillibrand rose to national prominence when it came to key social issues in the Senate. Her political career crescendoed when she launched her run for president last year, but eventually dropped out of the race to return to the Senate full-time. She’s an outspoken advocate for women’s rights and LGBTQ issues in the armed forces. Gillibrand is the most-likely Democratic senator to vote against her party, according to ProPublica, but has a less-than-average record for bipartisanship. Gillibrand was a key leader in the Senate on getting the 9/11 Victim Compensation Fund permanently funded. 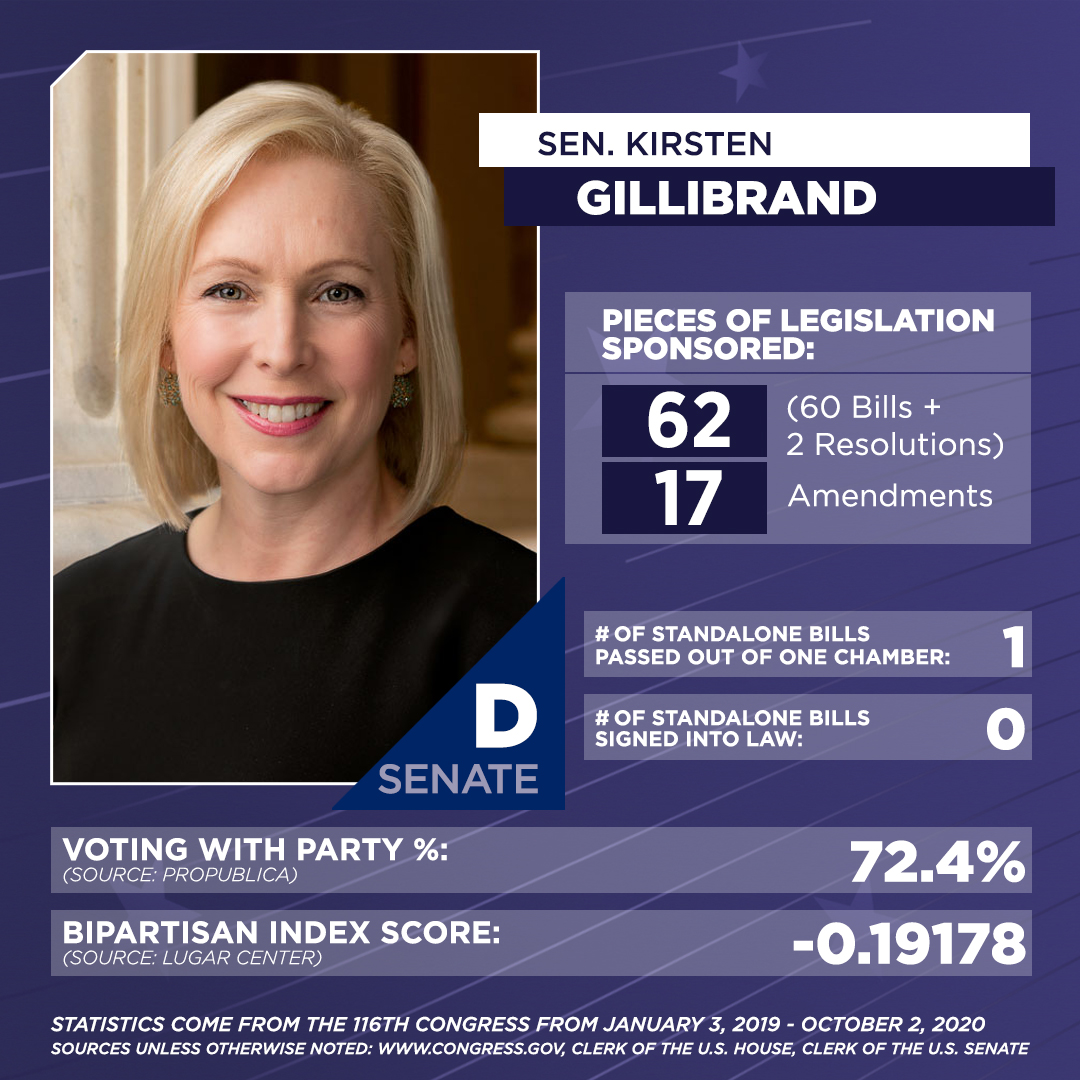 “From securing permanent benefits for 9/11 first responders and Blue Water Navy veterans, to working to keep our water free of toxic chemicals, I am proud of my record in the 116th Congress. As a ranking member of the Personnel Subcommittee of the Senate Committee on Armed Services, I was able to include nearly twenty priorities in the National Defense Authorization Act, including measures to support and secure justice for military members facing assault. I am proud that all of this legislation passed with bipartisan support, including the Safeguarding America’s First Responders Act which President Trump signed into law. I will continue to deliver results for New York families.”