As the Senate minority leader in Washington, Charles “Chuck” Schumer is unique among the New York delegation. He is charged with leading Senate Democrats against an opposition president and opposition majority with little regard for norms and decorum. As a legislator on New York issues, Schumer has been a vocal presence and advocate but has had to work across the aisle to achieve progress and consensus. Schumer had one standalone bill signed into law, which extended certain Medicaid mental health services and funding for two weeks in 2019. His power would increase exponentially if the Democrats win control of the Senate in 2020 and he becomes its majority leader. 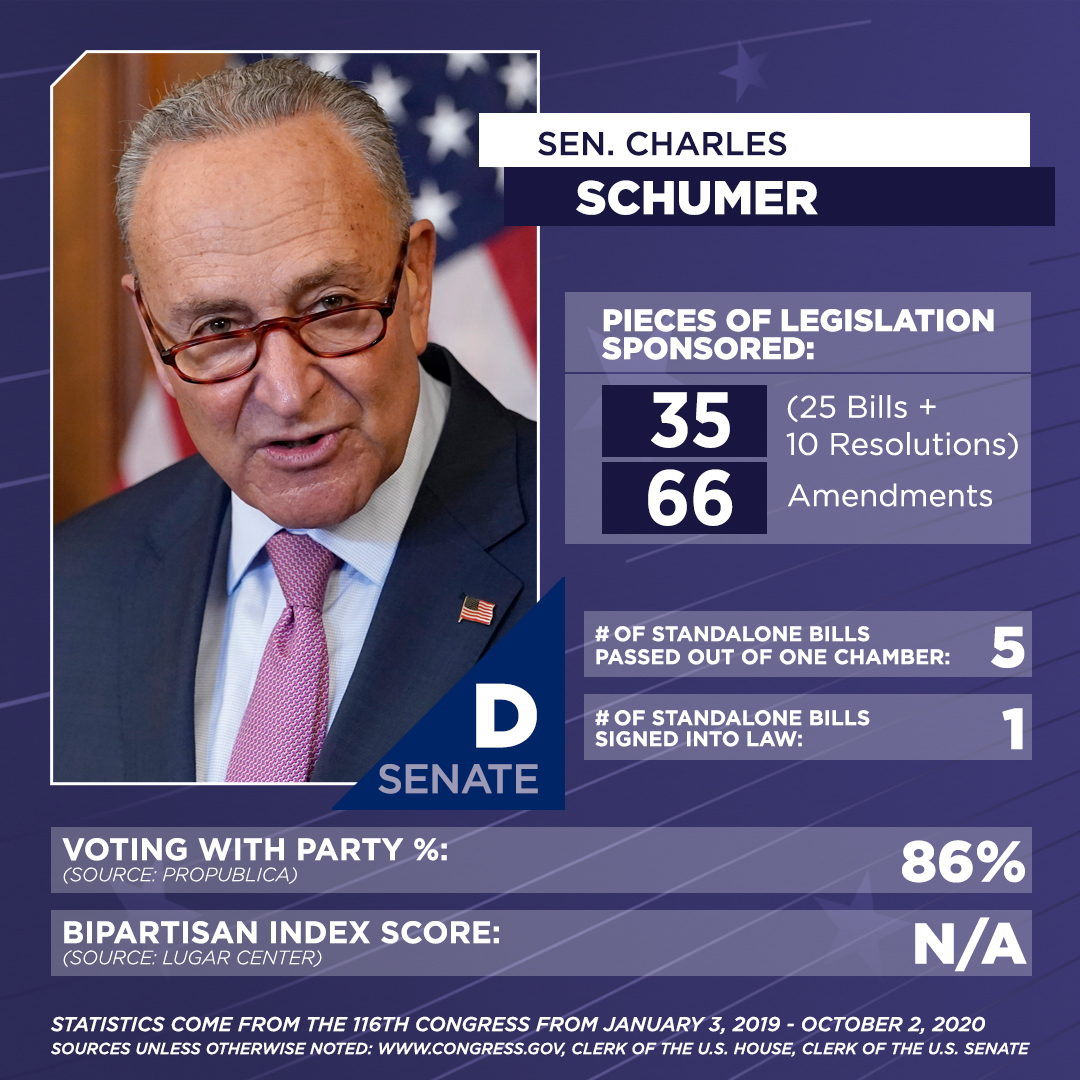 Editor's Note: Senator Schumer did not provide us with an on-the-record statement in response to this project.