Anthony Brindisi’s first term in Congress has been a busy one. He flipped his district’s seat from red to blue in 2018, but quickly found himself walking a fine line on a number of hot-button issues that engulfed Washington politics, including the House impeachment inquiry into President Donald Trump. Brindisi developed a reputation for bipartisanship and working across the aisle with his Republican counterparts. His voting record is indicative of the fine line he walks in Congress, where voting against his party is common. He successfully led two bills to the president’s desk to be signed into law, one renewing funding for the Department of Veterans Affairs, and another to address mental health resources and rising suicide rates among veterans and the Department of Veterans Affairs’ ability to handle the crisis. 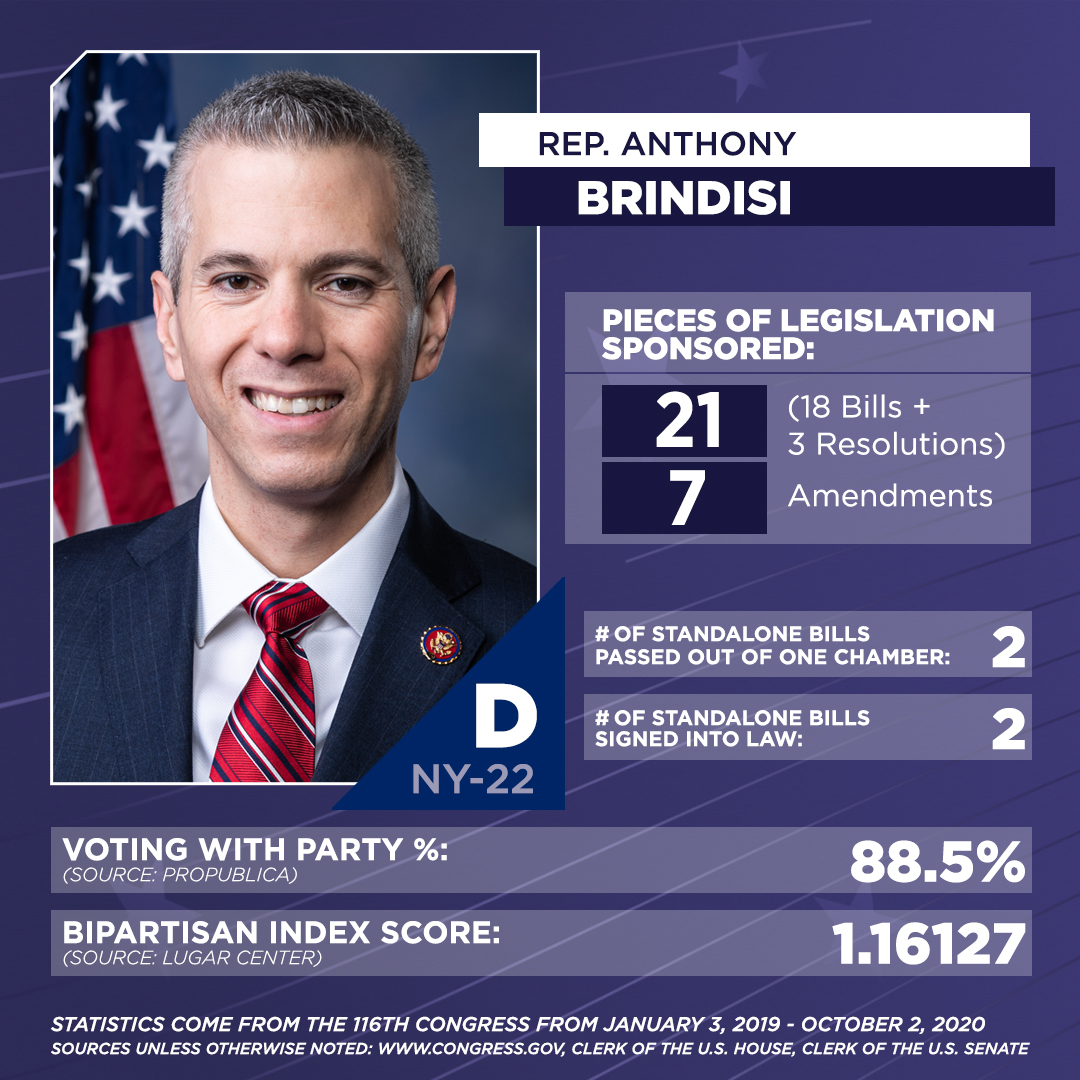 In addition to his two standalone laws, Congressman Anthony Brindisi has worked with Democrats and Republicans to send 4 additional pieces of legislation to President Trump’s desk. Totaling 6 bills passing both chambers of Congress. These laws help American manufacturing, lower health care costs, and improve services for American Veterans. These bills are: