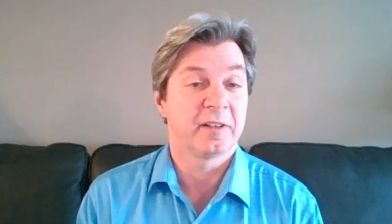 Report after report from the group now called the New York Coalition for Open Government has indicated local governments struggle to provide information about public meetings.

But the coalition believes things could get worse now that most local and county boards, councils and legislatures have moved to video conference meetings. The governor suspended the requirement the public be allowed to attend in person.

"Many of the protections that we had in place have now been suspended so our hope is that this doesn't become a new way of conducting business, that once this crisis is over we can go back to way we were doing it," coalition President Paul Wolf said.

Wolf said the state is expecting very little of local governments dealing with an unprecedented situation.

"I understand there's a learning curve for everyone at this point in time," he said.

But he said that doesn't mean these bodies shouldn't try to be accessible. Wolf said most have eliminated public comment for the time being, but he believes they could restore it with just a little effort.

"You can solicit emails and read them during a meeting," he said. "You could invite the public to participate by Zoom invitation and when you get to that portion of the meeting they hear from the public, citizens can speak. A phone number can be provided for people to call in."

Wolf said he's also disappointed a lot of places aren't posting agendas and other documents prior to meetings.

"The documents of the meeting should be posted online before the meeting occurs so that you as a member of the public can at least look at the same documents board members, council members, legislators are reviewing and discussing," he said.

Finally, Wolf said with most meetings currently streaming on the internet anyway, governments should be recording the sessions and posting them so people can watch them later.

"What's really important in an emergency situation is that the public is fully informed and fully engaged and from what I see that's not happening across the state in a lot of ways," he said.