Republican Rep. Elise Stefanik’s role in the impeachment inquiry — a profile burnished as a staunch defender of President Donald Trump — is thrusting the three-term lawmaker into the national spotlight in a way she has never been before.

The president on Sunday on Twitter wrote “A new Republican Star is born” as she has blasted the process in the House Intelligence Committee hearings as laid out by Democrats.

She has fundraised off the attention, as has her Democratic opponent from 2018, Tedra Cobb, who is seeking the Democratic nod again for the 2020 race.

“With YOUR help we’ve just passed the $800,000 mark!” Cobb tweeted. “Will you rush a contribution right now to help us reach our $1 million goal?”

I am happy to announce we raised $1 million dollars!

It is impossible to express the feeling of gratitude I have tonight. Thank you #TeamTedra

Together we started something big but it’s not over yet.

If you haven’t had a chance you can donate here⬇️https://t.co/w0DWfCeoj0

By Sunday evening, that fundraising total reached $1 million, Cobb’s campaign said. That kind of money and attention can go a long way in a large district with relatively modest media markets.

Stefanik responded that Cobb is raising money from “Hollywood liberals calling me #TrashyStefanik. I’m just focusing on the TRUTH & FACTs in impeachment hearings.”

So, needless to say, the race for the 21st congressional district next year could be an intensely watched one, a race nationalized by whatever becomes of the impeachment drive in Congress. 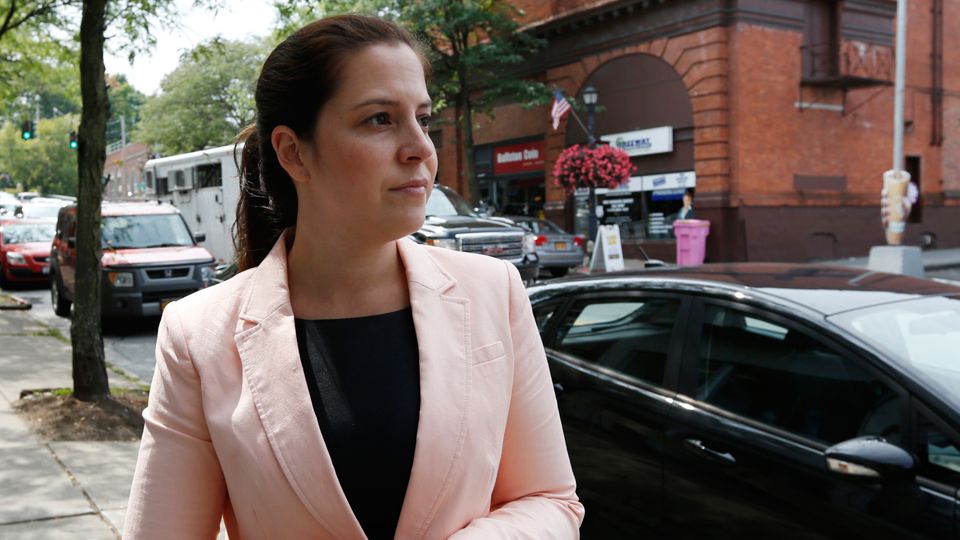 Stefanik was first elected in 2014, defeating a better-known Republican, Matt Doheny, in a GOP primary. She’s held the seat since then, winning by double-digit percentage points each time. She served on the staff of Rep. Paul Ryan, and was part of his debate prep team in 2012.

She had a measure of notoriety as the youngest woman elected to Congress in 2014, which was later eclipsed by the victory of another New Yorker, Democrat Alexandria Ocasio-Cortez.

Democrats have been frustrated by claims made in the press that Stefanik is a moderate amid her more centrist leanings on LGBT rights and immigration. Stefanik has also acknowledged being uncomfortable with Trump’s rhetoric at times. Like many Republicans, she was not pleased with the decision to pull back troops in Syria, allowing Turkey’s incursion against Kurdish forces. 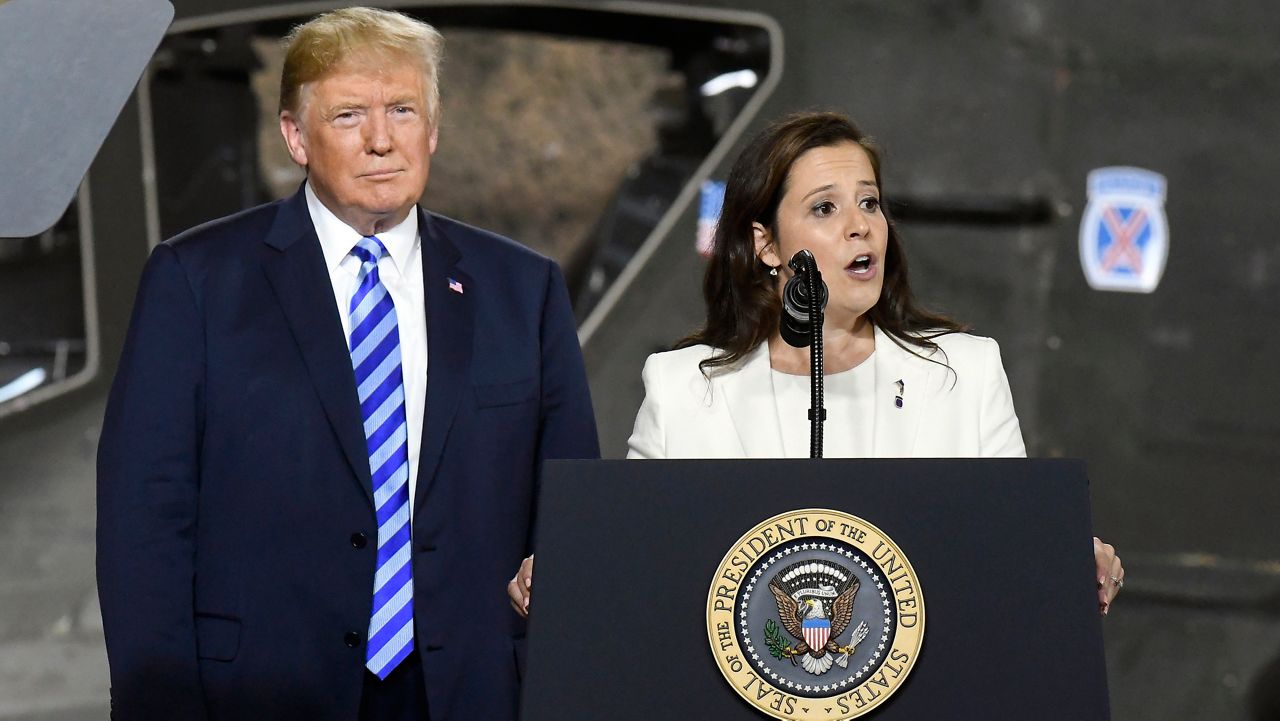 The 21st congressional district was redrawn in the last round of redistricting to better encompass the North Country region of the state. It covers the Adirondack Park and runs north to the Canadian border.

Military issues are key, given the district is home to Fort Drum and many veterans. The state’s North Country region has an aging population and many of the economic hardships that face upstate communities.

The district has been viewed by Democrats as winnable over the years, in part due to the election of Rep. Bill Owens, the first Democrat to win the area in a century.

But the district, which voted for President Obama in 2012, could prove to be fool’s gold for Democrats. It has a conservative, if not outright libertarian, bent and President Trump carried it in 2016 by 14 percentage points.

It’s not an easy district to campaign in or perform constituent work. It’s major population centers — Plattsburgh, Glens Falls and Watertown — are spread out over a vast area of the state that can take hours to drive between. It’s a district that’s more like the rural seats out west, not in the northeast. 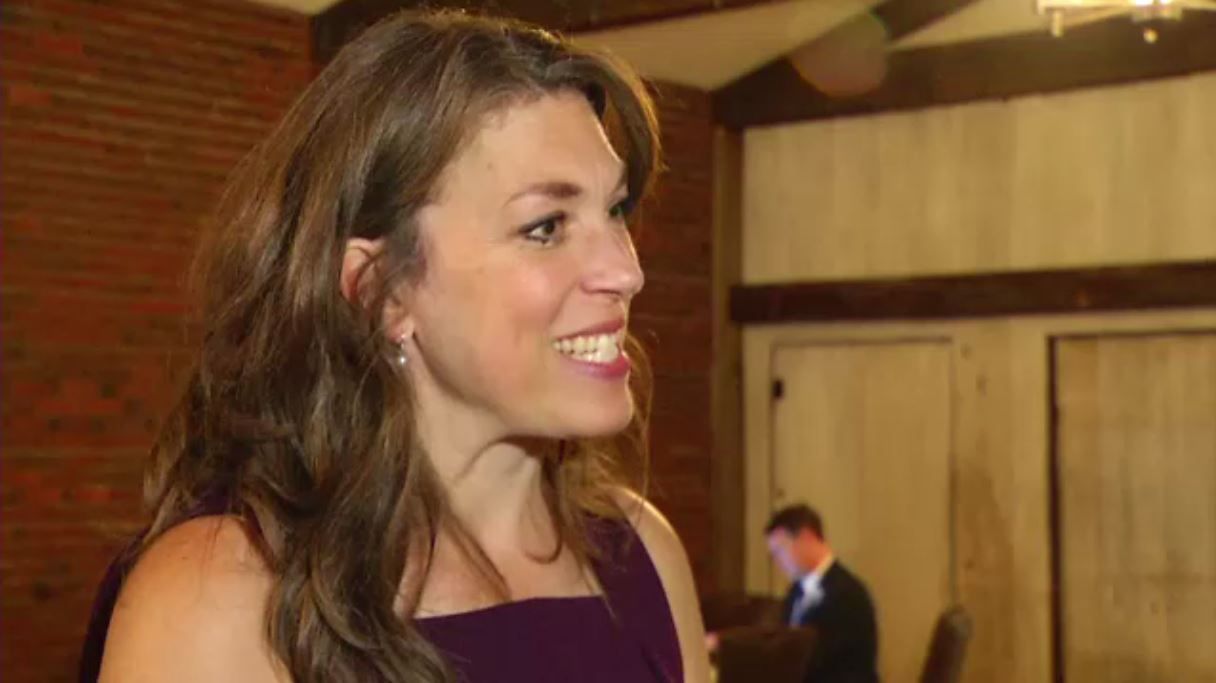 Democrat Tedra Cobb ran for Congress unsuccessfully against Stefanik in 2018. She is again bidding for the Democratic nomination. (Spectrum News Photo)

With roughly a year or so to go until the election, it’s impossible to determine what issues Stefanik will face as she seeks re-election or if her prominent support for the president will help or hurt her.

To some extent, all congressional races are nationalized at this point, and Trump to a certain degree will loom large in different ways in all of them. To the south of NY-21 is the 22nd, where Democratic Rep. Anthony Brindisi has voted to back the impeachment proceeding going forward. He represents a district the president won by a similar margin.