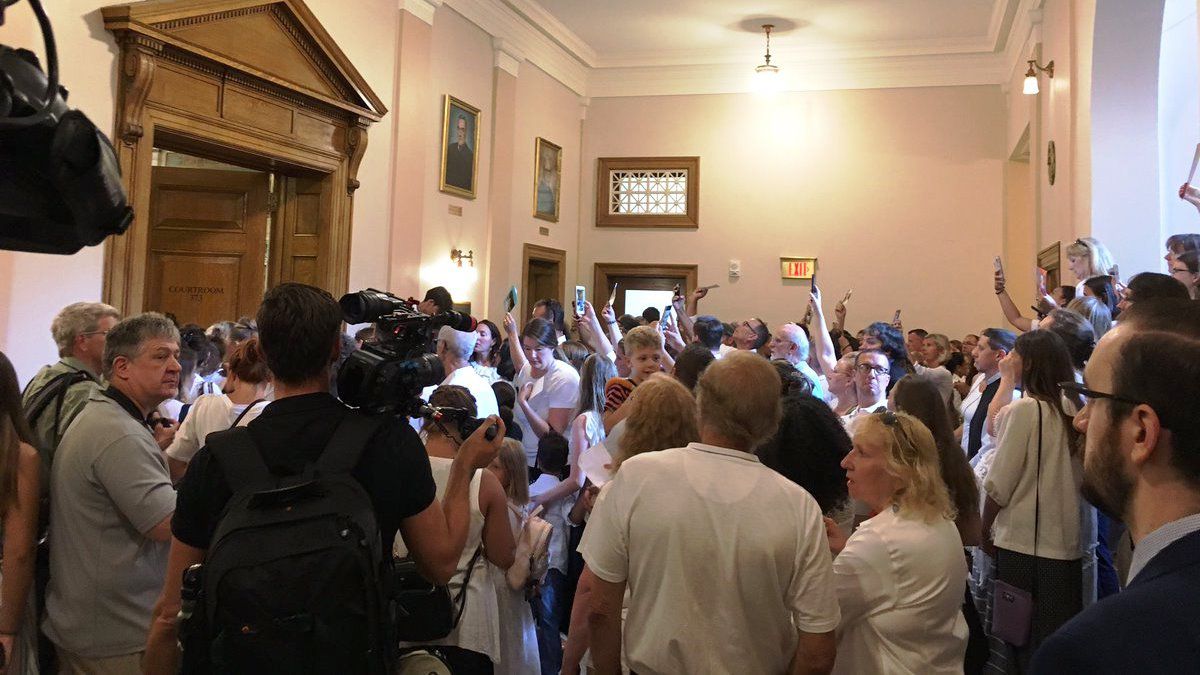 Despite Protests, Here's Why the Courts May Uphold New York's New Vaccine Law

A challenge to a new state law ending the religious exemptions for vaccinations was heard Wednesday in an Albany County Court, and anti-vaccine protesters were a visible presence.

Wearing white clothes and with their children in tow, more than a thousand people lined the block around the Albany County Courthouse Wednesday to hear the opening arguments in a case challenging New York’s end to the religious exemption for vaccinations. Jackie Herig traveled from Long Island to attend.

“I’m very hopeful,” Herig said during a demonstration outside of the governor’s office on the second floor of the Capitol. “We have Jesus on our side. So, there’s two things man can’t mess with. Mother Nature and God. This is going to be one of those moments where we prevail.”

This is the scene outside of the Albany County courthouse where opening arguments in the case challenging the state’s law ending the religious exemptions for vaccinations is being held. The line stretches around the block. pic.twitter.com/lcnHpUAIBk

Others, like John Jackson, said his family would leave the state if the law remains in place.

“I would 100 percent move,” Jackson said. “We relocated here about a year and a half ago for work for my wife’s job. We would leave.”

The case is being argued by longtime legal activist Michael Sussman and Robert F. Kennedy, Jr., a prominent anti-vaccine advocate. In court, they argued that with the school year starting, parents who oppose vaccinations for their kids won’t be able to send them to school next month. Assemblyman Jeff Dinowitz was skeptical of the argument.

“This was always about health,” Dinowitz said in an interview. “It’s never been about religion. And I would go further and say that for some people who claim the religious exemption, it’s not about that either. It’s about not getting their child vaccinated.”

Dinowitz was the lead sponsor of the legislation, which narrowly passed in the Assembly in May amid a measles outbreak in Brooklyn and Rockland County. He expects the law will be upheld.

“The exact same legislation in California was upheld,” Dinowitz said. “The courts have ruled consistently in favor of legislation like this because public health has to take precedence over other considerations.”

The scene outside the courtroom where the law ending religious exemption for vaccines is being challenged pic.twitter.com/G3FCiWD0fe

And despite the crowd converging in Albany, a Siena College poll has shown a different story: 84 percent of voters support ending religious exemptions for vaccinations.