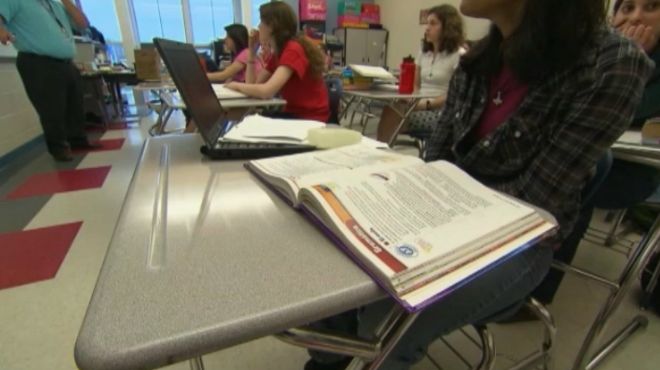 "I think overall I have to look at this as a glass half full and I have to keep reminding myself that just a month ago we found out about a $2.6 billion shortfall," said Pat Fahy (D) Assembly, Albany.

Fahy says there was still a lot to cheer for in the education budget anyway, including more money for after-school programs and pre-kindergarten, even as she had hoped to fund pre-K transportation.

"The fact that we still managed to put almost a billion dollars into education was one of the true winners. I wish we could say the same on child care. I wish we could have done more on pre-K and after school, but in the end they still came out with an increase," Fahy said.

But school districts will now have to live with a permanent cap on property tax increases, making them more reliant on the state for aid.

"Let's face it: This tax cap is widely popular with the average taxpayer. I still think it presents a challenge that we need to be monitoring," said John McDonald (D) Assembly, Cohoes.

The cap was not due to expire until next year, but Gov. Andrew Cuomo wanted the provision to be included in the budget, pointing to the failed plan to bring Amazon to Queens as a warning sign about the state's business climate.

"I think it's part of the puzzle. I think it's one of the many factors that businesses look at in terms of if you're here already, what's driving your cost? If you're looking to locate here, what may influence your ability to be successful in New York state?" said Ken Pokalsk, Business Council vice president.

First approved in 2011, the measure limits property tax increases to the rate of inflation or 2 percent, whichever is lower.