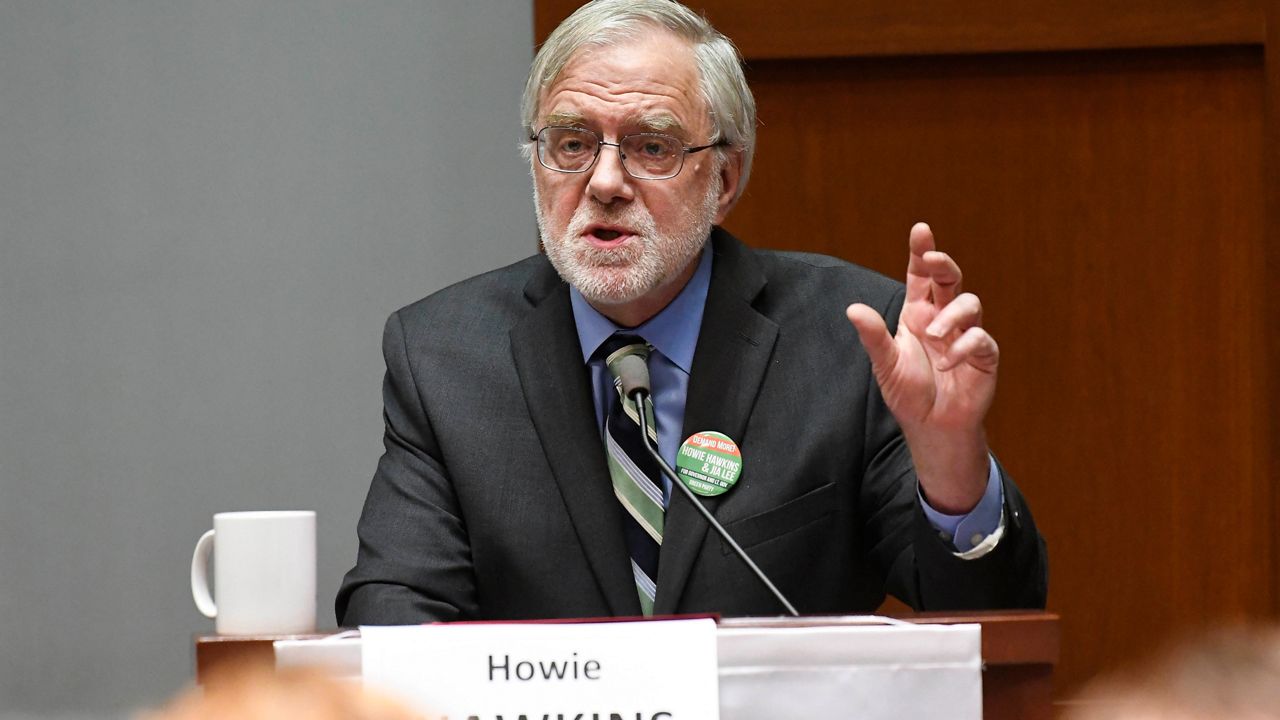 Longtime activist Howie Hawkins is no stranger to running for elective office. This decade alone, he's run for governor of New York three times, Syracuse mayor, city auditor and common councilor. In the decade before that, he's run for the House of Representatives and the U.S. Senate.

This year, he's running for the presidency as the Green Party's nominee. He's going national in a year in which voters are being presented with two stark choices by the mainstream parties, with millions of those voters having already made up their minds.

The argument Green Party candidates have made for years has been there's little difference between the Republican and Democratic nominees. That's a potentially more difficult argument to make in 2020 after four years of Donald Trump's presidency. Voters, perhaps more than ever, have two very clear choices for the direction of the nation in November.

Hawkins, however, believes the pandemic has shown that both parties have failed.

"The two governing parties are governing over a failed state," Hawkins said Wednesday in an interview. "Look at the coronavirus. We have four percent of the world's population and 20 percent of the deaths."

And the Green Party, he said, is still very much relevant even as a debate continues to roil the Democratic Party over how far progressives should carry the platform. Figures like Senator Bernie Sanders retain a sizeable following the party, pushing into the party's mainstream issues like universal access to Medicare.

"He's moved the debate to the left, but not the policy," Hawkins said. "Medicare for all was his signature issue. A lot of the Democratic candidates had to relate to that. But now you've got Biden who said if it crosses my desk, I'll veto it."

Asked about criminal justice reform in the wake of George Floyd's killing, Hawkins said, "it's good to redistribute" some police funding to aid the homeless or drug addiction.

He's not, however, in favor of abolishing police departments entirely.

"You're going to need somebody, I don't care if you call them police or not, to go out and apprehend people who are dangerous," Hawkins said.

The pandemic isn't slowing down his ability to campaign, even if it's virtual.

"Right now we're doing it online," he said. "The travel issue and the strength of the grassroots green party is not so much an issue. We're going for every vote we can get in every state. They talk about battleground states and safe states, but for us every state is a battleground."

Green Party candidates have been criticized in the past as potential spoilers, notably Ralph Nader in 2000. Hawkins's answer: Rank -choice voting. Democrats should embrace ranked-choice voting, in which voters can cast what is in essence a protest vote, but then select a second choice.

"Problem solved," Hawkins said. "And Biden, if you're a Democrat, get Biden to come out for that."

Hawkins believes he's shifted Democrats in New York on key issues like a ban on hydrofracking and increasing the state's minimum wage to $15 an hour. He ran on both issues in 2014, which Governor Andrew Cuomo would eventually embrace.

"A vote for the Green Party -- everyone knows we're for Medicare for all," Hawkins said. "It will be like 2014. I got 5 percent of the vote running for governor. Gov. Cuomo couldn't take us for granted."