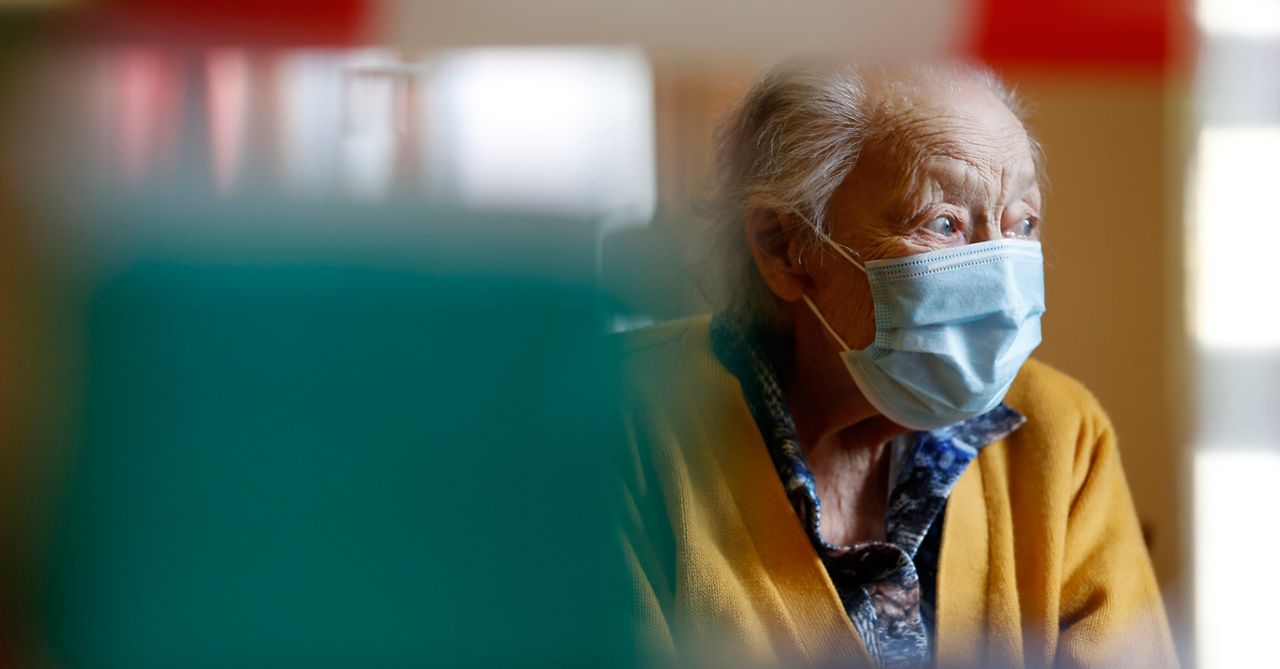 A woman looks away as her daughter visits her at a nursing home.

After numerous reports of underreporting and poor practices in nursing homes, Governor Andrew Cuomo announced on Thursday that the state will be launching an investigation into these long-term care facilities.

NEW: State Department of Health is partnering with AG Letitia James to investigate nursing home violations of executive orders such as requiring communications with families on COVID-19 test results and deaths.

Nursing homes are required by state law to provide their staff with personal protective equipment along with temperature checks; quarantine or transfer COVID-19 residents; notify family members of residents when there are COVID-10 cases; and readmit COVID-19 residents only if they have the ability to provide adequate care.

"They are under a lot of pressure ... This is a very intense situation for nursing homes. We get it," Cuomo said. "But they still have to perform their jobs and do their jobs by the rules and regulations."

There are a total of 613 licensed nursing homes in New York and each one is required to report their coronavirus cases to the state. It is up to each private nursing home to provide their staff with protective gear, but Assemblyman Sean Ryan, a Democrat, says many are failing to do so.

"I've got calls from employees in nursing homes saying their lacking PPEs, I then call the managers of the nursing homes and they say, 'Oh no we're actually fine.' So we don't really know what's going on," Ryan said.

Stephen Hanse, president of the New York State State Health Facilities Association, blames the lack of PPEs on country-wide shortages and says the state should step in to help provide some of this equipment.

Nursing homes are also required to re-admit and admit residents that have tested positive for the virus, only if they can adequately handle them. Yet, even the governor has said that this disease spreads more rapidly in these facilities.

Ryan says although every facility is required to have an infectious disease protocol, many nursing homes, especially in upstate, are not set up to handle these patients.

"Some nursing homes can separate their facilities, have a wing that is COVID only. But other ones are small, maybe don't have wings so I don't think they could actually from the structure of their buildings take COVID patients," Ryan said.

Senator Joe Griffo says these patients should not stay in long-term facilities once they test positive.

"Nursing homes are not hospitals," Senator Griffo said. "They should not become places where you just place infected patients."

Hanse says when this advisory was set up there was a concern of hospital overflow. But he says now that hospitals are in a better position, residents should be allowed to stay at a hospital until they are cleared.

"At this point at this time, it would make sense for that policy, at a minimum, to be implemented on a case-by-case basis, not continue to be a statewide mandate," Hanse said.

NEW: State Department of Health is partnering with AG Letitia James to investigate nursing home violations of executive orders such as requiring communications with families on COVID-19 test results and deaths.

This investigation will be led by the Department of Health and Attorney General Leticia James.

The governor also announced preliminary results from the 3,000 antibody tests taken from random people around the state.

These tests were conducted over two days in 19 counties and 40 localities, and outside grocery stores or box stores statewide.

Cuomo: Says out of the 3,000 that received the antibody tests: 13.9% tested positive for having the antibodies, which means they had the virus and recovered.

Results showed that around 13.9 percent of people surveyed had the antibodies from catching the coronavirus and recovering. The majority of these cases were downstate, with only 3.6 percent of cases found to be upstate.

Taking these results, Cuomo said roughly 2.7 million people could have been infected statewide. The antibody tests also showed that the death rate may be lower than some estimates.

Cuomo: If infection rate is 13.9%, the death rate may be lower than some estimates. Cuomo says this means approximately 2.7 million people could be infected statewide with the coronavirus, using the 3,000 antibody tests as a base.

The hospitalization rate and intubations continue to decline statewide. However, 438 people passed away from COVID-19 in the past 24 hours in New York.