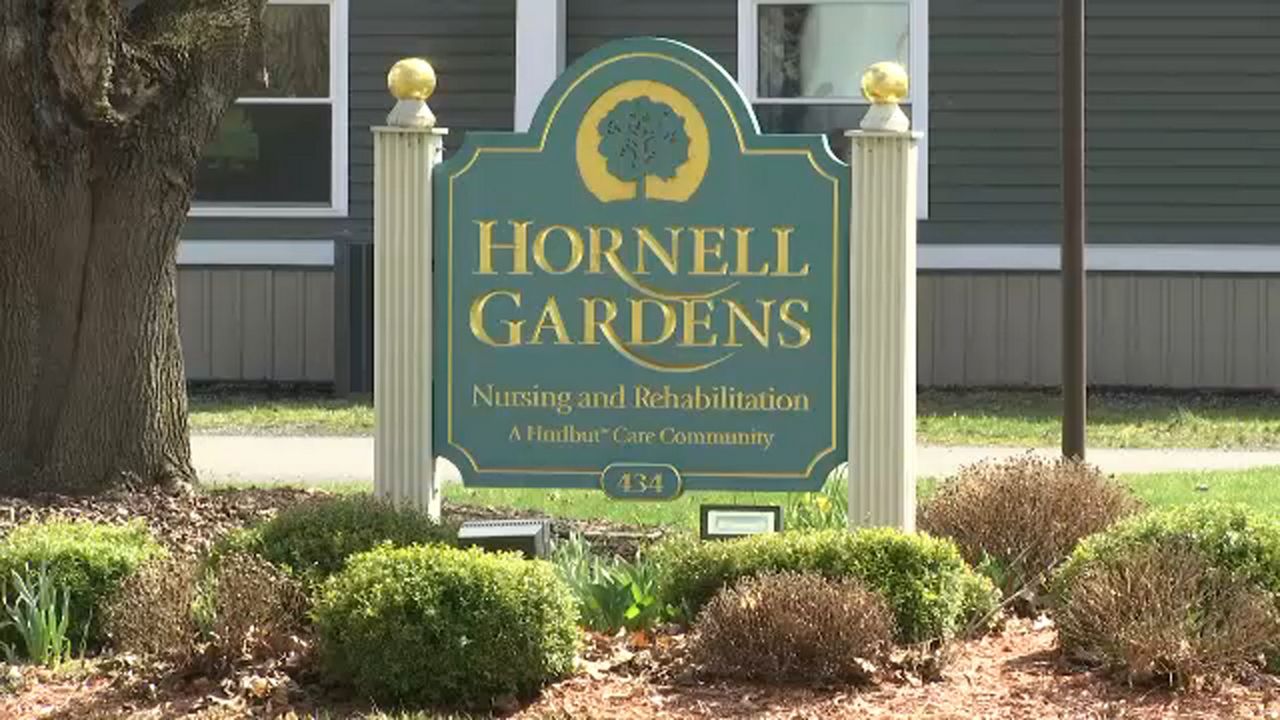 Steuben County has recorded nearly 30 COVID-19 related deaths, 15 of them at nursing homes. At least one of those deaths has been at Hornell Gardens.

As nursing homes have become ground zero for the novel coronavirus outbreak across the country, Hornell Gardens is facing new scrutiny for recent practices.

“Though we came into the building, we get our temperature taken. We’re cleared to work and we’re given a mask. That’s what should have happened. Instead, we were not given masks. We were told we didn’t need them,” said Colleen Cole, a former worker at Hornell Gardens.

Nurses said they were given the option to resign after voicing concerns. And ownership is declining to do interviews.

Throughout the last couple of weeks, Hornell Gardens has had several former employees and family members of residents come forward with concerns.

Spectrum News cameras caught nurses standing at the window in sheer gowns and surgical masks, with signs reading “This is my PPE.”

“I didn’t decide to leave. I was asked to clock out and not return,” Cole said. “However, I did bring up concerns about the use of PPE.”

Cole said her staff was being forced to share a one-time disposable gown among the staff.

“I had to be loud and let them know what was going on in there, because my coworkers and the residents were in danger,” said Cole.

“I saw gowns lined up and down the hallways,” said former Hornell Gardens staff member Michelle Leach. “The evening supervisor told me that everyone was in isolation due to a positive COVID resident, and everyone had to share gowns."

Leach said she was also given the option to resign after writing a letter saying she refused to share PPE and risk cross-contamination.

A statement issued by Hurlbut Care Communities, the owner of Hornell Gardens, addressed several measures the facility is taking to protect residents and the efforts to secure PPE for staff, though it doesn’t address the allegations of sharing.

It also doesn’t address the other concern the former nurses shared — employees with COVID-19 continuing to work at the home.

“From my understanding, there are some cases of positive with the employees,” said Hornell Mayor John Buckley. “If they’re asymptomatic, they continued to work, but only with the positive patients. They’ve separated the positive residents from the negative, and that applies to the employees as well.”

It’s unclear exactly how many positive cases are inside Hornell Gardens — though there has been at least one death, and on one day last week, the county said there were 46 new cases of COVID-19 in area nursing homes.

As of Monday, there were 195 cases in Steuben County. Five new ones had come in contact with Hornell Gardens on April 10.

However many positive cases there are in the home, it’s enough for the state, county, and city to band together for a response to the spread.

“It seemed like it was getting to a critical mass and nothing was happening,” Buckley said. “So the frustration on my part was growing, and I know it was growing on county officials. So we started pressing them harder and then we started having these meetings, and that was how the plan was born.”

Now, residents testing negative for COVID-19 will be moved to another Hurlbut Care Communities facility in Waterloo, indefinitely.  As of last Thursday, only 20 residents needed to be moved.

But PPE and COVID-19 positive employees still aren’t the only concerns at the facility.

Tarah Green is a Hornell resident. Her grandmother, Florence, was a resident of Hornell Gardens since 2009. She died of COVID-19 inside the nursing home on April 10.

“We believe that she contracted the virus sometime in the last week of March,” Green said. “That was around the time that a nurse had come forward with the fact that she wasn’t being provided with her own protective wear.”

Florence was in the home because she was wheelchair-bound. And she hardly left the room — no communal dining. Only bingo.

“We were worried as a family, but my grandmother had a private room there. She didn’t do communal dining. We thought the steps were being taken to prevent a mass spread of the virus,” said Green.

But Hurlbut’s statement said all residents positive with COVID-19 are put into isolation. So Tarah is trying to understand exactly how and when her grandmother contracted the virus.

“As much as the first week in March, not leaving her room, how did she end up in this situation when she did all that she was supposed to do?” said Green.

Hurlbut Care Communities declined to do an interview, but did release an updated statement regarding some of the above allegations.

“All staff and residents at the facility were tested to ensure all potentially pre-symptomatic and asymptomatic cases were identified before additional transmission could occur,” the statement read. “The majority of cases detected as part of this rapid testing were asymptomatic.”