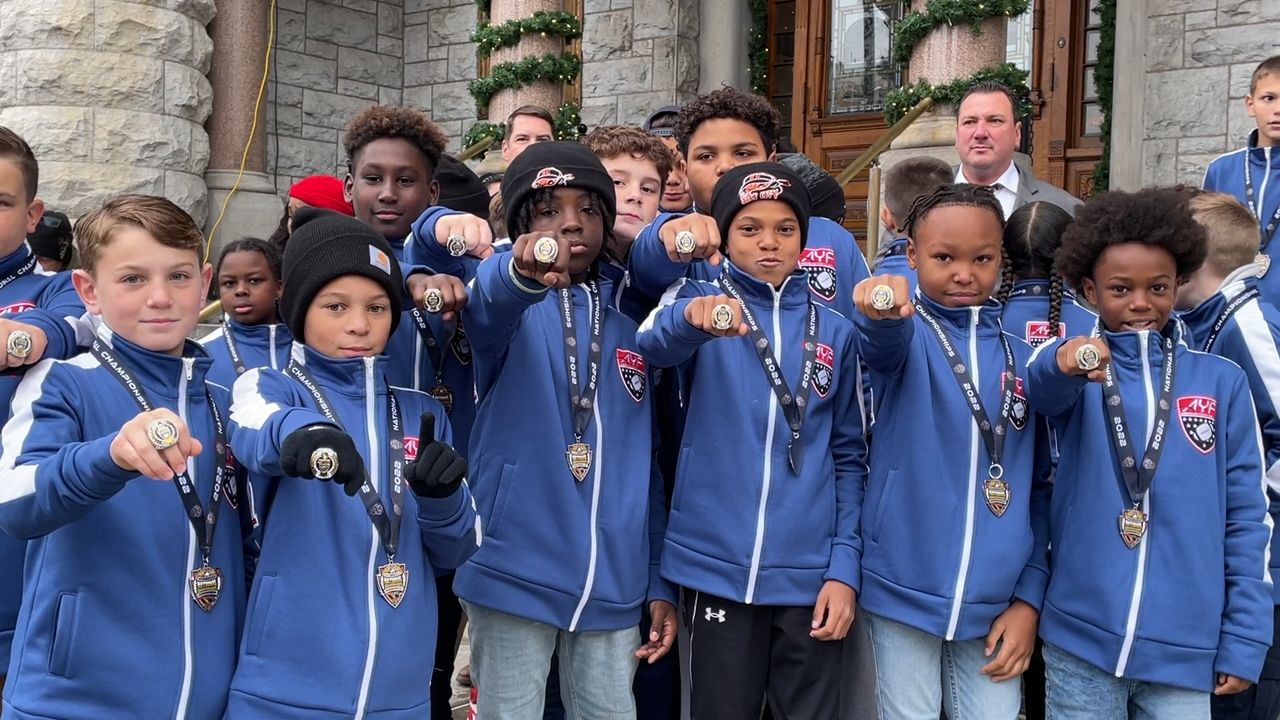 "Little Syracuse, New York did it:" Those were the words of Justin Kozlowski, the head coach of the 10U Salt City Renegades, after his youth football team accomplished what no other from Central New York has.

“I just can’t believe it," said Kozlowski. "We’re the first team ever from Central New York to bring home a national championship."

They did it in their second year as an organization. In early December, Salt City defeated Ohio Tiger Academy to win the American Youth Football and Cheer Division 2 10-U All-American championship. But like every championship, there are challenges.

“It’s a grind," Kozlowski said. "When you get done with your regular season you really have another season to play. We won upstate AYF championship, New York state championship, and the Big East region to get to nationals. Once you’re in nationals, it’s a week-long event; you play three games in a week.”

Kozlowski recalls one moment where it all came together.

“When we made the upstate AYF [American Youth Football] championship," he said, "what I saw switch is the joy in their face in celebrating for each other, celebrating for the team. We always say 'don’t count your reps, make your reps count.' That’s really what sailed us to nationals.”

“It’s a overwhelming experience for the achievements of these young kids to be recognized by the city of Syracuse," he said. "When these kids get my age and they have kids of their own, they’ll then understand the significance behind what they accomplished."

An unforgettable season comes with everlasting memories. For Dotts, it was all about coaching his son.

“To finally be a part of a national title with my child and his friends is unbelievably humbling and one of the best feelings I’ve ever experienced in my life," Dotts said.