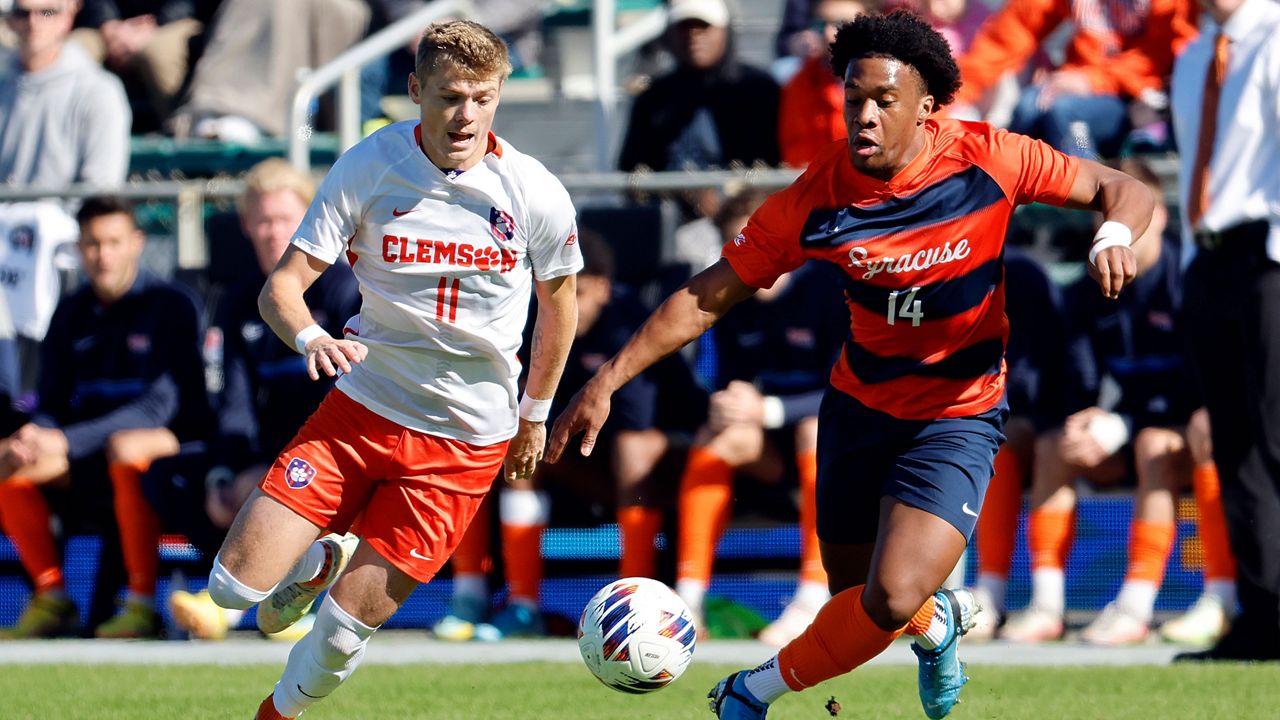 It’s a dream season for Levonte Johnson and the Syracuse men's soccer team.

“For us to be able to do that, to be ranked third in the country, win the ACC Championship, winning the regular season, making a run in the NCAA Tournament, it’s really amazing,” Johnson said.

He is a seasoned veteran who has played for four programs over the last four years. Johnson has learned from some of the best along the way, spending time playing in England and getting a chance to showcase what he can do at the MLS Combine. He said every stop has been an opportunity to learn something more.

“Respect the game and it will respect you because there are a lot of lessons in this game," Johnson said. "Just try to take in what it can give and try to learn from that.”

But he says it hasn’t been easy jumping from place to place.

“It’s been tough at times, but I kind of enjoy it, experiencing new environments," Johnson said. "So I’ve kind of become accustom to fitting in in different places when need be. It’s really nice to experience different types of culture, different types of guys. I’ve made a lot of friends along the way, so there are no complaints for me.”

But playing with Syracuse, means just a little more for Johnson. It’s an opportunity for his family and hometown friends to make the four-hour drive from his home in Brampton, Ontario, and finally get to see him play in college.

“They haven’t been able to do that in five or six years so its the first time they’ve watched me play in a really long time. So I do enjoy it even though they get pretty nervous when they do come so they don’t like coming," Johnson said. "Looking for them in the crowd before the game. After the game going to talk with them and give them hugs. It’s very nice.”

While the opportunities to see Johnson play become fewer with each passing day, he sets his sights on one day at time, with hopes the season ends with the Orange as national champions.

“One thing I always say is to remember to have fun when we’re playing, but there’s also that fine line of putting in that hard work," Johnson said. "I feel like if we play our game, there’s not a lot of teams in the country that can beat us if there are any. So as long as we’re focused on that, we can go really far in this tournament.”