As winter approaches, mental health experts say they are beefing up efforts to reach farmers who may need help dealing with isolation.

NY FarmNet, based out of Cornell University, is one local group that offers resources for farmers who lack a support network. The CDC says farmers are 150% more likely to die from suicide than the general population. 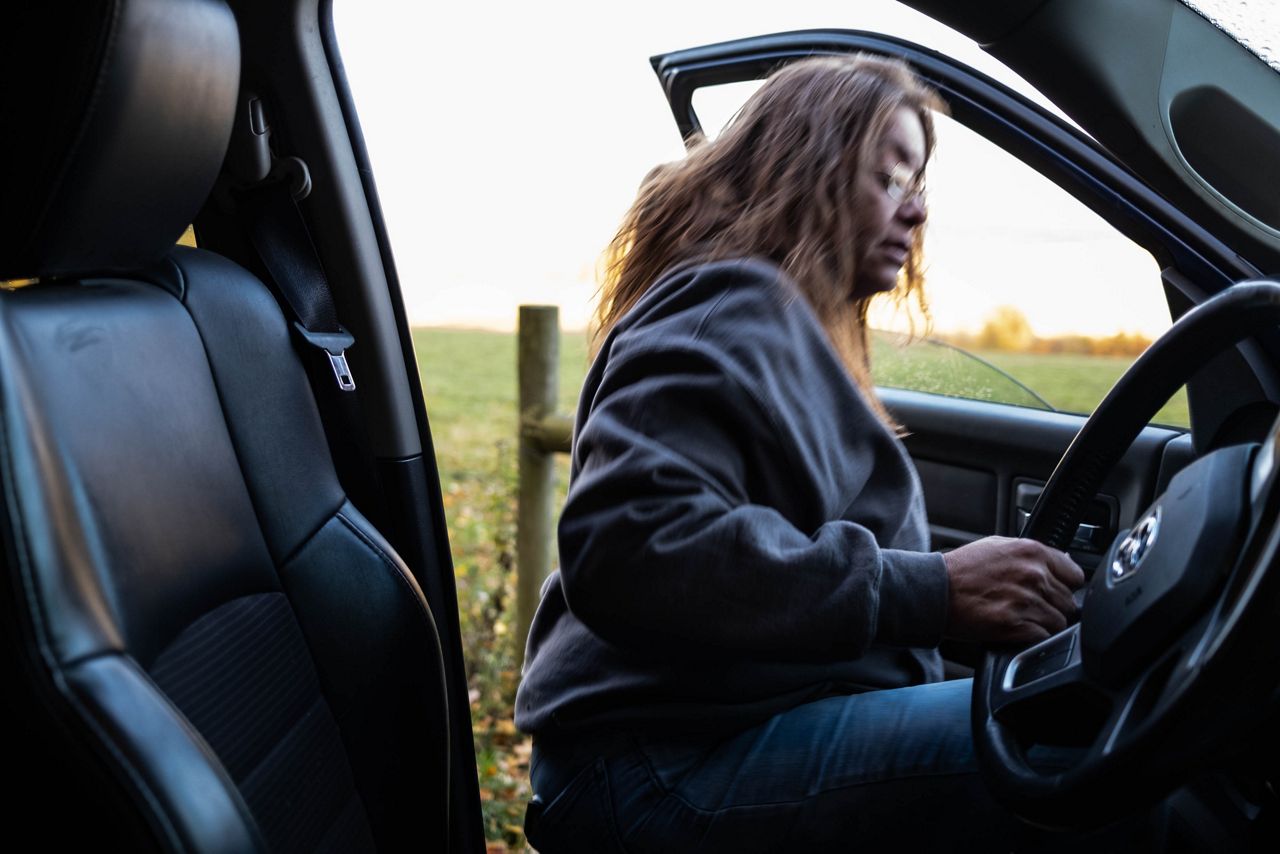 Doreen Barker gets into her truck. (Emily Kenny/Spectrum News 1)

“I've never met a farmer that didn't love to talk, and they spend most of their working hours alone,” Becky Wiseman, a clinical social worker at NY FarmNet, said. “The stressors that they have, whether it's dairy, or growing crops, and having to deal with rising prices, whether it's just dealing with the weather, they don't have that network of support systems to lean on and they’re taught generation to generation, you're tough, you can do this and so they're inwardly focused and isolated.”

Wiseman invited anyone who works in agriculture to attend the classes, even if they aren’t farmers. People who work in the industry interact daily with farmers, so they may notice signs and symptoms before others.

Doreen Barker, who started Barrows Farm near Lisle in 2008, said the job of a farmer is often misunderstood. Farmers don’t get days off very easily, the hours are long and the cycle of tasks is never ending. To build a community for women farmers, Barker started a Facebook group called NY Farm Women. 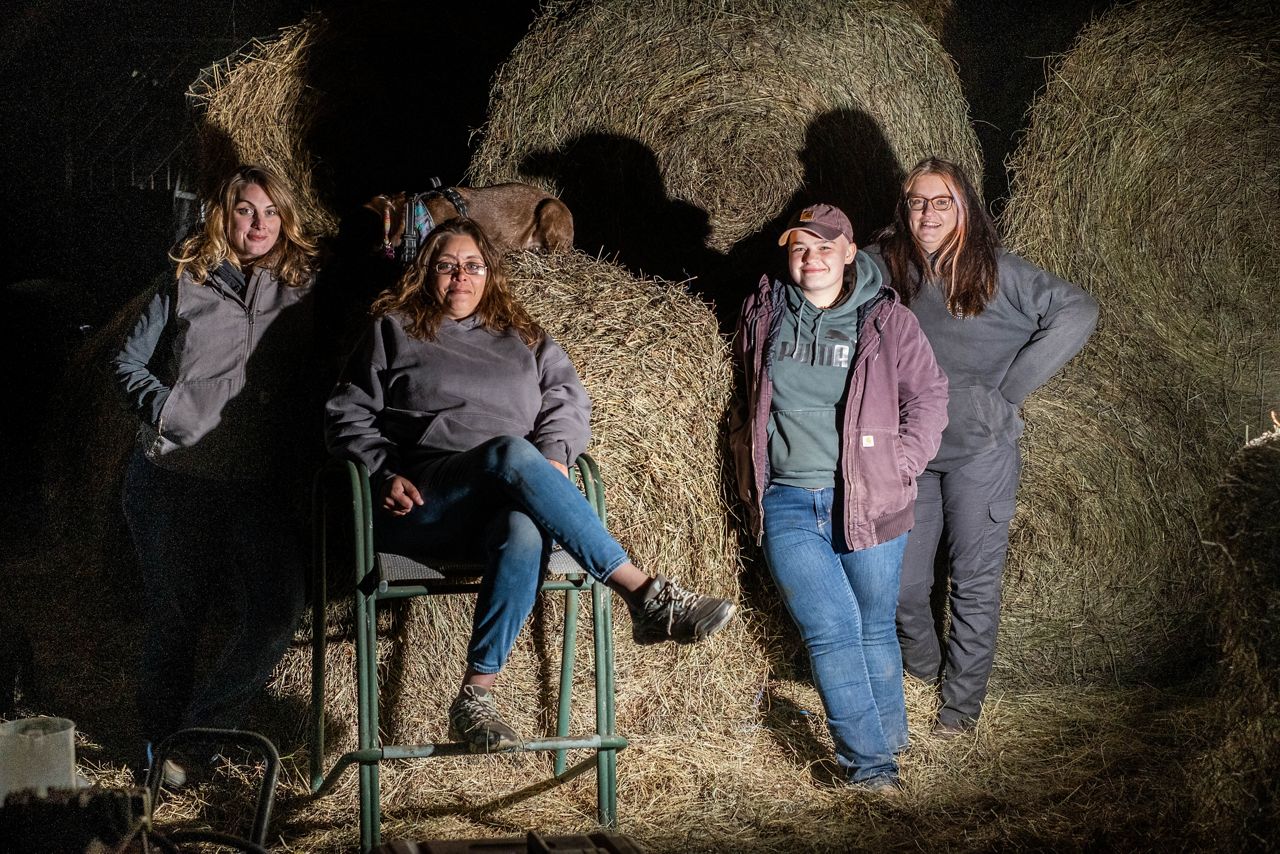 A portrait of Doreen (second from left) with her daughter, and two close friends. They have coordinated weekly hangouts in Doreen's barn to vent about issues they face working in agriculture. (Emily Kenny/Spectrum News 1)

There is a continuous cycle of things to do so it is hard to take time off or go on vacation.

“There's never an appropriate time to actually be down because there's always something that has be done,” Barker said. “Especially here in New York, where we do have four seasons.” 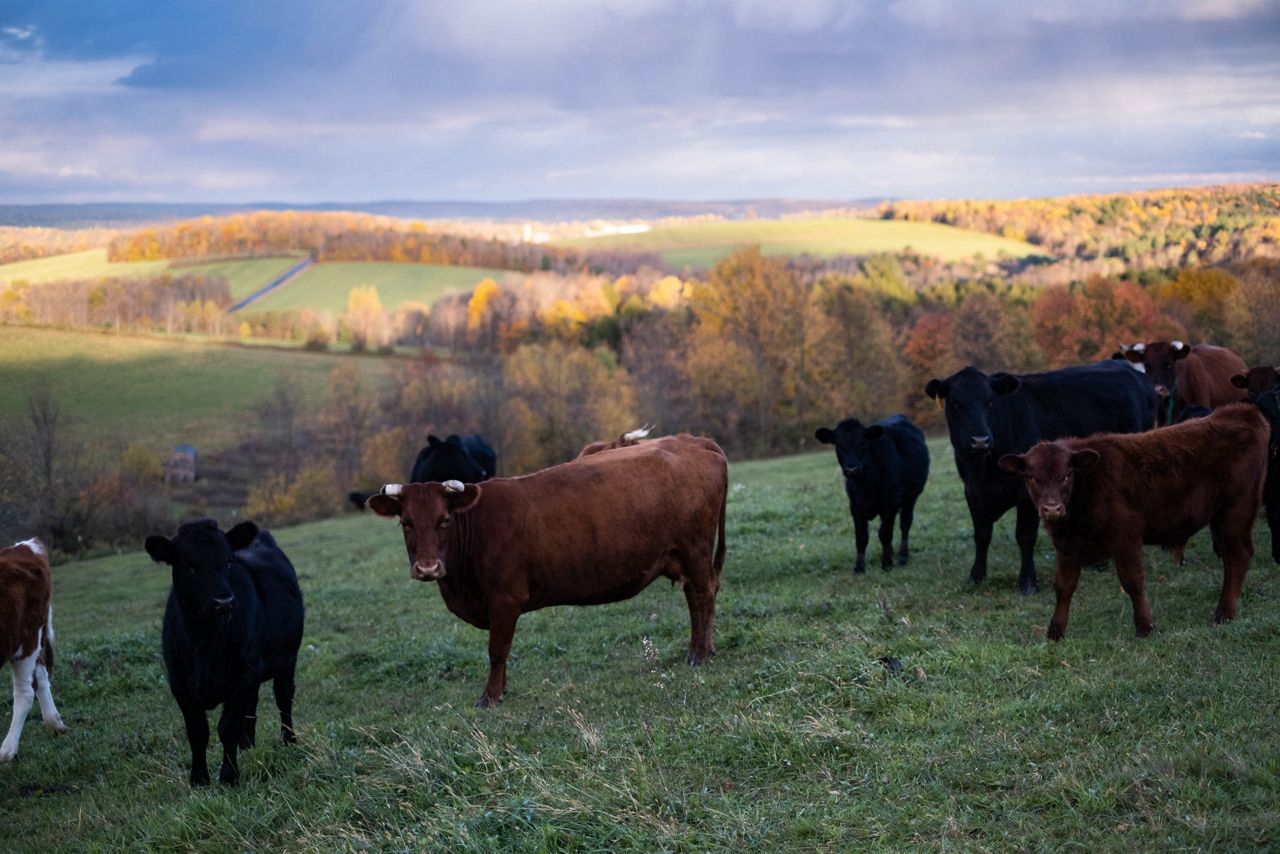 Barker said she has developed strong relationships with other women farmers that help her maintain her mental health. She is grateful for the efforts of organizations like NY FarmNet to help others with their mental health, too.

Wiseman, who instructs the mental health first aid classes at NY FarmNet, said she hopes those who enroll in the courses learn to see mental health issues without the stigma they often come with. 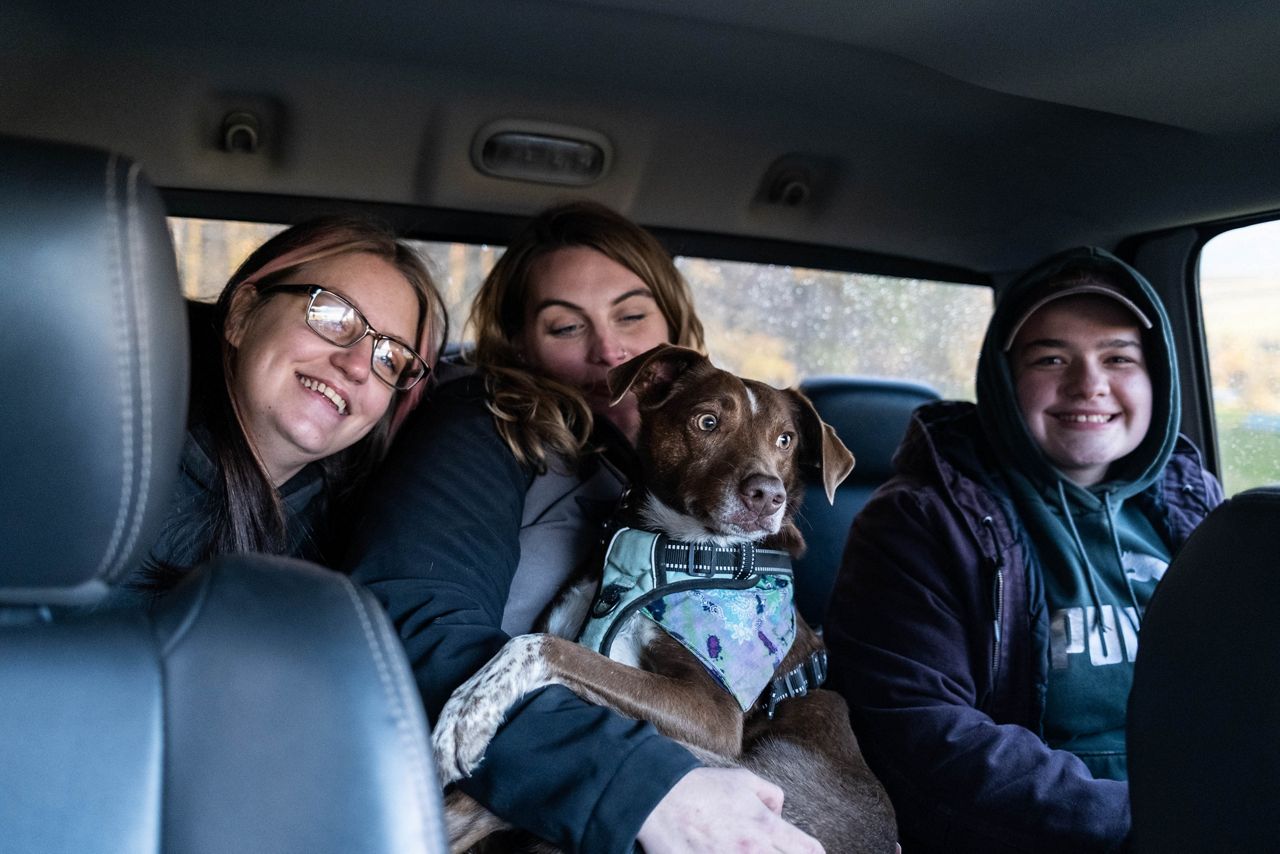 Doreen's daughter and two close friends ride in the backseat of her truck. (Emily Kenny/Spectrum News 1)

“I hope that they'll be able to see new personal resources that they can use when they're working with farmers and to listen, with every sense,” she said.

Other agencies that work with farmers said the classes boosted their skills.

Casandra Vernon is a farm loan officer at the USDA Farm Service Agency. Her job is to provide financing to farmers who can’t get funding elsewhere. 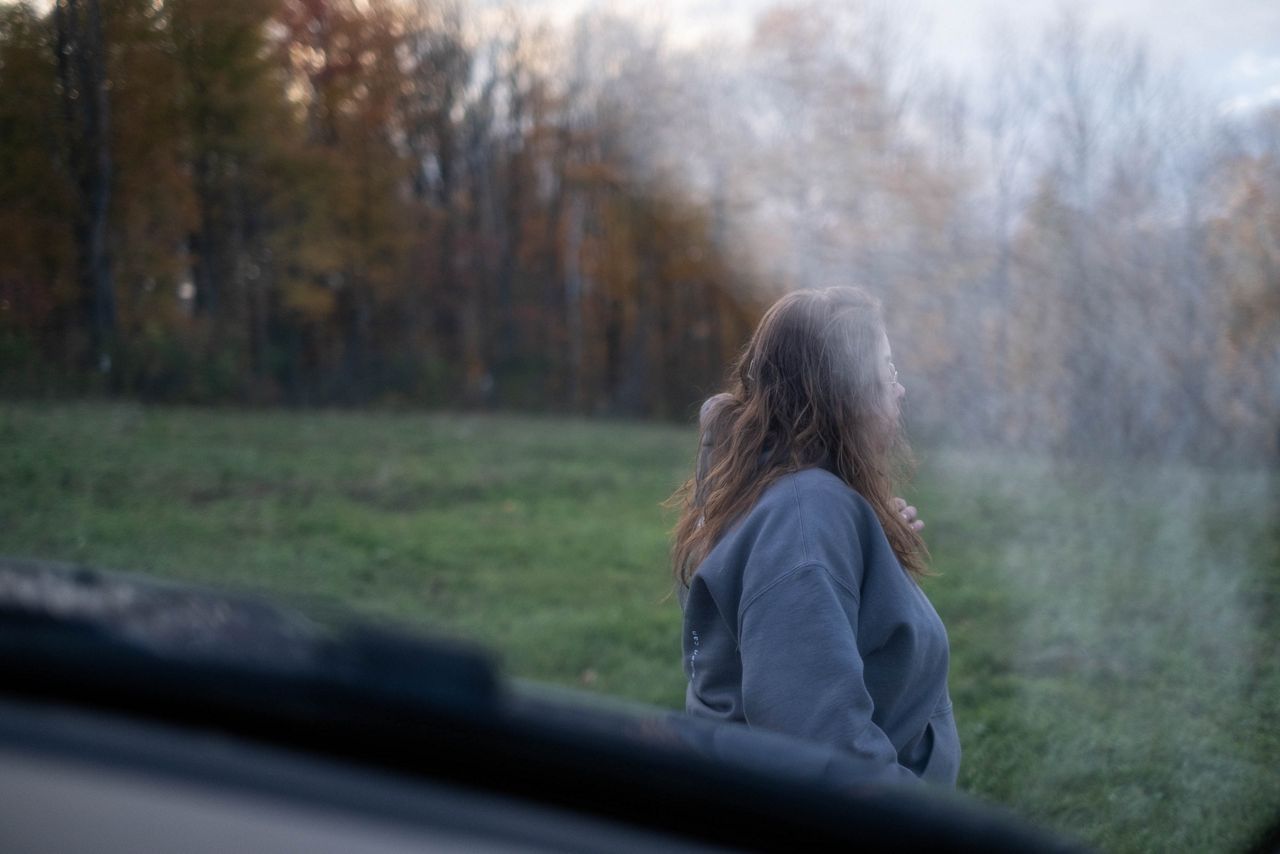 Doreen looks out to the pasture at her cattle. (Emily Kenny/Spectrum News 1)

“Awareness is super essential in any field, but we as farm loan officers tend to give bad news,” Vernon said. “Taking a course like this really helps us to be able to maneuver those emotions that our borrowers might be feeling when we deliver such news.”

“I wanted to have better skills, and know how to help folks,” Sheehan said. “It's a hard time to be a farmer and a business owner right now.”