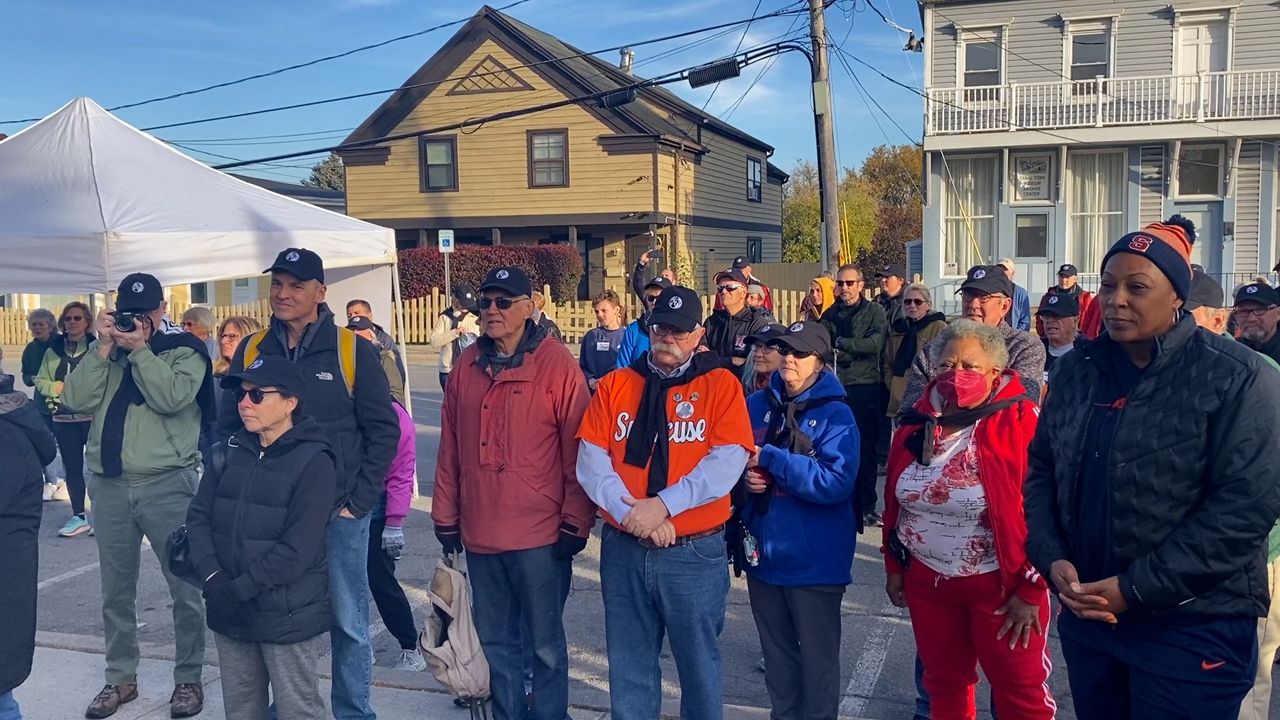 Retracing the steps of freedom fighters nearly 190 years later, the inaugural reenactment of the abolitionist freedom walk took place in Madison County Sunday morning. Community members and local leaders traced a portion of the footsteps from 104 brave souls who escaped an angry mob of anti-abolitionists in Utica back in 1835.

“One hundred and four of them got on a canal boat and traveled from Utica here to Canasta, right here on the brink of the Erie Canal and walked the nine miles to Peterboro, up the hill, the elevation of 1000 feet,” said Dorothy Willsey, president of the National Abolition Hall of Fame and Museum.

Three hundred other delegates came from Vernon, N.Y. to join them on Oct. 22 in Peterboro to form the New York Anti-Slavery Society. The modern-day walk-in Canastota, organized by the National Abolition Hall of Fame and Museum, is meant to spread the delegates’ message of freedom.

The inaugural reenactment of the Aboloiotnist Freedom Walk took place in Canastota. A portion of the vigorous 9 mile walk was reenacted by registered walkers. More on @SPECNews1CNY pic.twitter.com/zQl3vmKKHz

“They had to go through a tumultuous thought process of dying, of getting caught, of getting into a situation where life could end. They continued on because of the word hope and the word freedom,” said Syracuse University Women’s Basketball coach Felisha Legette-Jack.

Legette-Jack helped kick off the event. A portion of the vigorous hike to Peterboro from Canastota was reenacted with a five-mile hike by registered walkers.

The hope for next year is to retrace the entire nine-mile walk.