The view of the grapes at Wagner Vineyards. (Emily Kenny/Spectrum News 1)

How it’s made: New York’s Riesling wine and its Ukrainian roots

Popping from winery to winery in the Finger Lakes on wine-tasting adventures has boomed in popularity, thanks in part to the unique styles produced in one of the country’s most well-known wine regions.

Tracing the beginnings of one of those styles — Reisling — takes you back seven decades and halfway around the world, and it remains one of the most popular of the vinifera varieties. 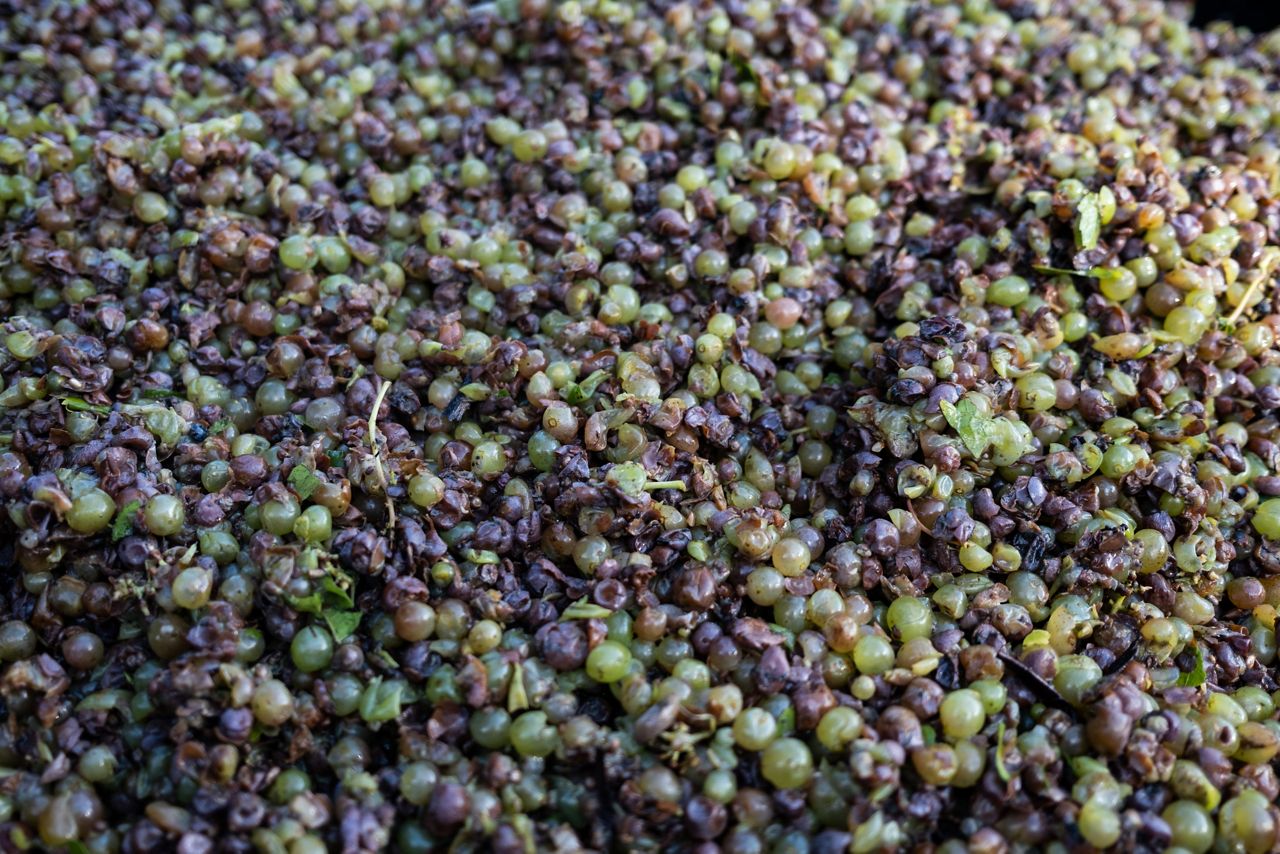 Freshly harvested grapes at Wagner Vineyards. Riesling grapes will go into a press right after harvest where the juice will be pressed from the grape. (Emily Kenny/Spectrum News 1)

“In the 1950s, Dr. Konstantin Frank moved over from Odessa, Ukraine, where he was growing a lot of varieties of Riesling and other vinifera varieties,” said Alex Jankowski, marketing and communications manager at Wagner Vineyards. “He came over here as a refugee and heard everyone saying you can’t grow those here. He was like well, we do it there, and it's similar, harsh winters, and not a lot of sunlight.”

Jankowski says Frank brought many techniques with him that have helped wineries in the area grow Riesling in upstate’s stubbornly cold and sunlight-deprived climate. One of those techniques is called hilling, which aims to project the vine’s root system. 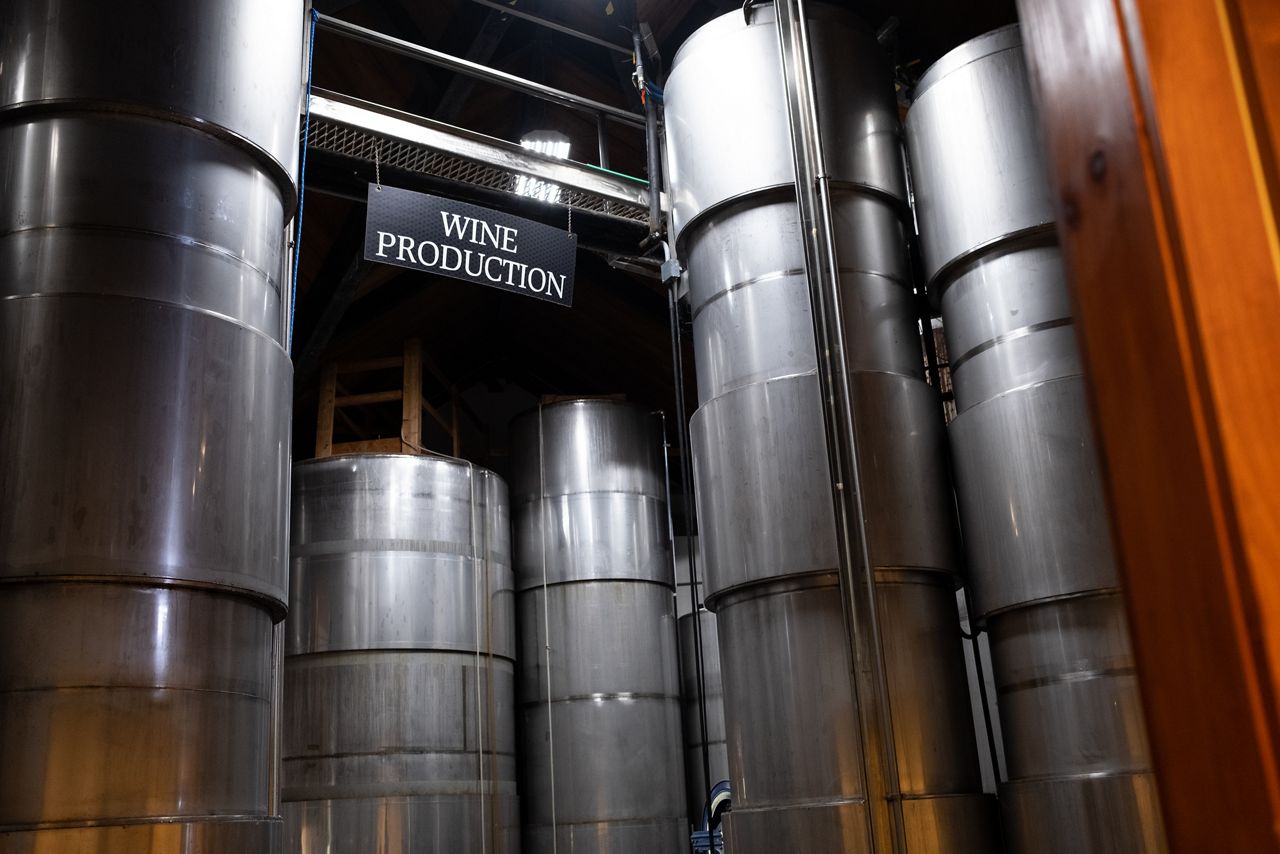 The juice will then go into a tank to ferment with added yeast, which eats the sugar and expels carbon dioxide and alcohol. During this time, it will be monitored by the winemaker to track how much sugar is in the wine. The residual sugar level will lead to specific flavor characteristics. (Emily Kenny/Spectrum News 1)

The graft union is the part of the vine where the root system from American varieties and the vines from the old-world varieties are connected. 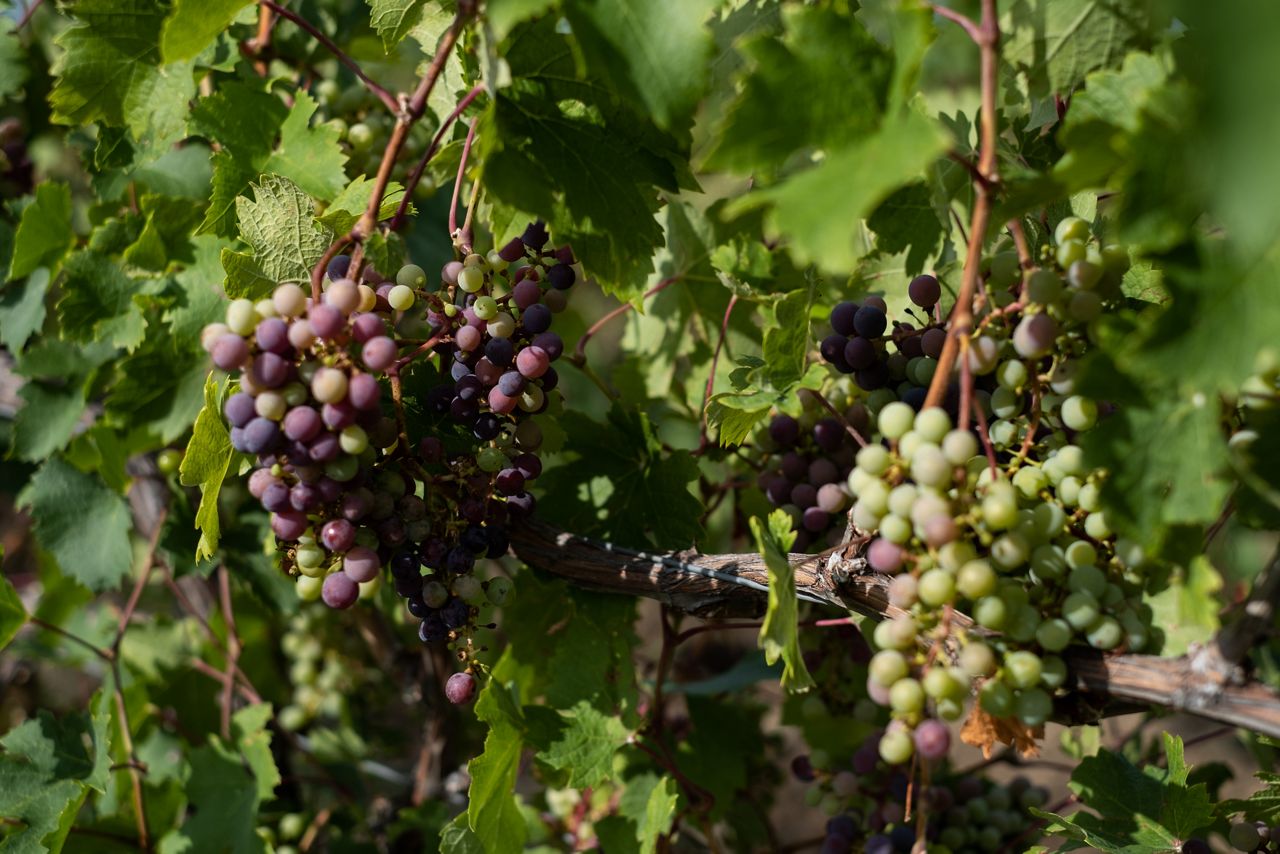 Grapes on the vine at Wagner Vineyard. The winemaker decides when to stop the fermentation process depending on what type and style of wine they are making. (Emily Kenny/Spectrum News 1)

“An old-world variety, Riesling, chardonnay, pinot noir, those vines’ old roots are not resistant to a disease called phylloxera,” said Jankowski. “And in the 1700s, it almost wiped out all the vines in the world because it was this pest that lives underneath the ground so it would just destroy the whole vine, however, phylloxera is endemic and native to America, so American grape varieties like Concord, those roots are resistant to it.”

Grape growers now will graft the American root system to the old-world vines, so the roots are resistant to phylloxera keeping the entire plant alive. 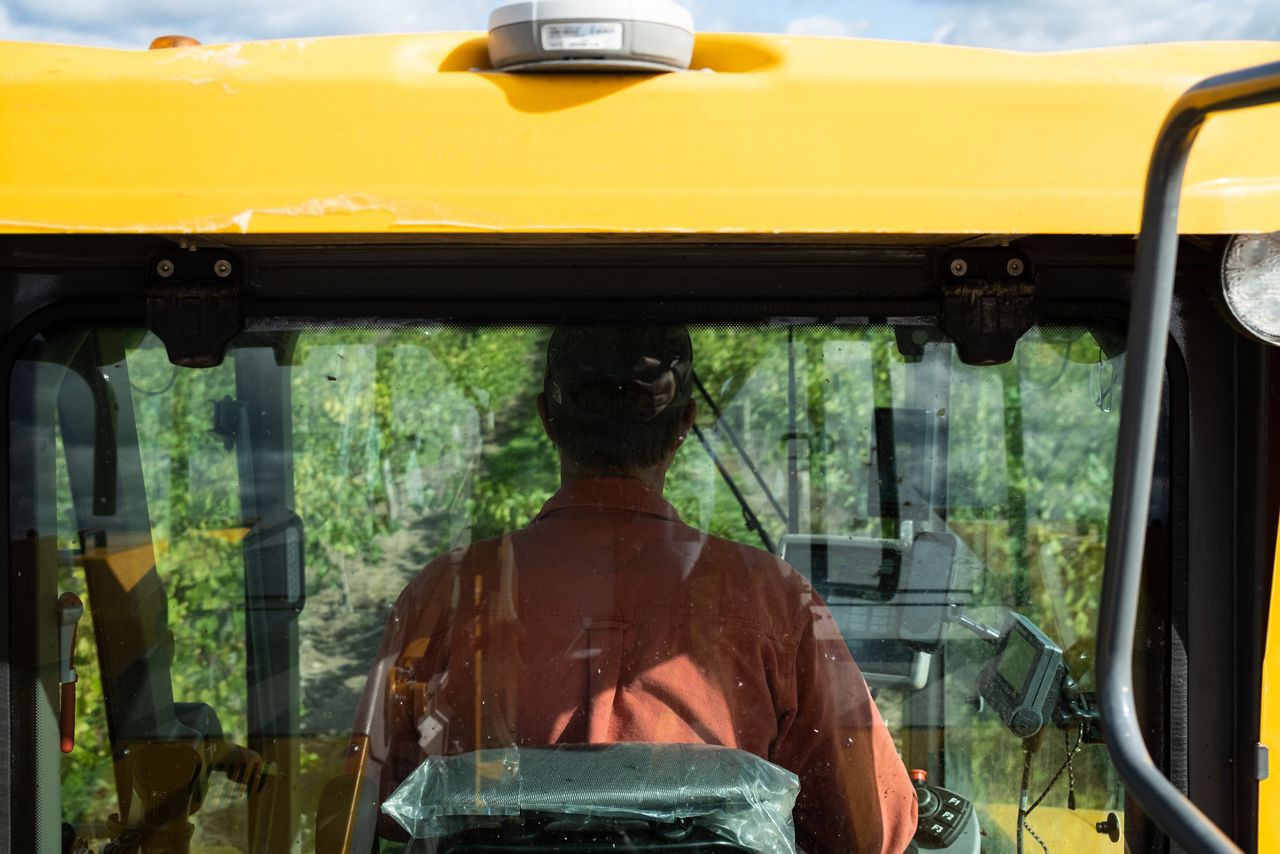 Bill Wagner opened Wagner Vineyards Estate Winery in 1979. He was a third-generation grape grower and after the New York Farm Winery Act was passed in 1976, he decided to make their family grapes into wine.

“Ever since we opened, we have been what's called 100% estate bottled,” said Jankowski. “What that means is all of the grapes that go into the wine that we make are grown right here on our farm.” 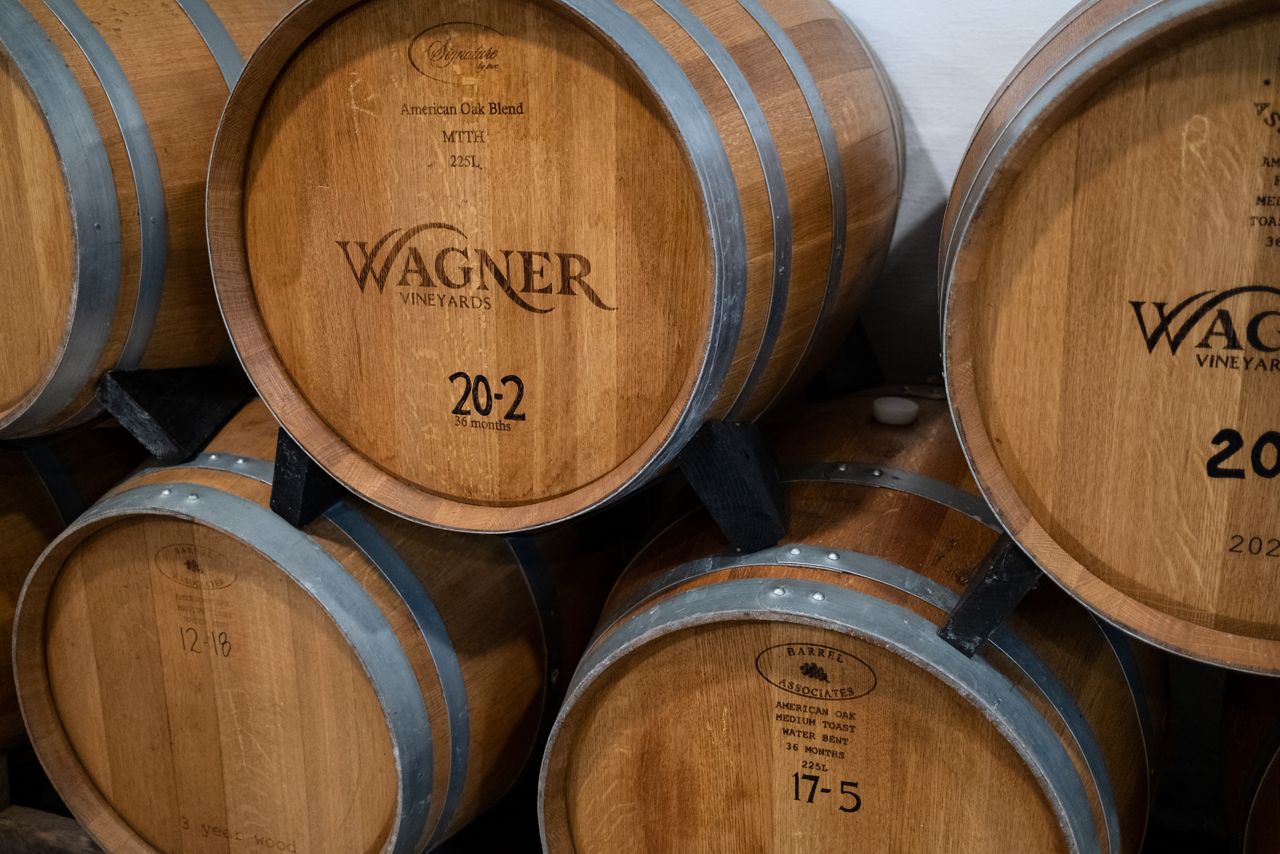 After fermentation is stopped by filtering out a specific amount of yeast, the remainder of the yeast cells settle to the bottom. These cells are filtered out when the wine is transferred to a different tank. This process happens twice and the second time, the Riesling wine is moved to a tank that is cool to prevent secondary fermentation. (Emily Kenny/Spectrum News 1)

Currently, Wagner Vineyards farms 240 acres of grapes, 62 of which are Riesling.

Kathy LaTour, sommelier and Banfi Vintners professor of wine education and management at Cornell University, says the Riesling grape is very versatile and can be made into many distinctive styles of wine. 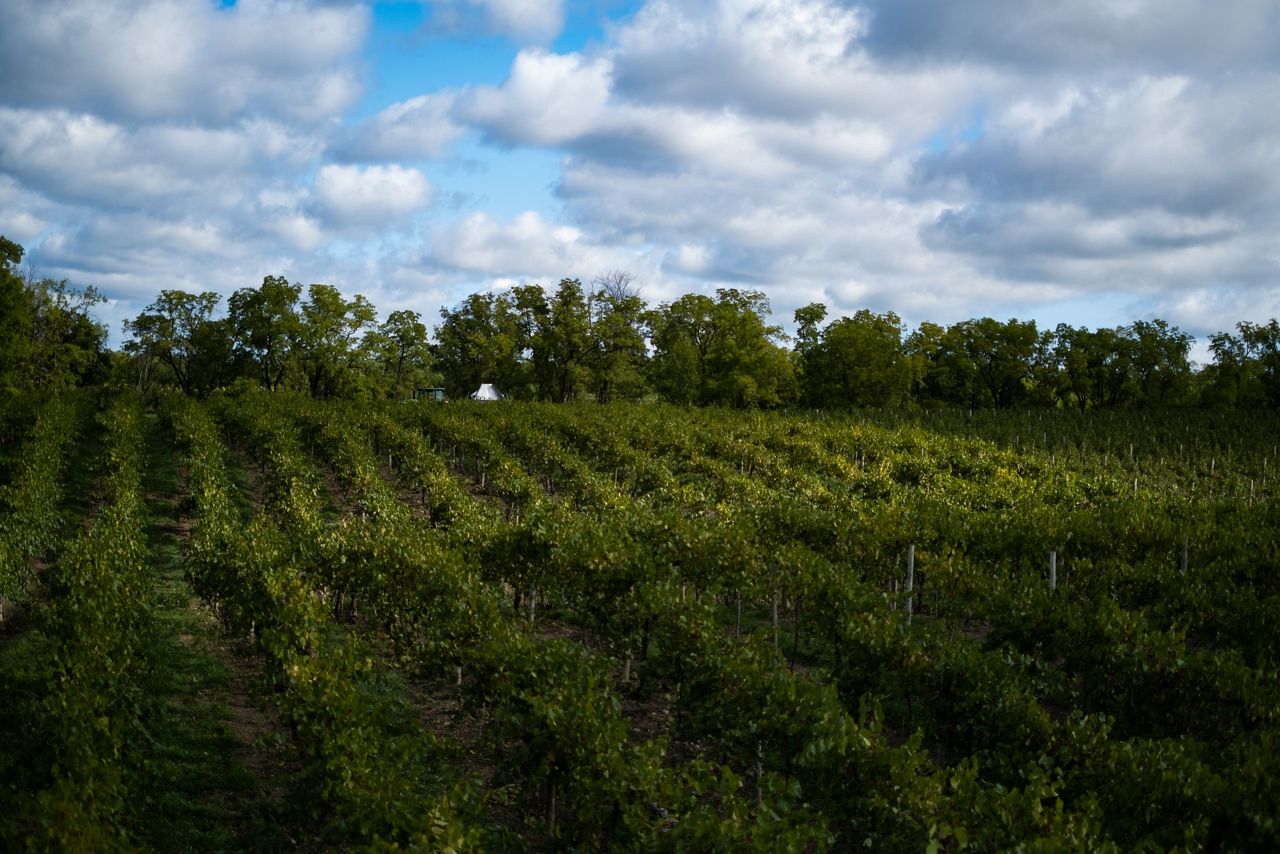 A view of the vineyard at Wagner. Once the winemaker feels the wine is ready, they will bottle it to be sold. (Emily Kenny/Spectrum News 1)

Wagner Vineyards sells all these styles of Riseling.

LaTour said Riesling grapes grow well in this region due to the colder climate. 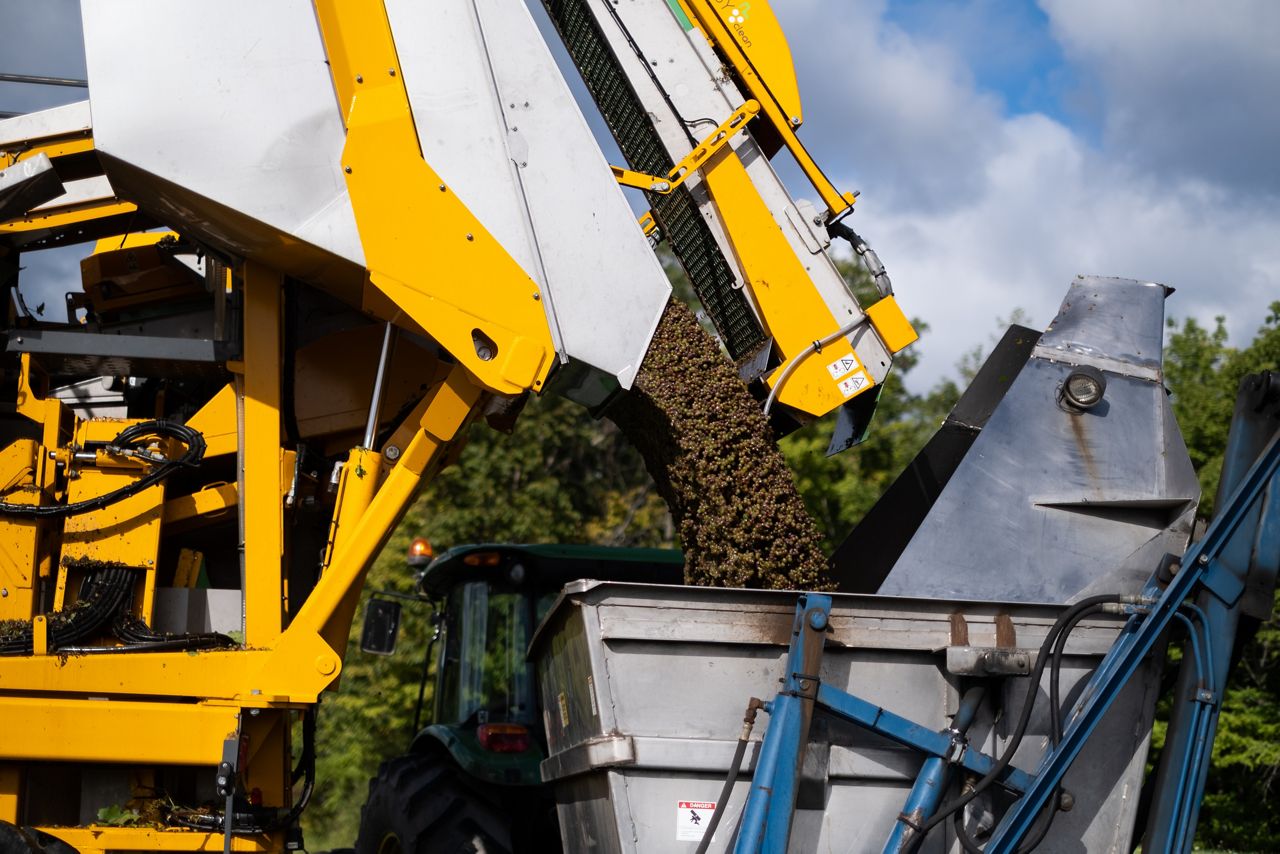 Grapes are dumped from the harvester into a wagon to be moved to the press. (Emily Kenny/Spectrum News 1)

“It's an aromatic grape, some grapes that are more neutral like chardonnay, so they don't require as long for the ripening process, but Riesling, because it’s an aromatic it prefers a longer, cooler time to ripen,” said LaTour. “And as it ripens, it develops these nice flowery and citrus, mandarin orange, different aspects to the aroma of the grape and because we are cooler than California, it does well in this part of the world.” 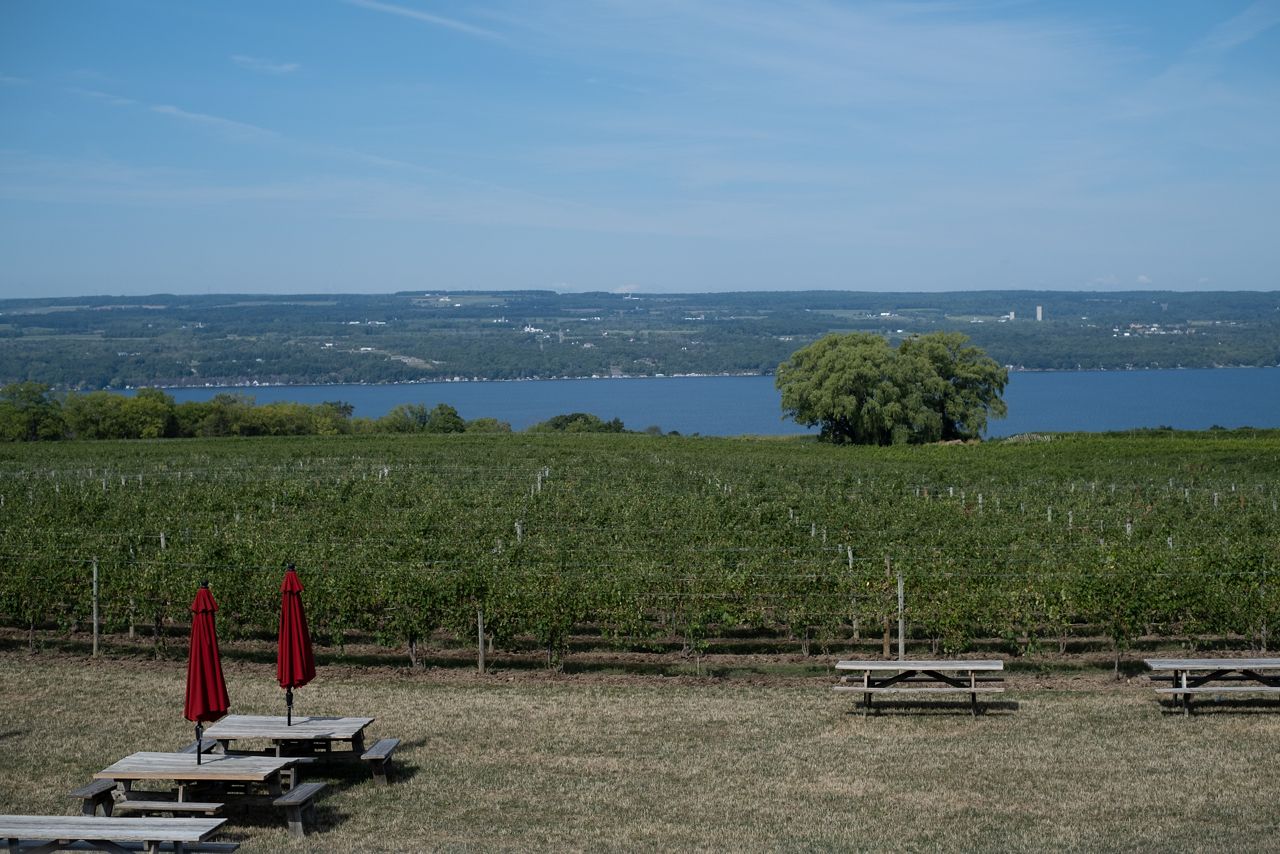 The view of Seneca Lake from the deck of the winery. Wagner Vineyards was the first winery to open on the east side of Seneca Lake. (Emily Kenny/Spectrum News 1)

Jankowski says it is important to have an open mind when you visit wineries because among certain varieties there are many different things that can happen in terms of how it’s grown in certain regions, and then what happens in the cellar with oak usage and other factors.

“A lot of times people will be like, ‘Oh, I’ve always hated Chardonnay.’ And I'm like, well, maybe you just haven't had the right type of chardonnay,” said Jankowski.