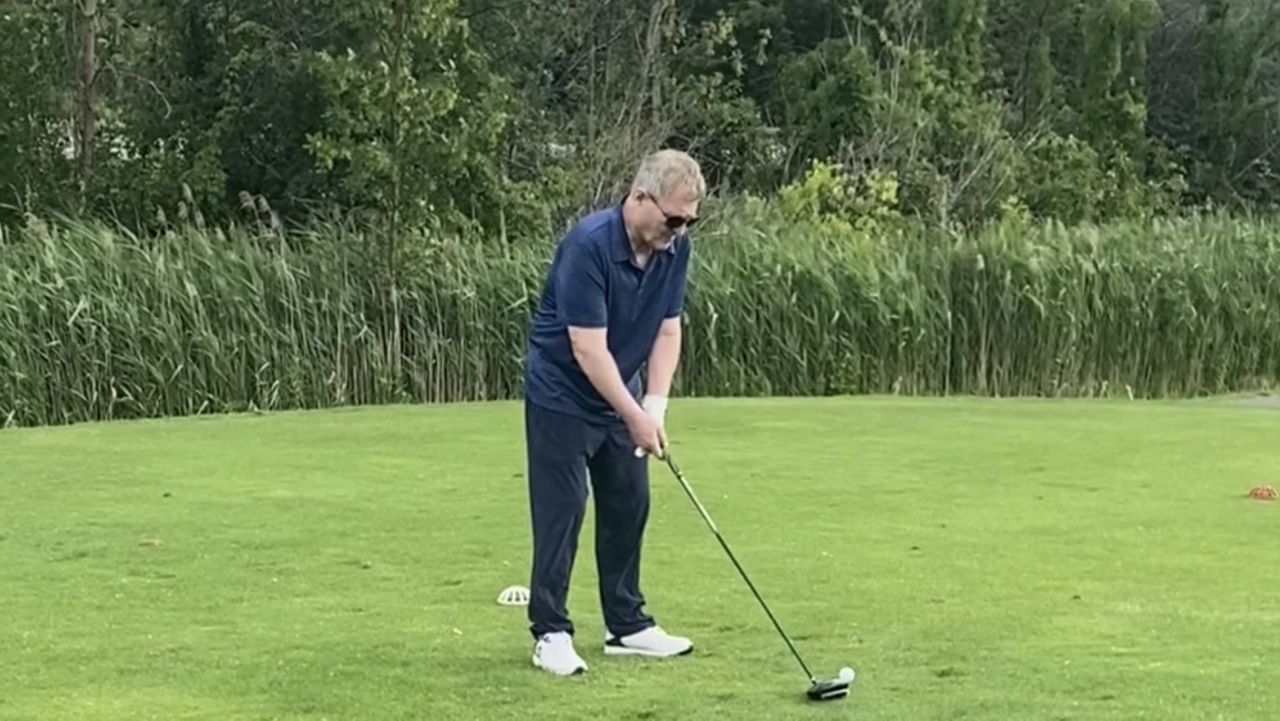 'Just short of a miracle': Baldwinsville man is active again after suffering stroke

Professionals at PACE CNY call it "just short of a miracle." A Baldwinsville man who was told he would never walk again after suffering a stroke in the fall of 2020 is now not only walking without assistance, but also golfing.

While stroke recovery takes top-notch professional guidance, it also takes a remarkable level of determination on the part of the individual. Dan Prietti said he and professionals at PACE CNY were the perfect team.

“I couldn’t walk. I couldn’t talk really that much. A year into the stroke, I was told I wasn’t gonna walk again, and that really motivated me,” he said.

Before Prietti suffered a stroke, he lived an active life, getting his kicks from spending time with his family or out on the golf course.

“He had no ability to walk or transfer by himself,” she said. “He needed a lift to get up, and he could barely propel a wheelchair.”

Prietti had to relearn not only how to walk, but how to regain use of his right hand using a mirror device that tricks the brain into thinking that when it sees the reflection of his unaffected left hand moving in the mirror, it is actually his right hand, and after a while, through instinct, the right hand begins to move again.

Through a lot of hard work with staff at PACE CNY, those small movements evolved into full range in his right hand — and Prietti was ready to push himself even further.

“When I was ready, I asked them if they would show me how to walk up and down the stairs,” he said.

Despite beginning treatment months after the point at which most stroke patients see improvement, Wameling said Prietti had what it took to defy expectations.

“He’s young, he’s motivated, he wanted to do the things that he did before, and that’s key to success with rehab,” she said. “He’s walking going up and down the stairs. He’s golfing again.”

And while Prietti said he certainly credits PACE for the success, he also credits himself and the resolve he knew was inside all along.

“Determination. I knew that I wasn’t going to fail once I got to a point,” he said. “I just wanted to keep going and see what I can do."

To anyone who finds themselves in the same situation, Prietti said determination is inside of you as well. Just take it from a guy who left a conversation to get out on the course.

“Don’t give up,” he said. “Keep trying the best you can. If you just lay around and don’t do nothing and feel sorry for yourself, you don’t get nothing done. At least try it.”

The program at PACE CNY allows participants to remain at home while receiving in-home therapy at first, then are provided transportation to therapy sessions at their North Syracuse facility as their condition improves.