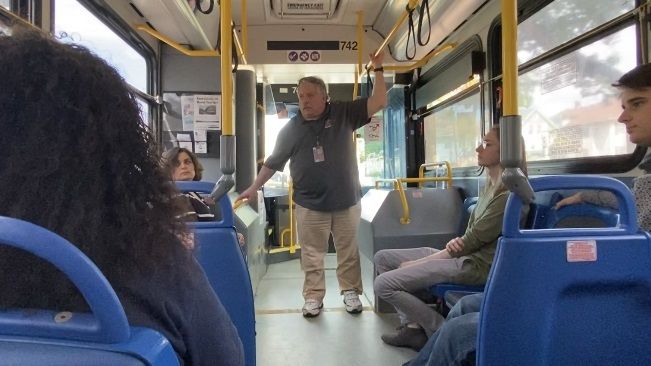 The bus came to a stop and a new group boarded.

But Jessica Rosario and her fellow riders weren’t in for a typical bus ride. Their driver was taking the new Binghamton residents on a tour of the city, and it’s a ride that has a greater purpose.

Rosario and the group are actually new teachers from surrounding areas, learning where their students come from, and discovering key locations in a city where more than half of all children live in poverty.

“I understand the disparities, and I hope that the students will know that I can relate to them if they feel indifferent,” said Rosario, a West Middle School long-term substitute.

Like many of her students, Rosario came from a lower-income home. She grew up downstate, working her way through schools in the Bronx, where higher education wasn’t always in reach. She hopes her story inspires students to never stop pushing for their goals.

Witnessing where her students come from, Rosario knows her role goes far beyond the classroom, and she hopes to relate to them in more ways than one.

“I might be a little bit older than them at this time, but I was there once and our stories are probably not that different from one another,” said Rosario.

The Binghamton City School District is welcoming over 50 new teachers and staff members this year alone.