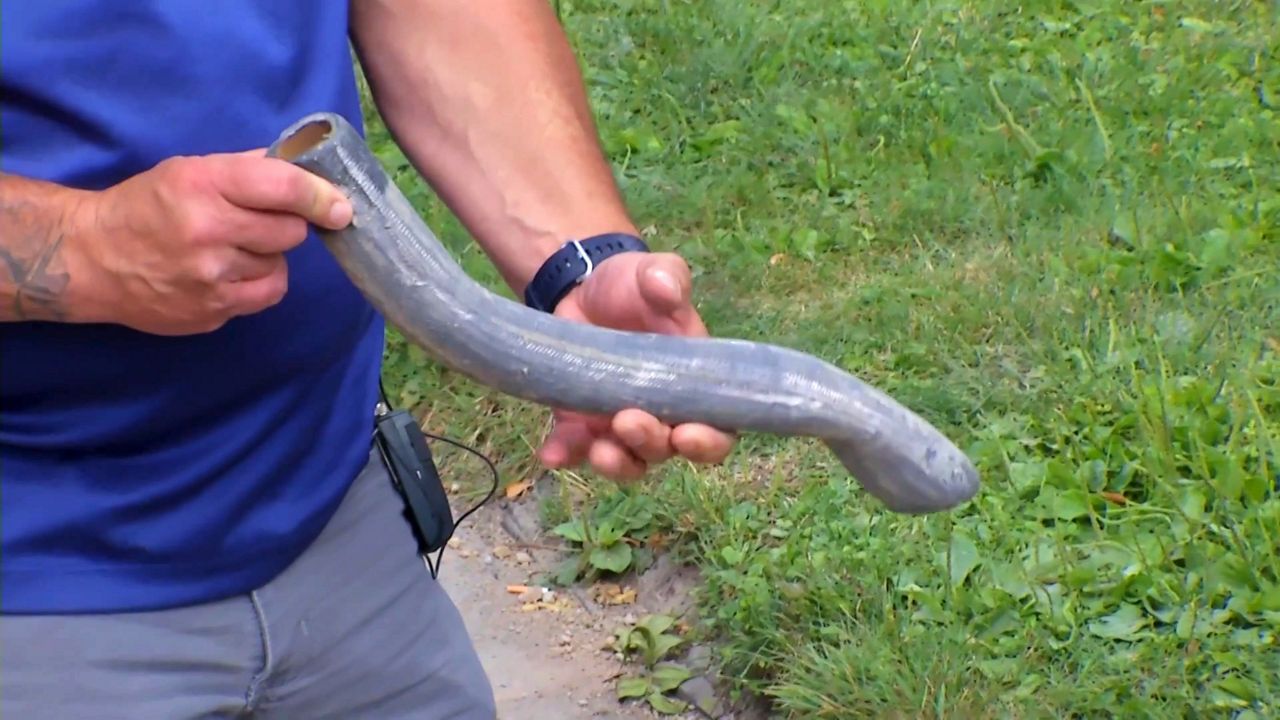 Chris Nesci is the assistant superintendent of Syracuse’s Water Department. He’s been with the department for 17 years. On Friday, he was once again working to replace a lead pipe.

“We’ve done thousands of these,” he said.

The bill for the work was paid for by the city, again. Nesci is glad to hear about federal funding that will help.

“I think this is great,” he said. “This is fantastic. I wish we would have started a little bit earlier, but I’m glad we’re doing it now.”

Leaders from politicians to community advocates are also excited about this funding.

“This is a race and class issue, so Black boys in the city of Syracuse have the highest rates of lead poisoning in the nation. This is something that needs attention,” said NYCLU Director of Environmental Justice Projects Lanessa Owen-Chaplin.

U.S. Sen. Kirsten Gillibrand said Syracuse has more than 14,000 lead services pipes delivering water to homes. One in 10 children in the city have elevated levels of lead in their blood.

“We’re an older state. We built our houses in the turn of the century,” she said. “We have a lot of old housing stock, and because of the implications it has on kids, and communities of color, it’s just urgent.”

The funding is coming through the Infrastructure Investment and Jobs Act. About $2.6 billion is available to replace lead pipes.

“The lead is contaminated. It’s bad in houses with lead paint, anything lead-based is gonna be an issue. That’s the whole idea of this program is to eliminate this from happening, getting into households, residential and commercial buildings and so forth,” said Nesci.

For the next step, Gillibrand said Syracuse, like other municipalities, will need to apply for a grant in order to potentially receive the money.

In the meantime, Syracuse Mayor Ben Walsh said the city is currently treating their water with a phosphate treatment to help coat the lead pipes. They also test the water for lead.