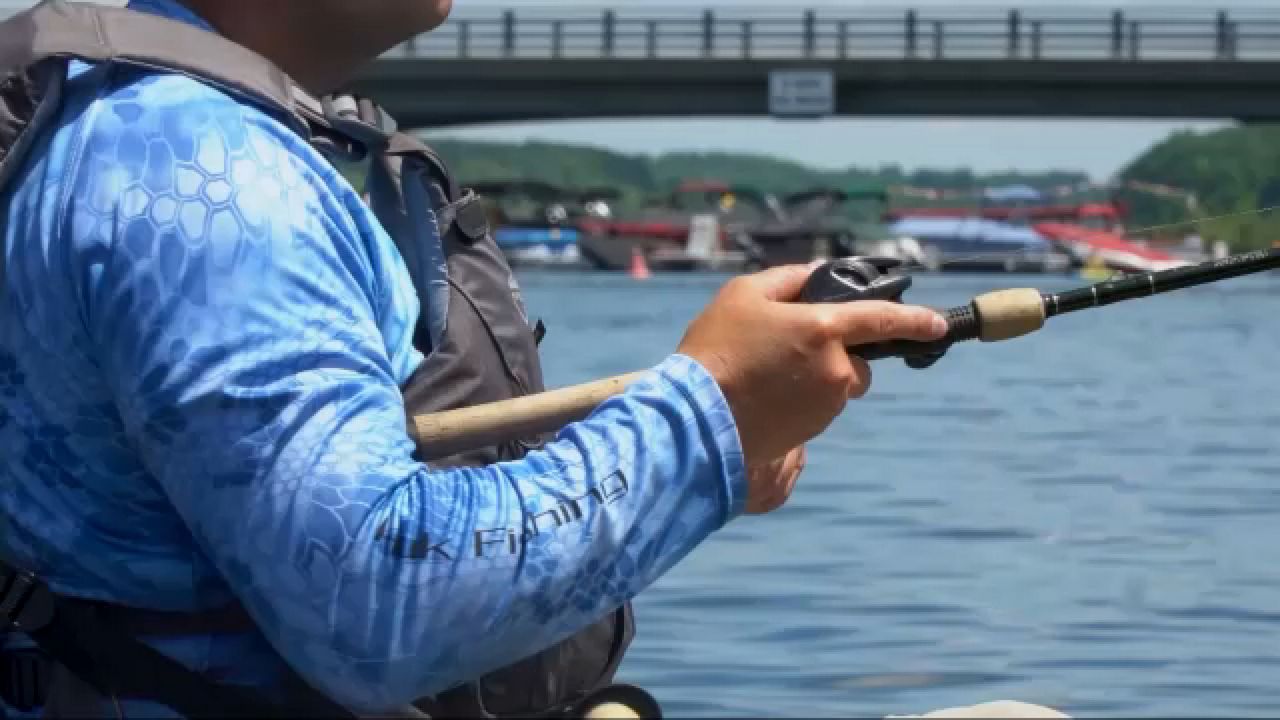 A kayak bass fishing team is putting Upstate New York on the map in a new national league.

“When you’re fishing in a tournament, time is of the essence,” explained Bryan Nunziato, a professional angler with the new Empire New York team.

For him, the morning starts with prep work, including choosing rods, pre-hooking bait and checking equipment.

Nunziato and the rest of Empire New York are in the middle of a busy season of tournament play. The team is competing in the new national Kayak Fishing League (KFL).

On a recent practice day, he was joined by another teammate, Trisha Angelini-Luciano. It’s an important time for the teammates to prepare for game day.

The KFL uses “catch, photo, release” tournament play, which means the anglers photograph their catches and submit them electronically as spectators and judges watch via livestream. Anglers can only submit bass at least 14 inches long.

Nunziato and Angelini-Luciano agree the best thing about the new league is getting to work together as a team.

“It’s great because to be considered for [the team], it is humbling,” explained Angelini-Luciano. “There are a lot of anglers here and a lot of kayak bass fishing anglers. Hopefully, I can contribute.”

"It's a fun experience,” said Nunziato. “I really like it. I really like the team dynamic. Everybody's just working together toward a common goal."

Competitive kayak fishing brings in millions of dollar to New York state, according to the state Department of Environmental Conservation. That fact especially helps small business owners like Julian Stalled, owner of The Kayak Shack, located near Saratoga Lake.

“[It brings in] any extra business like off-site rentals,” Stallard said. “I guess the beauty of kayaking is that it is a beginner sport to begin with. So, you can kind of teach it to anybody.”

“When I first started doing this, there weren’t too many female kayak anglers,” Angelini-Luciano explained. “There are challenges with anything you do. Whether you’re a woman, a man, it’s just overcoming them and doing what you want to do. I love doing this.”

And they both love the opportunity to represent New York.

You can follow along throughout the season by heading to the KFL’s website for live coverage of the matches.