With the rain earlier this week, Cortland County had seen some relief from the dry conditions impacting parts of New York right now. However, some farmers are still experiencing the effects of the dry pastures and high temperatures. 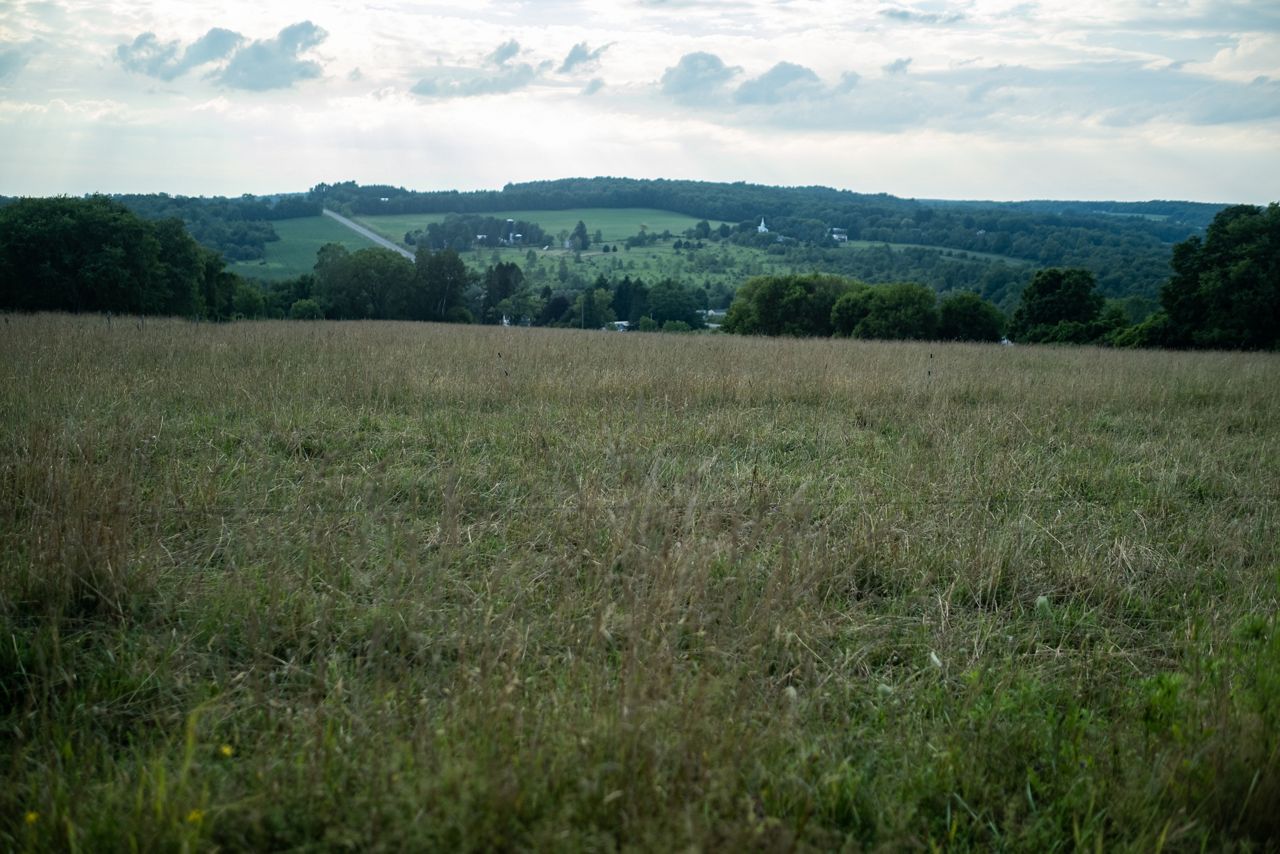 “We have seen curled leaves and slow regrowth in the hay fields, but this rain has kept us from getting to a critical point and given us some badly needed relief,” said Regional Extension Field Crop Specialist for Cortland County Janice Degni.

While the county hasn’t experienced drought conditions as severe as other areas of the state, the conditions have been enough to impact local dairy farmers. Ronnie Miller runs a grass-fed organic dairy farm near Cortland. 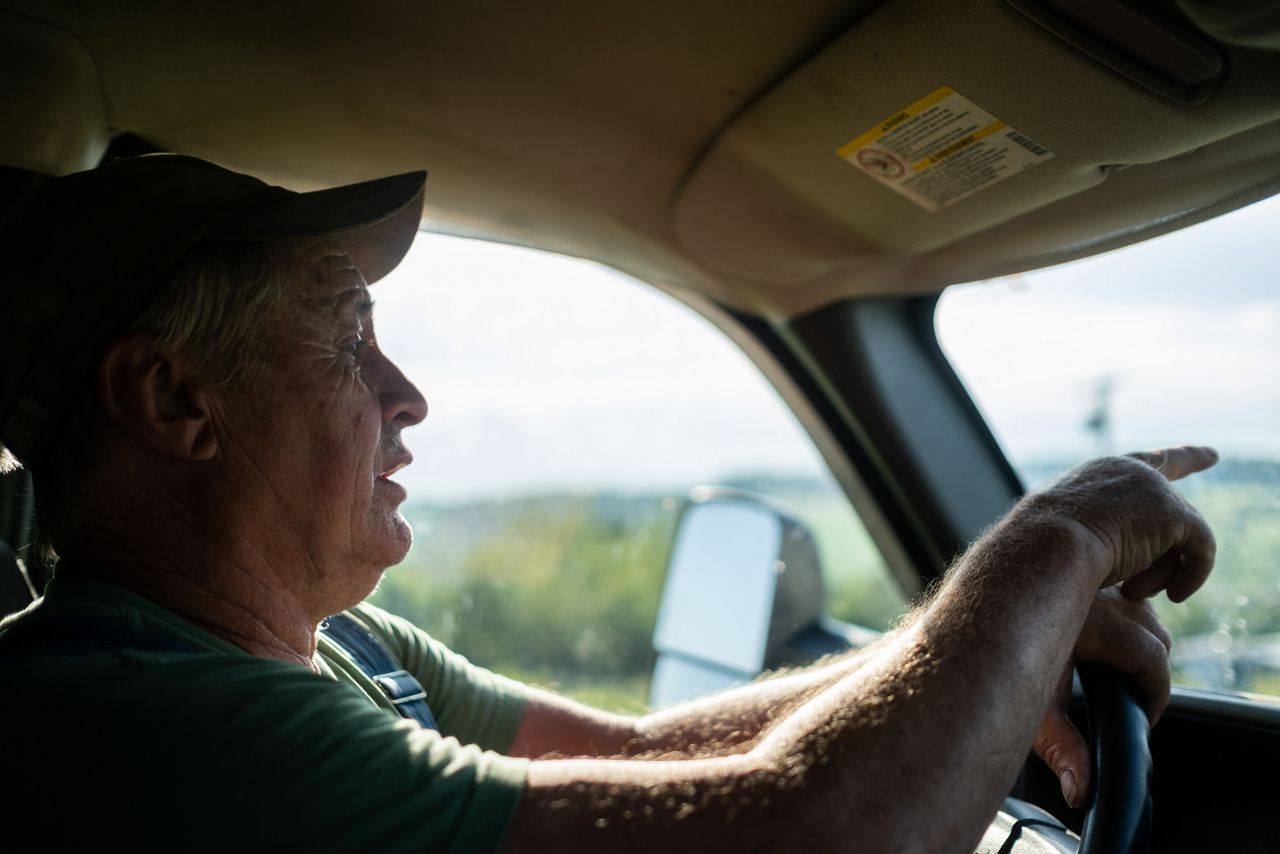 Ronnie Miller explains where he the county line goes through his property. (Emily Kenny/Spectrum News 1)

The land he lives on was purchased by his parents in 1952 and sits right on the Cortland and Cayuga County line. There is a creek that runs through the property that Miller said rarely dries up, but is now almost dry.

“We need weeks of soaking rain to really do much good now. It's dry and it's gonna stay dry,” said Miller. 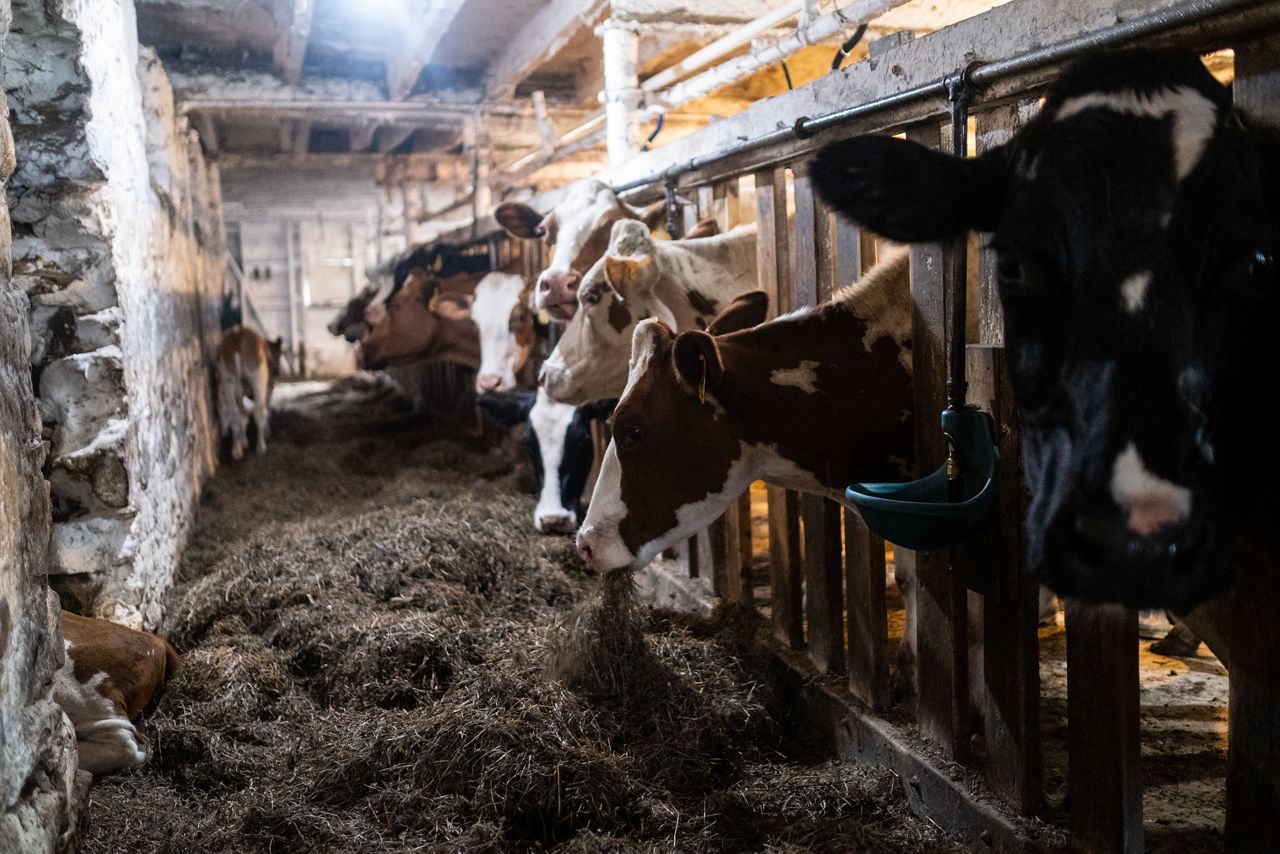 Ronnie Miller's cattle eat hay while they are in their milking stalls. (Emily Kenny/Spectrum News 1)

He owns approximately 30 head of dairy cattle and has supplemented their pasture feeding with more hay than average, which adds to the production cost of running his operation.

To give context to how much hay costs, Miller said, “two years ago we had to buy 450 bales at $50 a piece and you can figure how that adds up. We still went over our ground to get more [hay] and that adds up too.” 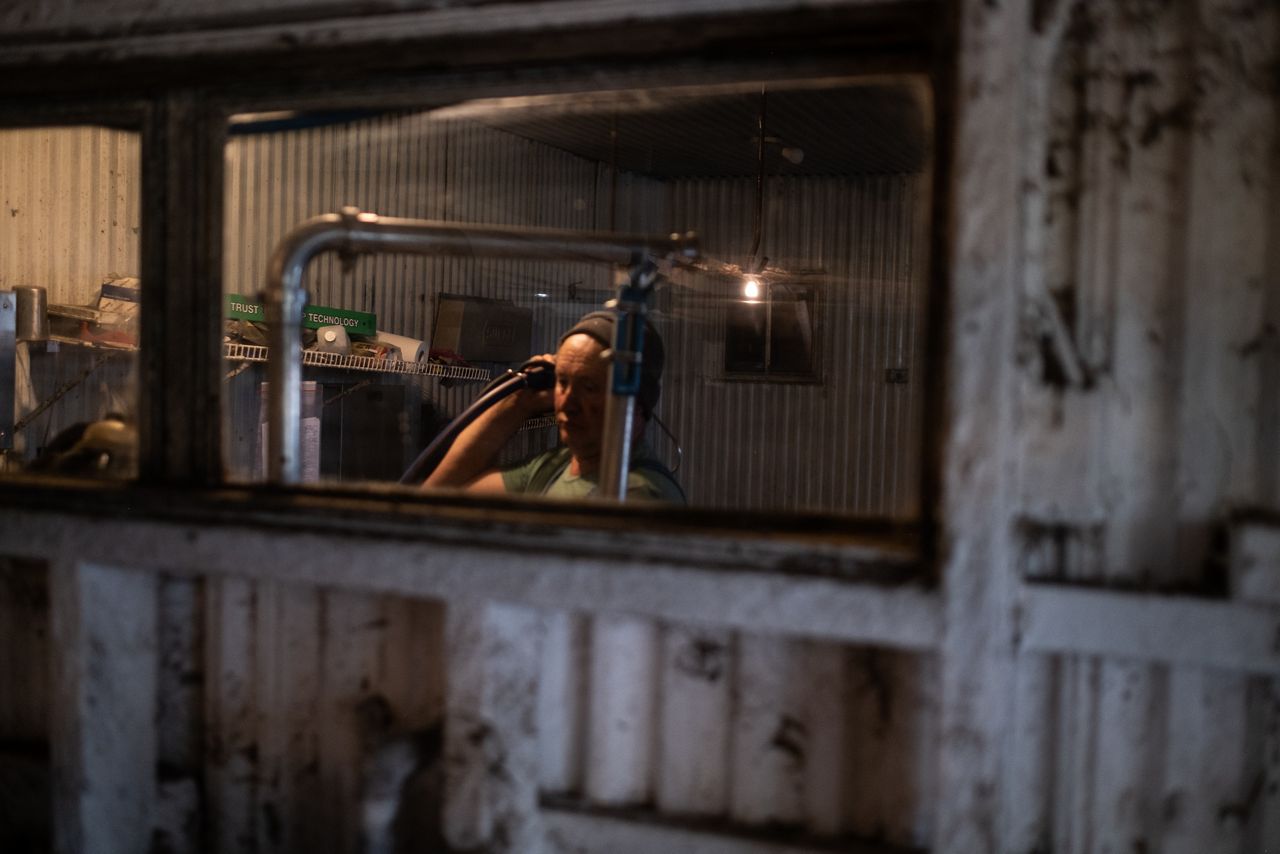 With the high temperatures this week and through the upcoming weekend, Miller said the rain from Monday has dried up.

“It just disappears,” said Miller. “It rained that whole day and you see the ground — it’s dry.” 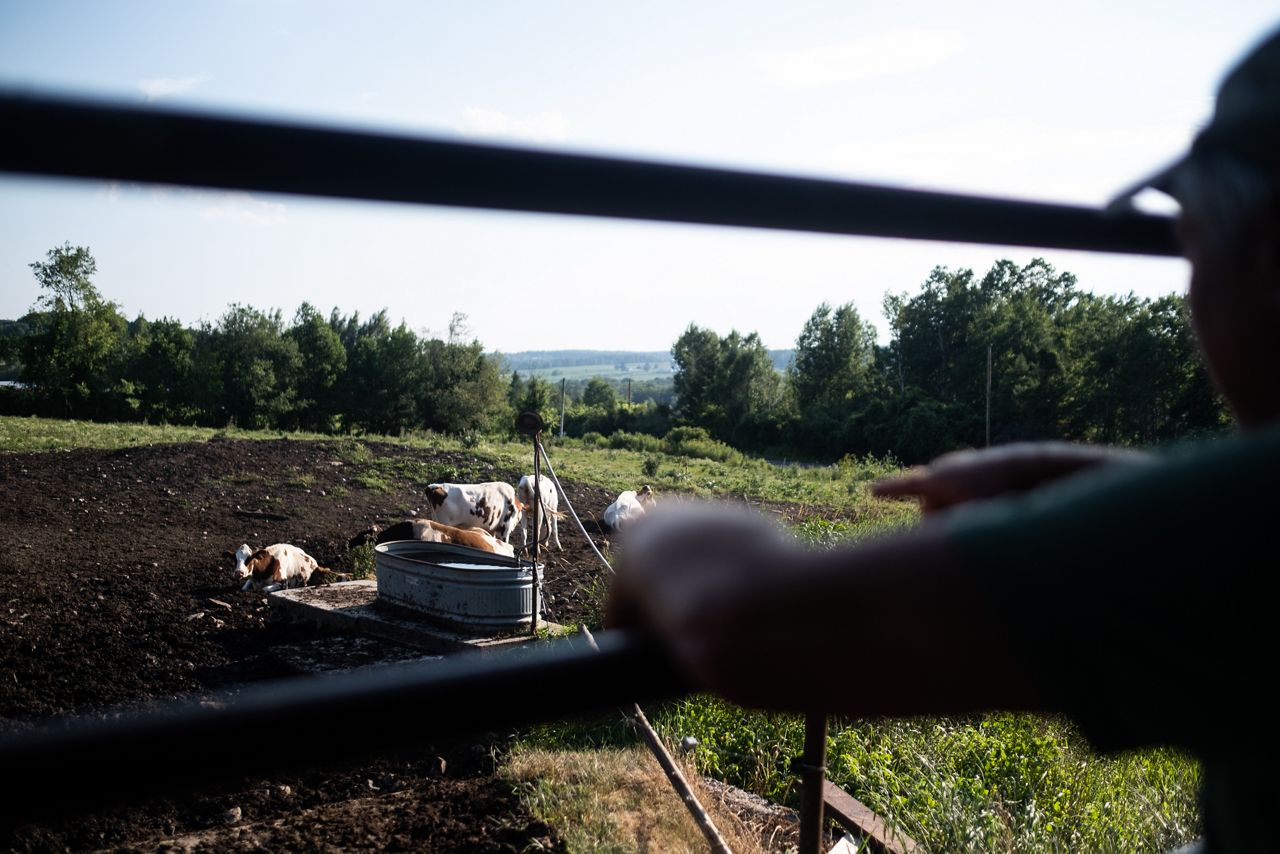 Ronnie Miller looks out at one of the pens where he keeps his cattle. (Emily Kenny/Spectrums News 1)

Spectrum News 1 meteorologist Jack Durkin said that Monday "was really Cortland’s only slam dunk at getting rain this week. The rest of the week has rain chances, but they’ll be more scattered instead of widespread, so no guarantees.”

The higher temperatures also mean the dairy cattle produce less milk. According to the University of Missouri, the best temperature for dairy cattle is between 25 and 65 degrees Fahrenheit. If the temperature is over 80 degrees, the cattle reduce food intake and then have less milk production.

In addition to the cost of hay, Miller said it costs about $1,200 per week for someone to pick up the milk from his storage tank so if the cattle don’t produce much, his product doesn’t make as much of a profit.

Farmers, like Miller, simply hope their pastures and crops can survive the lack of precipitation and turn a profit on their products. 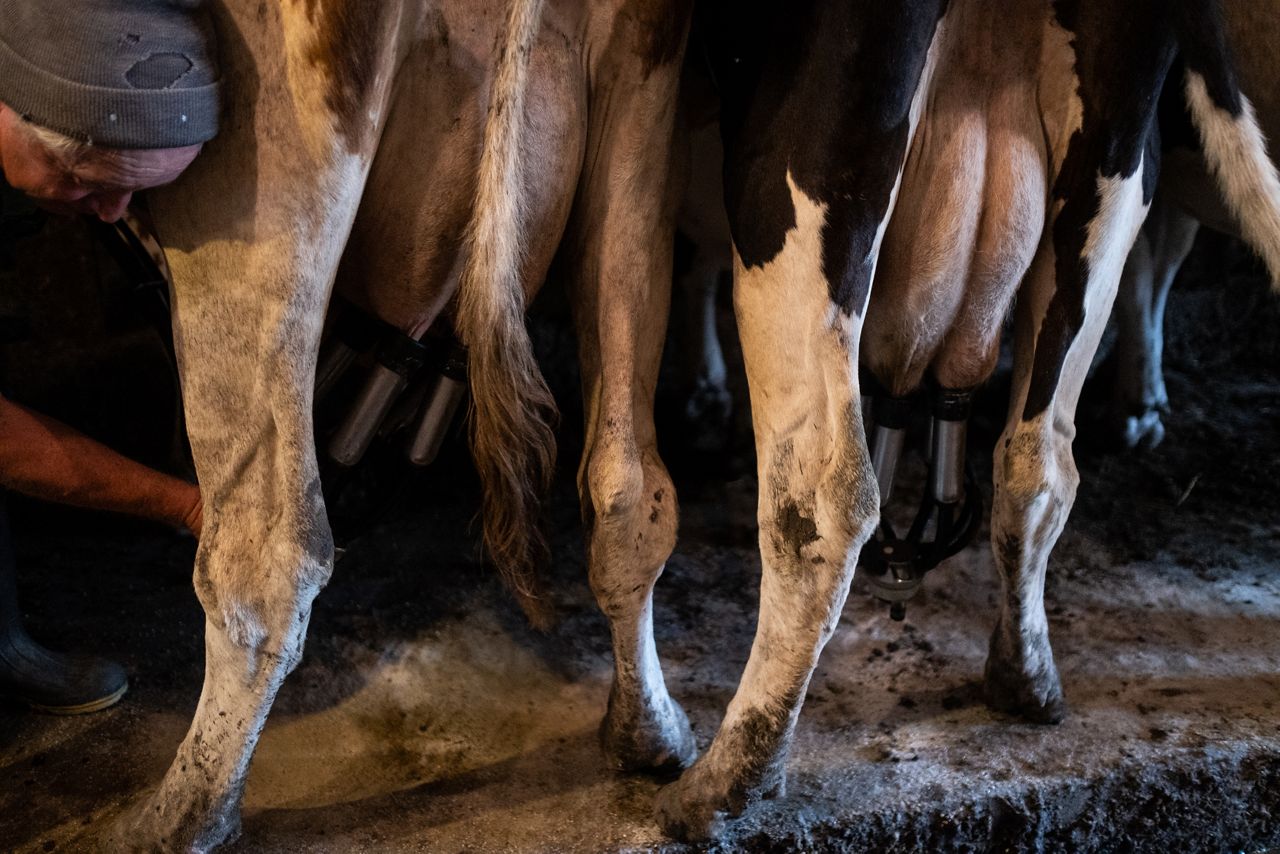