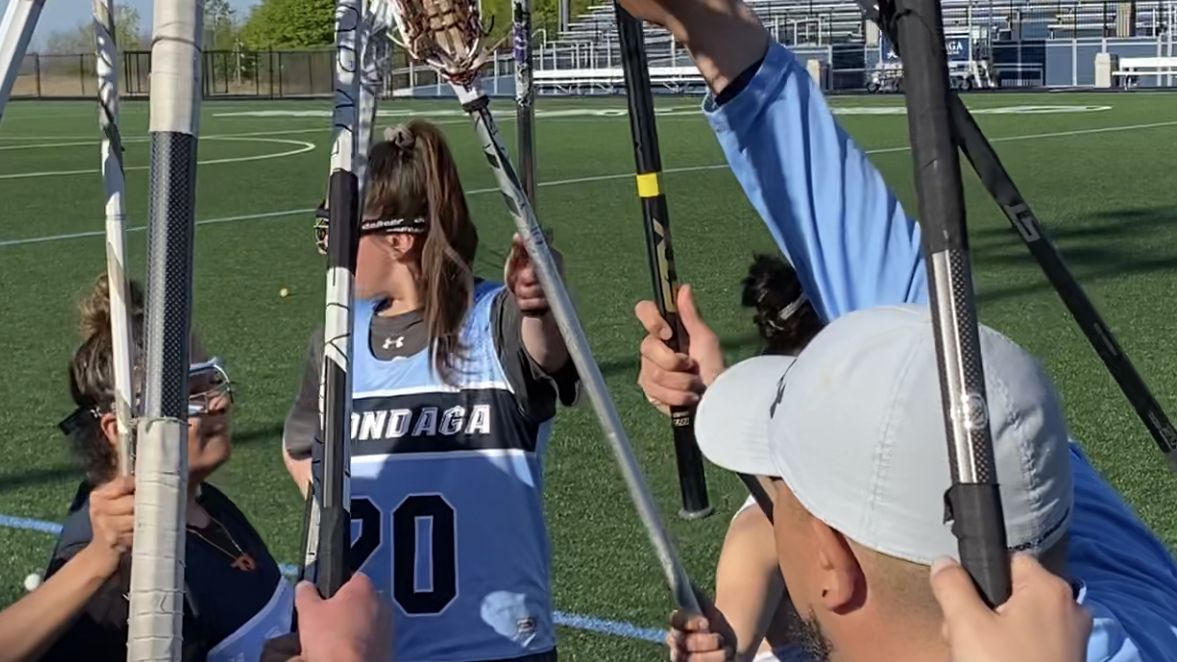 On the eve of championship weekend, the Onondaga Community College women’s lacrosse team is all business in between the lines, but they always find a way to lighten the mood.

“The way we coach is positive for positive to get that positive result,” head coach Erik Mattox said.

For Mattox, it's been a journey coming from Cazenovia College in January.

With no fall ball and limited time to assemble a roster, Mattox built a team that rides a five-game win streak into championship weekend.

“When I first came in as well, it was to make the goal to win a national championship,” he said. “I didn’t know what we were going to have, but we set that goal and to be here at the end is really special.”

“He’s always coming in with a smile, and he’s always leaving with a smile,” OCC sophomore and Marcellus graduate Natalie Clere said. “You can always count on him to be here.”

The Lazers are led by the dynamic duo of Burns and Clere, who have tallied a combined 75 points on the season. But it's their balance that has them where they are, with four other players on a small roster with 10 or more points this season.

It’s a fair and balanced attack, causing headaches for opposing teams, and it's exactly what Mattox wants to see.

“I love to see the assist before the goal,” Mattox said. “This is a team game. To get all seven of them on offense to work on the same page, it’s fun to see that result.”

The result is a shot at a national title, starting with the national semifinals on Saturday. “To win a national championship would be amazing,” Mattox said.

“That’s been the goal since the start of the season,” Burns said.