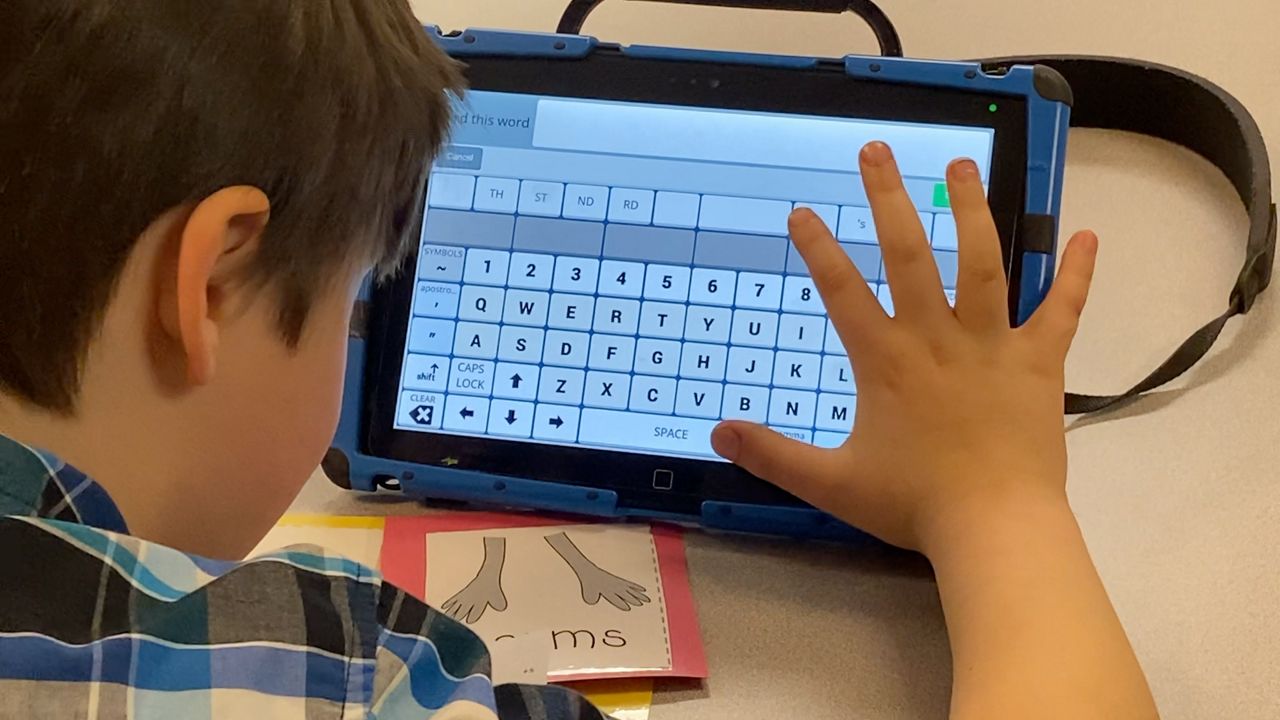 Being able to verbally communicate is a skill many of us take for granted. This National Autism Awareness Month, we’re taking a look at how technology is helping people who struggle with verbally communicating get their message out.

Just because they may not be able to produce verbal speech doesn’t mean they don’t have a lot to say,” said Ian Wiernicki, a special edducation teacher at Herkimer BOCES.

“It’s definitely really empowering to be able to watch them grow,” Wiernicki said.

Many schools use tablets to help students learn, and that’s the case at Herkimer BOCES, too. But tablets there are not just helping teach lessons; they’re giving students who may not verbally communicate a way to speak.

“We’re trying to work so that not only in academics, but functionally as well, like, ‘my stomach hurts,’ or something to try and give them a way to express themselves so that we have a better window to what they’re thinking,” said Wiernicki.

“I think one of the first things Joey learned to say in here was ‘train’. He loves trains. This was years ago, and I didn’t know, and he would just go on there and say, ‘train’. He wanted to watch the Thomas the Train movies,” said Speech-Language Pathologist Erin Reed.

But not everyone has a tablet, so staff at Herkimer BOCES have some other methods, making the most of pictures.

Danielle Sponable is one of the speech language pathologists at Herkimer BOCES.

“There’s a lot of language need, especially at the Pre-K level. We’re seeing more and more as they come up in Kindergarten that they need these systems, but it’s not always feasible to get every student a device. So this is a nice alternative option,” she said.

“I’ve seen his frustration level actually lower and it raises his spirits. He’s got something he wants to say, and he’s able to say that now,” Ward said.

“We work with some of the most intelligent, bright and beautiful students, and they have a lot to say, and this is just giving them a resource to do so,” Sponable said.

The new technology is also helpful for the teachers by boosting engagement.

“With this it really gives them a way to be able to engage in the academics themselves and have some ownership over their learning which is definitely powerful, and I think helps,” Wiernicki said.