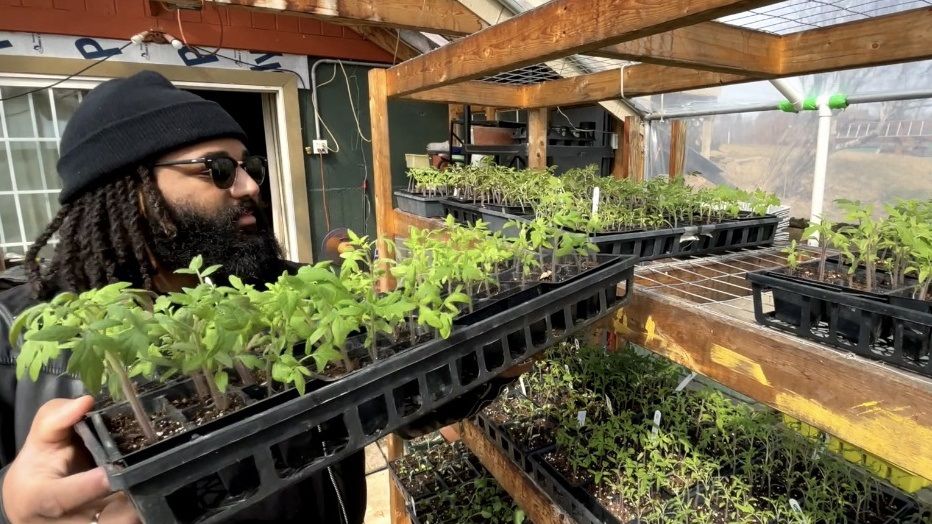 Chavez Gibbes is not afraid to get his hands dirty.

The local farmer and chef said he’s been working for years to perfect his harvesting skills by working a shared plot of land in Upstate New York.

Gibbes grows crops to supply his local catering business, but that location is not were he wants to sow the seeds for a new business.

He said he’s looking at a future in the cannabis cultivation industry and for that, he needs his own land.

After serving in the military and suffering wounds, the veteran started using medicinal marijuana. Since then, he’s been waiting for the chance to legally produce the plant that has helped so much in his recovery.

"I think of it for the uses of PTSD treatment and anxiety, and things like that. Being able to cultivate it would help me to help other veterans," said Gibbes.

Recently, the U.S. House of Representatives passed a bill to legalize marijuana nationwide. In New York, political leaders are working to roll out dispensary and cultivation licenses across the state.

When asked about his thoughts on the state's roll out, Gibbes said, "So far, it feels very rushed, like it’s not taking into consideration all the people that will want to be involved. And when you rush something like that, there’s a possibility that people will be disenfranchised."

The state is reserving the first set of licenses to go to what it calls "equity applicants," which are people who’ve had cannabis-related convictions prior to March 31, 2021, or their immediate family members.

Also, conditional cultivator licenses will go to "distressed" cannabinoid hemp farms. But Chavez worries that aspiring farmers like him, who don’t fall under either category, will be left out.

There are already over 130 hemp producers licensed in the state of New York, most of which are owned by larger corporations.

"So they sort of have a leg up, which is unfair to the local people that want in, or farmers that are maybe trying to do this just to keep afloat," said Gibbes.

Chavez wants to see more local minorities get a fair chance to grow in an industry that has criminalized them for so long.

The state Office of Cannabis Management Executive Director Chris Alexander said, "With the seeding opportunity initiative, we are now on the path to doing what no state has done before: Put our farmers and equity entrepreneurs, not big, out-of-state businesses, at the forefront of the launch of our adult-use cannabis market."

EDITOR'S NOTE: This story has been edited to reflect the correct spelling of Chavez Gibbes' name.