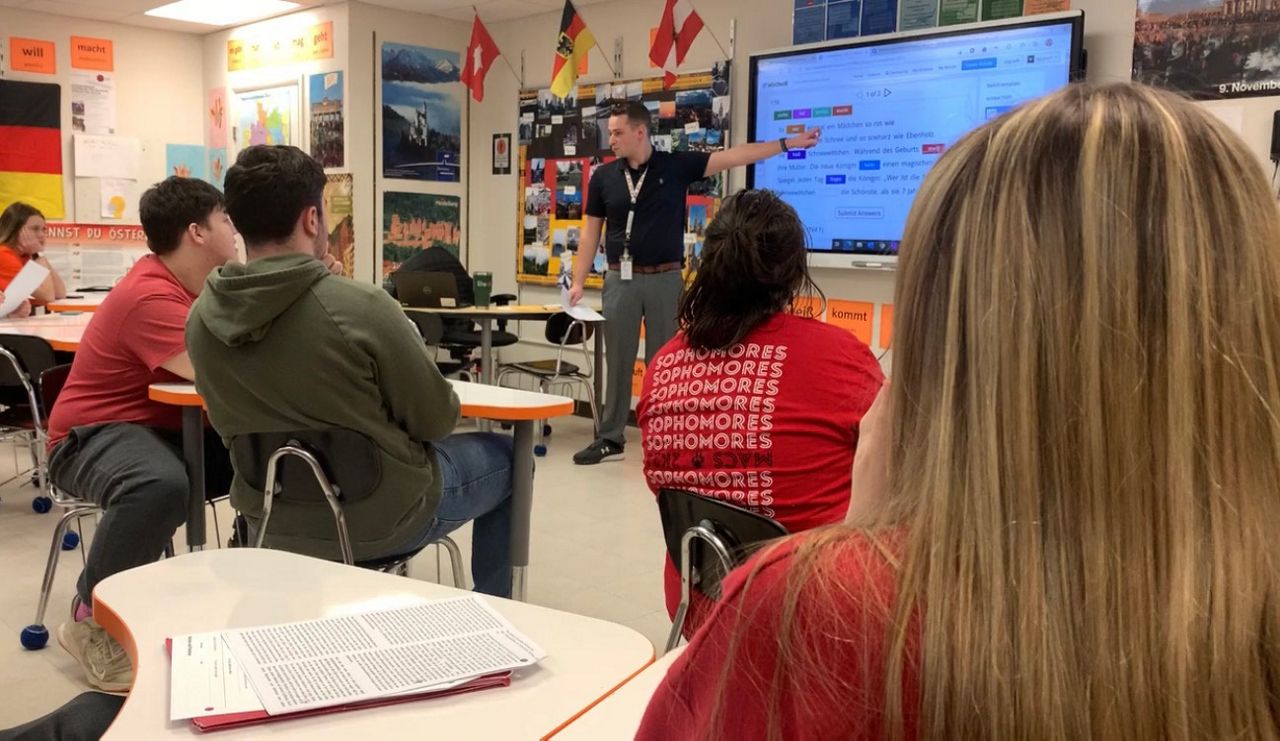 A major teacher shortage continues to plague New York state. Educators say the certification process is arduous and costly, causing some to walk away before leading their own classroom. Now, the state Department of Education is making new proposals to try and solve the problem. Among them: getting rid of a feared assessment.

Kevin Quinn is in his first year of teaching German at Mexico High School.

“I was actually able to take it at my high school at the time, Cicero-North Syracuse. I just absolutely fell in love with the language. The teacher that I had inspired me to go into teaching,” said Quinn.

However, Quinn says there were some New York State teaching certification requirements that nearly stopped his dream short.

“It really did scare me. The edTPA, in particular, was the one that really struck a lot of nerves,” said Quinn.

Dr. Joanne O'Toole, interim chair of Curriculum and Instruction at SUNY Oswego, is an edTPA coordinator.

“It is a multi-part teacher performance assessment, and it's intended to determine whether someone is ready to teach. edTPA has a very large writing component to it. The positive is the administrators will say, 'wow, these people know how to talk about their practice.' The flip side is that it is extremely demanding on our candidates,” explained O'Toole.

“Trying to put everything in the format that they want, I will say that part was rather frustrating," said Quinn.

“There are just so many places that candidates can get tripped up, or even just tired. Like, 'oh, I'll get back to that.' Many of our candidates over the years have gone to other states that didn't require edTPA. New York state is losing people because it's easier to get certified someplace else," said O'Toole.

According to Quinn, peers warn one another about this step of New York State certification.

"I remember going into it you know, that's what everyone talked about was the 'dreaded edTPA,' and I was very fortunate to have Dr. O’Toole for this, to guide me along the way. But I could easily see in another part of the state, anyone with a different advisor, [it] could be incredibly overwhelming. I mean, when I first looked at it my head was spinning," said Quinn.

In an effort to increase the number of educators and streamline New York's pathways to teaching, the state department of education proposed modifying teacher certification requirements, including eliminating edTPA.

"Instead, have an assessment that basically captures the same ideas planning teaching assessment, but have it part of the program," suggested O'Toole.

"So with the teacher shortage, I think we really do need to focus on making it accessible for the people that actually want to go into teaching," said Quinn.

The final decision on the proposal has to go to the New York State Board of Regents.

Dr. O'Toole adds reducing the certification requirements for teachers won't have a huge impact on who enters teacher education. However, she said it should increase the number that are successfully certified.

When it comes to the questionable effects of eliminating the test, whether there would be a decline in the quality and rigor of state teachers, for example, experts say the short answer is no.

EdTPA was implemented within the last 20 years, according to O'Toole. It’s an assessment out of Stanford. Experts say many parts of it are redundant to the standards that were already in place for the National Accreditation benchmark, which most state colleges and universities have in place.

NYSED says the proposed amendment is expected to be presented to the Board of Regents for adoption at their April 2022 meeting. If the board adopts the proposal, New York State-registered teacher preparation programs would have until September 1, 2023 to integrate a teacher performance assessment into teacher candidates’ student teaching or similar clinical experience.