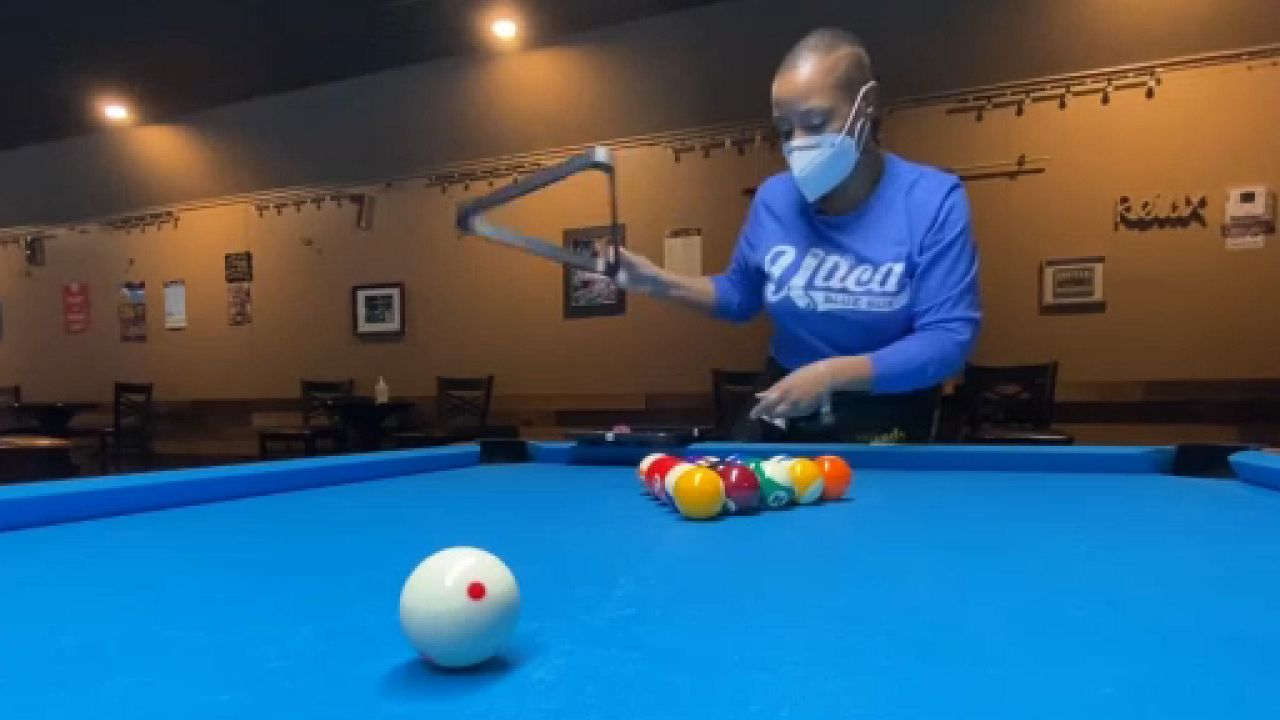 Billiards is a sport that some say is rising.

At Utica Billiards on the Boulevard, owner Andrea Duvall can easily list billiards games. In the past two years, she's seen the number of league teams increase by 60%.

“It’s called straight-pool as a nickname, but the actual name of it is 14.1 Continuous,” Duvall said. “With Nine-ball, both players are shooting at the same balls, but you have to make them in order.”

Duvall said she grew up with a pool table in her home, but grew to enjoy pool in college.

“We had to take a gym class, and bowling was full," Duvall recalled. "I decided I wasn’t changing clothes or sweating. I’m not particularly athletic, so I signed up for pool, and I took it as a class in college, so I’m one of the few people who can say I got college credit for playing pool.”

Duvall said after college, she moved to the Mohawk Valley area and worked at Hamilton College. She played pool as a hobby, becoming a regular at the local pool room.

When they closed, Duvall was determined to keep the sport alive in the area.

“That led to a series of opportunities, when that room closed, to try to reopen it and keep some place for us to play pool in this area, so I kind of fell into it through being too lazy to take some other kind of physically exerting gym class. It turned into a career,” she said.

Duvall created a fun family environment in her billiards hall, hoping to get more people interested in pool. Unfortunately, the fun was brought to a halt due to pandemic closures.

But that wasn’t the case.

“It ended up that it was actually a busier summertime and even the fall. It has been pretty busy, like comparable to 2019, before all of this started,” Duvall said.

She said the sport seems to be gaining in popularity.

Duvall said having the long-held record broken not only motivates players, but also puts pool in the spotlight.

“In the old days, everyone knew Minnesota Fats. Even to this day, there are probably people if you say, ‘Can you name a pool player,’ and they’ll say, Minnesota Fats.' But they will be hard-pressed to name a top five or top 10 pool player in the world now, just because you don’t have that visibility of pool being on TV the way it used to be," Duvall said. "So hopefully, we’re heading back in that direction.”