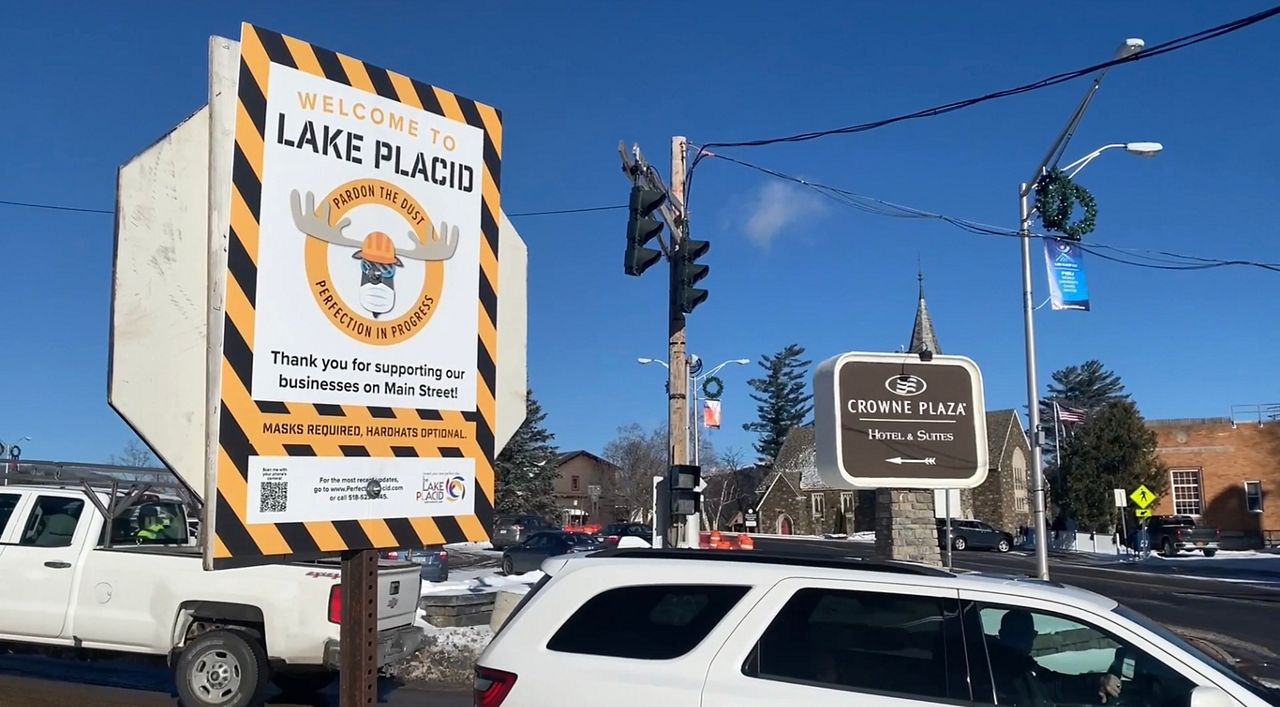 While the state is pumping in the big bucks to renovate Lake Placid's Olympic venues for the World University Games, the village is also in the middle of a big project of its own, one that will ensure the village’s health for decades to come.

It is the engine that powers it all.

The history of the 1932 and 1980 Olympic Games, the miracle on ice and so much more. People want to be a part of it and experience the nostalgia, while also competing in all the major events the village hosts today.

“It is extremely important that we continue to find that balance between tourism and the health of our community,” Lawrence added.

So as New York State puts the finishing touches on $125 million dollars worth of upgrades to its Olympic venues, in anticipation of the 2023 World University Games, Lake Placid itself is getting a bit of a makeover, about $10 million worth.

“We are a puzzle. So not one piece can survive without the success of another piece,” Lawrence explained.

A puzzle with various pieces - bringing people in, ensuring they have a fun, safe time, ensuring they come back, that’s what keeps the engine running and in the end, helps those who live and work here.

So by fixing its most popular street, Main Street - which has certainly seen its better days - and making it more walkable with nicer, wider and safer sidewalks and crosswalks, as well as placing seating areas for people to take a break to eat or get some drinks, the puzzle starts to come together.

“All of those pieces have to fit together to be a successful destination and not just for the people that come to visit, but for the people who live here,” Lawrence added.

The last piece of at least this phase of the puzzle is the environment. Mirror Lake sits just off Main Street and is a critical part of not only tourism, but Lake Placid’s health as a whole.

So as more people come, the benefits are clear, but so are the negatives. The more people, the more harm can be done to the lake, especially in the winter as more cars move more road salts and other invasive species, as well.

This project, also focuses on separating those harmful aspects from the lake.

“We have people out there all summer long, swimming and boating and in the winter we have the dog sleds, cross country skiing and ice skating and that was being challenged,” Lawrence said.

While all of the puzzles that make up this historic village may never be completed, it certainly is nice to know that this puzzle had all of the pieces in the box and now we can sit back and enjoy the picture for a bit, before we start the next one.

Lake Placid officials hope to have the majority of the work on this phase of improvements sometime this year.