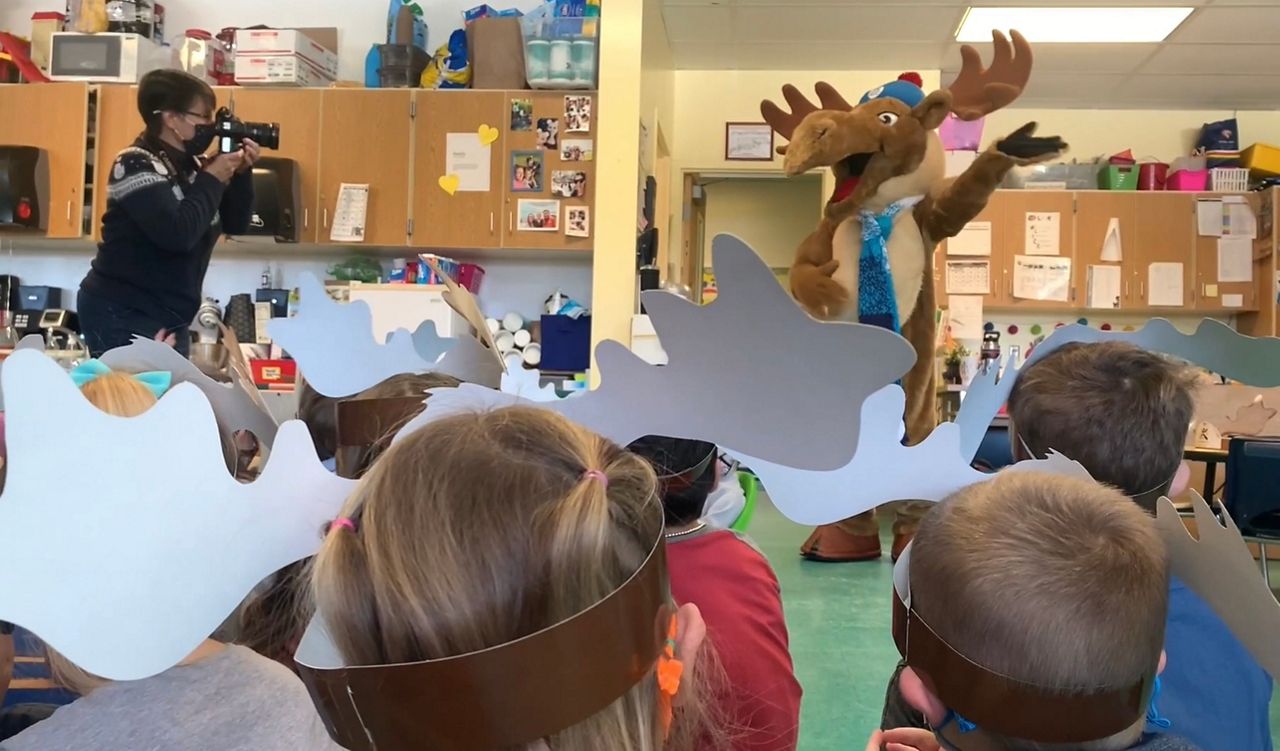 Young students at Lake Placid Elementary got a very special visit. On the very day the students are learning about the letter ‘A’, Adirondack Mac, the newest mascot to call Lake Placid home, came by to say hello.

“We always try to promote using field trips and things along the lines of that, in the district to discover all the great things our community and region has to offer,” Lake Placid elementary school teacher Megan Monahan said.

From schools to the ski slopes, Adirondack Mac has been traveling everywhere throughout the North Country, as the mascot for what will be Lake Placid’s biggest event since the 1980 Olympic Games, next year’s 2023 FISU World University Games.

“We expect over 1,600 athletes from over 50 nations and they represent their university as well as their nation. Over 600 universities will be represented,” FISU World University Games CEO Ashley Walden said.

These games will feature a wide variety of Olympic winter sports and it is massive across the globe. Unlike here in America, the rest of the world doesn’t have the NCAA, so for the international athletes, this is as big as it gets (almost).

“There have been over 1,000 athletes that have competed in the University Games that have gone on to participate in the Olympic Games. There is certainly a chance we’ll see some future Olympians here,’ Walden added.

With that in mind, Lake Placid, this historic village, home of the 1932 and 1980 Olympic Games got a major boost from New York State. The state committed more than $125 million to take its older competition sites and venues and bring them back up to where they need to be, make them - once again - world class by the time these athletes get here.

“For this round of updates in Lake Placid, supported by New York State, has brought the Olympic venues from Whiteface to Gore to the Olympic Center to the speed skating oval to the Olympic jumping complex to here at Mount Van Hovenburg up to a World Cup and World Championship level for all winter sports represented in the Olympic sports that we host,” ORDA Sport and Recreation Coordinator Kris Cheney-Seymour said.

However, this is about a lot more than just the World University Games. By bringing these historic Olympic sites back up to that World Class level, it’s going to help the entire region, especially its tourism aspect.

Many people want to come and experience the sites where all these historic events took place and by bringing them back up to that level, and the hope is that’s exactly what will happen.

“What we are going to see after the World University Games with the update of our sites, is not just regionally, but globally. Everyone is going to flock to this region for sport, recreation, lifestyle, and just a great space to spend time with family,” Cheney-Seymour added.

The World University Games have not been held since 2019. The 2021 games in Switzerland were moved to 2022 because of COVID-19 and was completely canceled as cases spiked late last year.