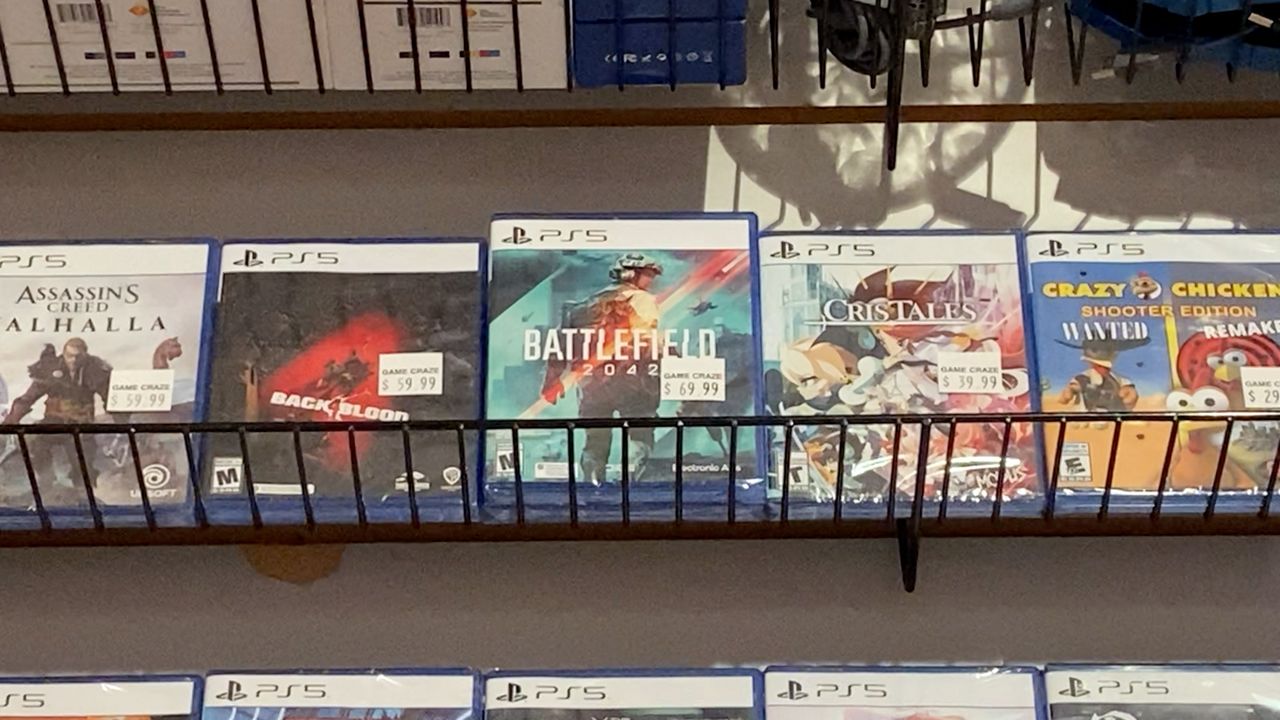 “I have been playing video games since I was at least 6-years old,” Belcher said. “It’s what I remember doing with my brothers all the time, having great memories.”

Belcher started working at the store a little more than a year ago, around the same time the Xbox Series X and Play Station 5 came out. Thanks to a computer chip shortage, Belcher says the consoles are still hard to come by.

“It’s crazy how hard it is to get the newest systems, like the Series X and PS5. They are almost unheard of,” he said.

There are a few reasons for that, and, of course, the pandemic is involved. Many factories closed and had to catch up on a backlog of orders, a backlog that grew as demand went way up as virtual-everything became our new way of life, and many items, like computers and vehicles, need the chips.

“There’s a ton of scalpers online just buying as many systems as they can, and then they just turn around and sell them for twice the price,” he said.

The challenge of getting newer consoles means many of the new games are just sitting on store shelves.

“We have these here for the few people that have them so that people recognize our store carries the brand new, shiny stuff, but most of these just sit here for awhile,” Belcher said.

Belcher recommends checking out an older gaming console if you’re itching to game this holiday season.

The chip shortages are also affecting auto factories. Industry executives and analysts think the shortage will last well into next year.