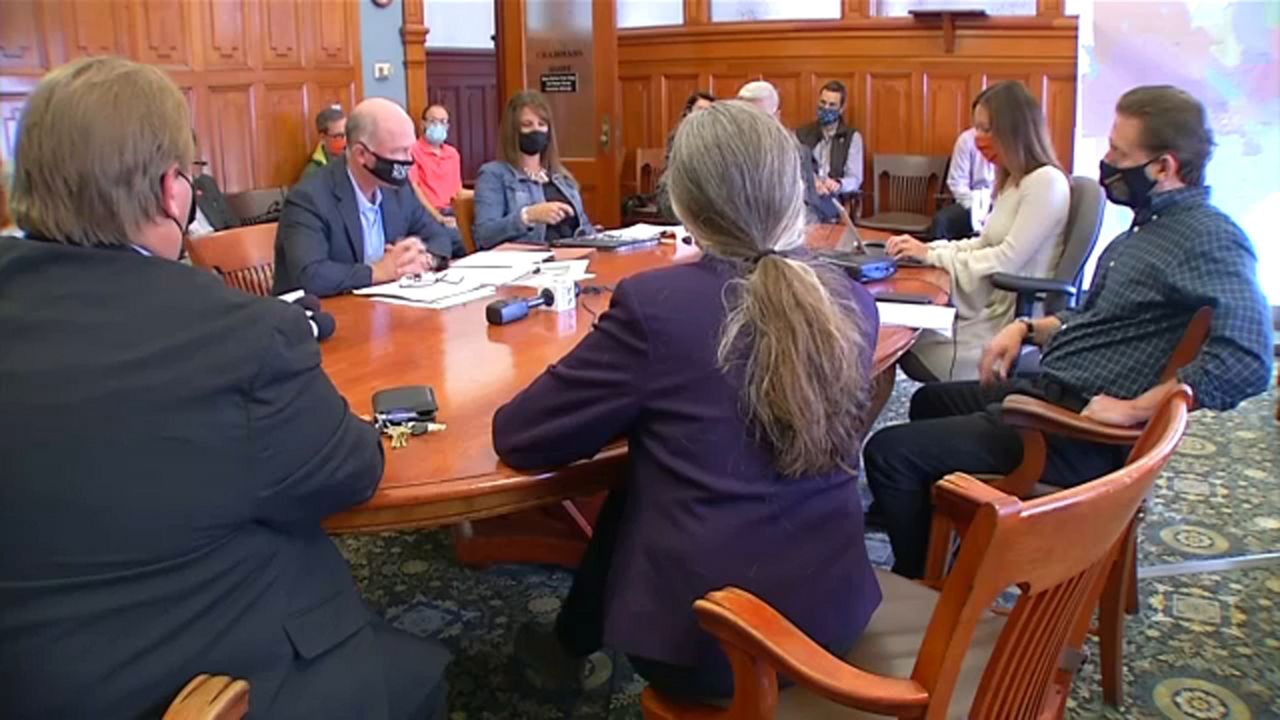 At its second meeting, members of the Onondaga County Redistricting Commission voted on an issue that dominated its first meeting— whether to keep public hearings as scheduled or push them back two weeks.

Before the meeting, six county legislators, including floor leader Linda Ervin, called on the commission to delay the public hearing schedule by two weeks, arguing the “public hearing schedule as it is set currently doesn't provide enough time and isn't accessible for the working people of Syracuse and Onondaga County to have their say,” and claimed the commission was interfering with the Board of Elections commissioners' ability to “hold free and fair elections.”

With two votes for moving the date and four for keeping them as is, all public hearings remain scheduled before Election Day.

Despite commission chair Kevin Huslander and commissioner Dustin Czarny openly clashing with one another again, other facets of the meetings were established.

“So basically, taking Census block level data and turning that into population estimates by election district in the county, so that way the commission can take that information and rework whatever districts they want to do,” said Syracuse Onondaga County Planning Agency Deputy Director Don Jordan.

Firstly, with the Census data provided by the Syracuse Onondaga County Planning Agency, each commissioner will be able to propose their own redistricting map. The planning agency will help with any commissioner’s needs for drawing maps, and once all are submitted, the agency will draft what a final map may look like.

“The public hearings are not for discussion with respect to the timing of the hearings, the legal procedures, the charter. Those are all for the county attorney,” said Hulslander.

Any proposed maps will be made publicly available on the Onondaga County Legislature website, along with all the Census data released to the commission. Each commissioner’s map will need to be drawn by the commission’s next meeting on Oct. 22.

No commissioners will participate in the hearings, but at least one commissioner will attend each public hearing.

“Public comment should come from Onondaga County residents, shouldn’t come outside of the county. I have no problem making sure the comments that make public record only have the correct information,” said Czarny.

Hulslander says the public hearing times were set by the county clerk.