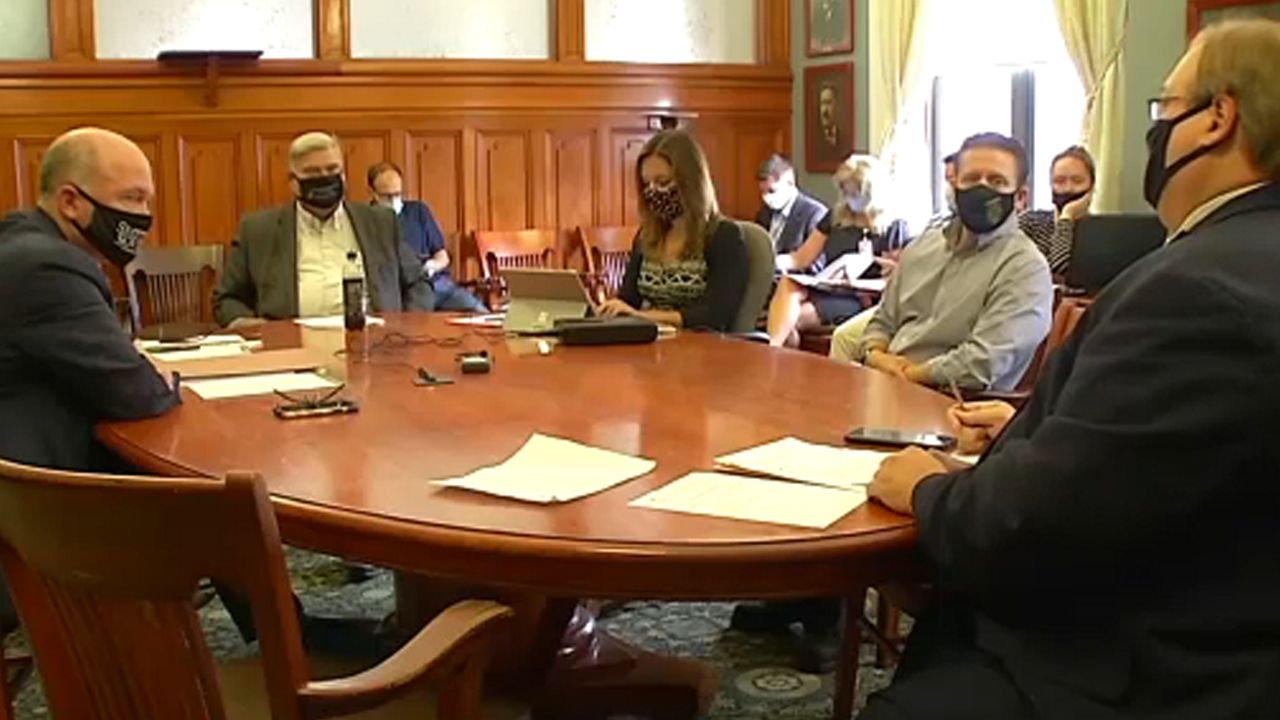 Two members of the Onondaga County Redistricting Commission — Dustin Czarny, the Democratic commissioner of the county Board of Elections, and Kevin Hulslander, the chair of the commission and County Executive Ryan McMahon’s campaign lawyer — are at odds over the timing of the process.

Members at the commission's first organizational meeting were meant to vote on a chairman and set dates for commission meetings and redistricting public hearings.

Czarny voiced concern over the public hearing dates still under consideration, which take place in October, before Election Day.

“Never before has the Redistricting Commission set dates in the middle of October, when an election is going on," Czarny said. "Your authority isn’t being questioned. The reason to rush the process is. Because here, you’re setting many of these meeting dates, including these public hearings, during business hours. That’s time election commissioners are already obligated. One-third of your committee are obligated to be at our board. Some of this is during early voting. So I would say that a case can be made that you’re interfering with the election.”

Lawmakers have six months after getting new Census data to develop a redistricting commission, meaning the commission does not need to begin working until February.

In that case, the new district lines would take effect with the 2023 election.

Czarny says the formation of the commission and the hearing dates that were set are rushed.

“I”m going to let them answer why they’re doing this. I’m going to tell you what we should do, and what we should do is take time and hear from the public about what they want in the next 10 years, and give us a fair and equal chance to be able to make suggestions, to change this map so that it’s better for the public,” Czarny said.

In a statement, Hulslander wrote, “I was tasked with establishing the date and time for meetings of the commission and did so the same as the prior chairmen have done. I did what has been done in the past, and even Dustin Czarny agrees I have the authority and the discretion to establish the meeting dates. Dustin is the only one who has objected to the dates I scheduled. This is not a hurried process. We received the final Census data in September. The commission was appointed in early October, and we expect to have a plan proposed in November.”

Czarny says under New York State redistricting guidelines, districts should be as compact as possible. A longstanding argument from Democrats is that the 2012 redistricting was a form of gerrymandering, an argument Czarny made.

Huslander also stated, ”Frankly, in looking at the data we received last week, I would not expect monumental changes to our current districts. The population of the county has only increased two percent over the last 10 years. The population of the city has increased only 2.4%. We shall see what changes are required as we continue to examine the data and listen to public at large."