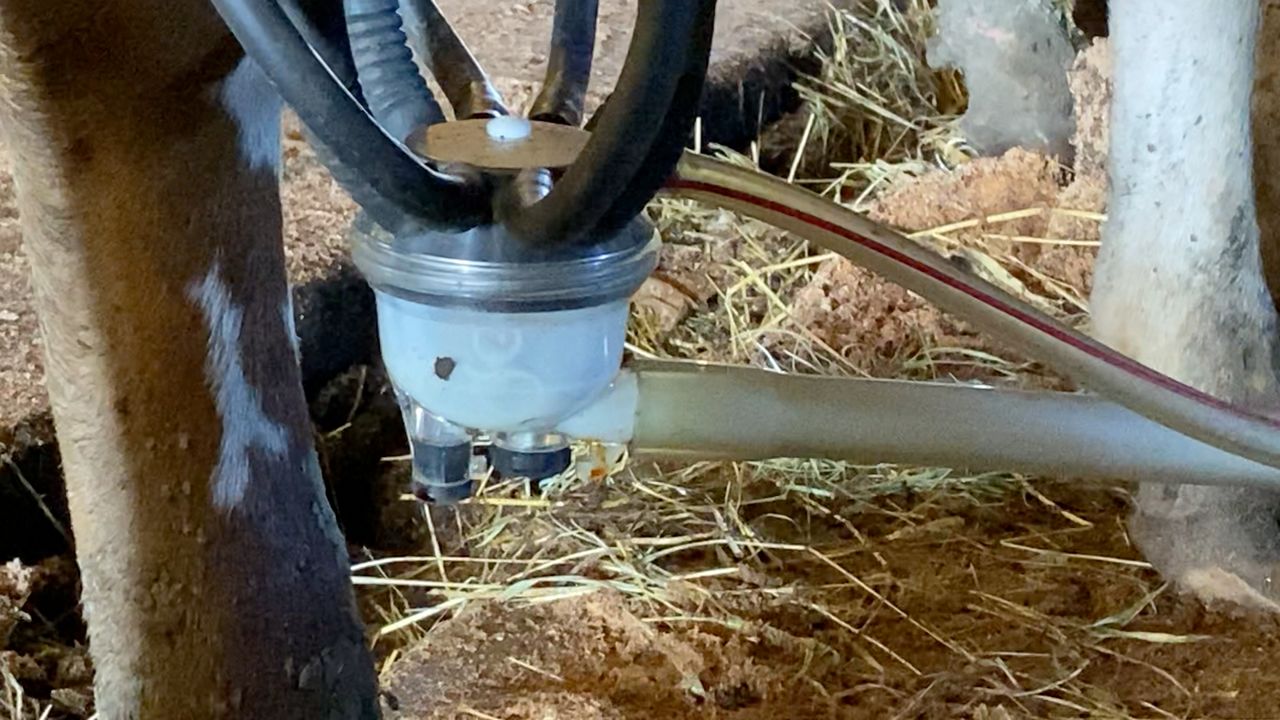 Lora Andela is proud to work in agriculture. The fourth generation truck driver truly enjoys what she does.

Andela wishes more people would sign up for the job, as she says there is an industry-wide shortage of milk truck drivers.

“We have a lot of delivery drivers who run two or three deliveries back-to-back just to get the milk to where it needs to be, trying to make it short. We don’t want to overwork people too much, but it’s been tough,” Andela said.

“We take samples at every pick-up,” Andela said. “They go, they get picked up every night and brought to a lab where they’re tested for bacterial levels, if any cows had any antibiotics that would show up.”

Ben Simons is a dairy farmer in Remsen. He owns the Simons Family Farm.

“My whole entire life, all I’ve ever done is milk cows,” he said.

That’s not all he does. Simons has impressive credentials. He’s CFO of the Boonville Farmers Co-Op and is on Congresswoman Claudia Tenney’s Agricultural Advisory Committee.

“We produce the highest quality product here at the farm, but if we can’t move that product from the farm to the processor, from the processor to the store, the consumer,  then all the hard work of the quality we produce of this product becomes questionable at best,” Simons said.

Both Andela and Simons say it’s a good job with decent pay.

“It’s not unheard of to start at $20 an hour and go up with experience,” Simons said.

They say many companies will even pay for a driver’s training.

“If anybody is out there who has an inkling to drive a truck, we are more than looking for you,” said Simons.

“And I mean, ladies, everyone will adore you in this industry, and all the farmers have eligible sons,” Andela said.

This is one of Andela’s last milk truck runs, as she’s moved on to transport cattle. Still, she says she’s offering to help with milk truck routes on her days off.

“It’s a really fun job. Don’t let it scare you. If you’re interested, go for it. It’s the best decision I ever made,” Andela said.

Simons says he and the agricultural advisory committee are discussing ways to get people to want to return to work.