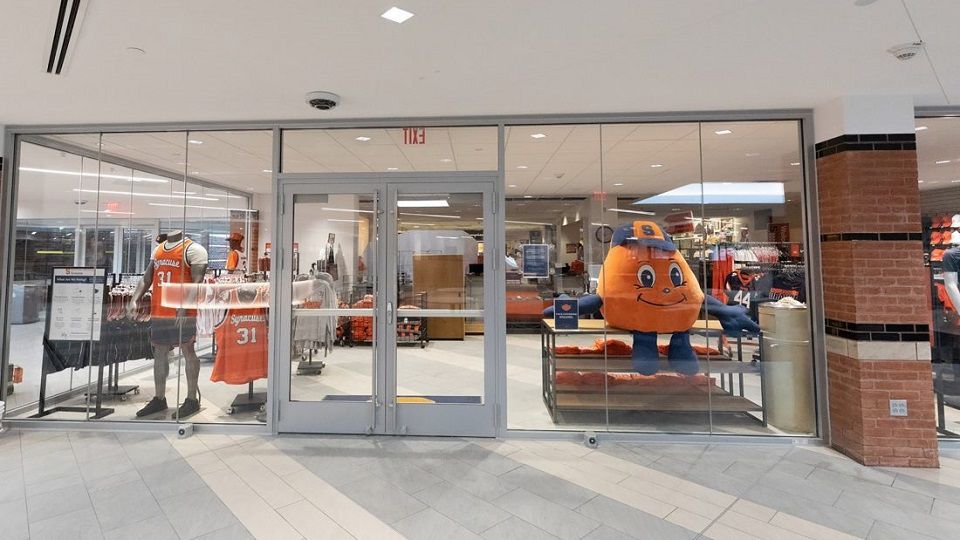 Check it out: Syracuse's Schine Student Center has a new look

If it's been a while since you've been on the Syracuse University campus, you'll want to check out the newly renovated Schine Student Center. The center includes new dining options, a campus store and a lounge area for students and other guests.

SU officials said they want the Schine to be "the living room" of campus where students can eat, study, gather and lounge. They also want guests who come up for something like an SU football game to stop in grab a bite or check out the new campus store.

The interior portion of the project was completed in February, but officials said because of the pandemic many students and alumni haven't yet seen it.

The Schine now has five new dining options which include a CoreLife Eatery, Halal Shack, Panda West, Dunkin Donuts and Tomato Wheel Pizza. It also includes kiosks where you can purchase snacks from Biscotti Cafe and the Chocolate Pizza Company.

You can also find more seating and lounging space on the first level along with a giant two-story TV. The former bookstore is now called the Campus Store, which is larger and includes a market and more SU apparel.

"We're really excited about the overall appearance and just how open the building is. It's just so much easier to get around the building now than it used to be. It used to be kind of dark. It's a beautiful building and I can't wait until the students see it," said SU Campus Store Director Roger Hailstock.

Work is continuing on the outside of the student center which will include a terrace where guests can sit and eat outside. The full project is expected to be completed by the start of the fall semester.