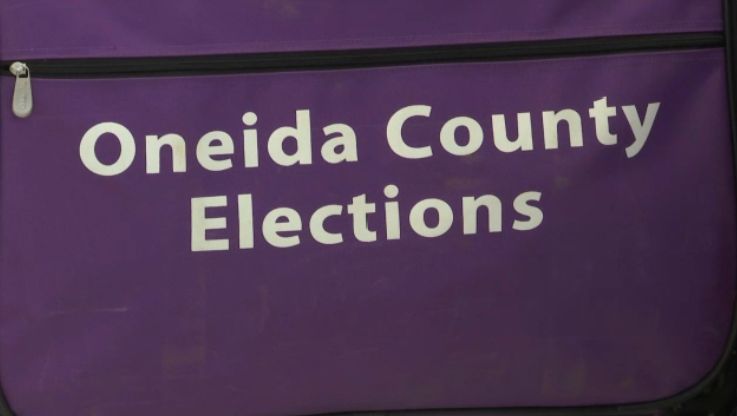 "I feel very fortunate to come into an office to work and having such a great counterpart and a fantastic team, as well, everyone here," Shortell said.

"Any sort of an operation where there's a lot of important work to do, in order for it to happen, the office staff has to work as a team, and it's really been great. Nichole and I do get along well. Both our teams do get along well," Bormann said.

Getting to this point wasn't as smooth.

Earlier this year, a judge in a court battle surrounding last year's 22nd Congressional District race found several errors with the Oneida County Board of Elections' operations. Some voters were turned away from polling places, and numerous registrations were not processed, even though they were submitted on time.

"The main responsibilities of our main principal clerks is the list maintenance of all the voters in the county, so inputting our new registered voters, updating all of their various changes, name changes, address changes," Bormann said.

The commissioners say registrations are updated, and they're also working on acquiring grants.

"We're working on a grant for e-poll books, as well as a cybersecurity grant, and we have a few more down the road, too," said Shortell.

They want Oneida County voters to have more confidence in the Board of Elections (BOE). They're also recruiting for paid poll worker positions.

The Oneida County BOE also reached a proposed agreement with the U.S. Justice Department. It's meant to ensure that all eligible registrations are processed and poll workers are trained on provisional balloting requirements.

The board will also provide periodic compliance reports.