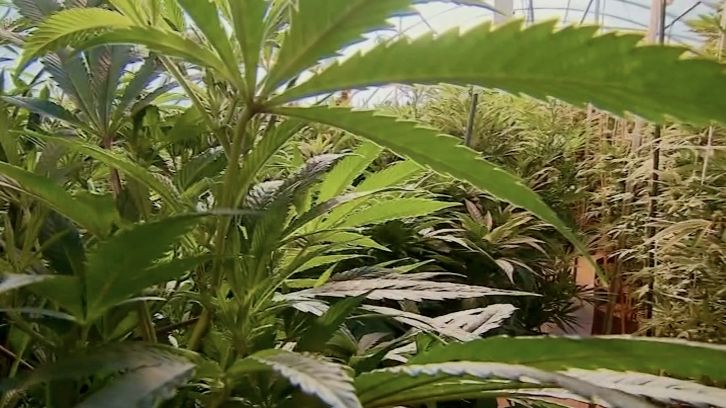 Some communities opt out of marijuana dispensaries, citing lack of state guidance

In mid-June, the village of Fayetteville asked residents, “Do you think we should allow stores that sell pot?”

“There’s still no control board or agency," village Mayor Mark Olson said in a recent interview. "The state left without making any rules. I’m not a marijuana user, and none of the other board members are, so it’s really a tough decision to make and know what’s right.”

He says his answer is "no," and that the members of the village’s Board of Trustees agree. That said, the village is going to leave the decision up to the public.

“We have village elections in early March, so we’ll have one public hearing, another public hearing and then we’ll vote about whether to opt in or opt out,” said Olsen.

While the village has some time before the final decision is made, other Central New York municipalities have already made the decision to not allow the sale of pot.

In late June, the village of Cazenovia’s board unanimously voted to opt out of the retail sale of marijuana.

The village of Manlius also opted out, while the town of Camillus is putting it to a public vote in a mandatory referendum, like the village of Fayetteville.

“The revenue isn’t going to come close to the cost of all the testing and all the issues we’ll have to deal with,” said Olsen.

Olson says most board members agree that with little detail or guidance from the state, it would be too costly to allow retail sales.

Though the state legalized the use of marijuana in March, the governor has yet to nominate an executive director for the Office of Cannabis Management, or name appointees to the Cannabis Control Board.

Municipalities can no longer limit a resident’s use or possession of marijuana, but can stop the sale of it, which some municipalities think is the right next step.

“There are some benefits ... but it’s too early in the game and I think we’ve go to do much more work,” said Olsen. Unlike other municipalities, Fayetteville’s pre-existing laws ban the use of marijuana.