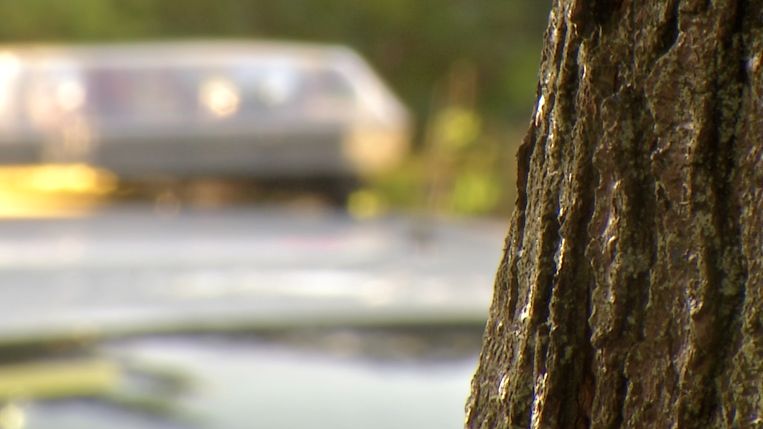 State report shows racial disparity in police use of force

Since George Floyd was killed by a police officer last year, use of force by law enforcement has come under increased scrutiny.

But it’s not a new concern.

In 2019, New York state’s budget included the creation of a database and requirement that all departments report every incident involving use of force.

Now, the public is getting its first look at what the numbers show.

Demmca Edmonds is the mother of two women in a video that shows them being apprehended by DeWitt police officers in Central New York. One is held to the ground, and the other was punched after it appears she tried to bite an officer.

The officer who punched Edmonds' daughter is now on paid administrative leave while the department investigates the incident.

“This is the first time something like this has happened,” family attorney Jasper Mills said.

“It’s not right what happened,” said Edmonds. “It needs to stop.”

Edmonds and all New Yorkers can now learn about use-of-force incidents in a recently released report from the New York State Division of Criminal Justice Services (DCJS).

Sixteen resulted in the subject’s death.

Forty-six percent of people involved in use-of-force incidents were white, while 49% were Black.

“I think it shows a lot of what we've suspected all along, which is that use-of-force in New York is disproportionately applied against Black people,” said Michael Sisitzky, senior policy counsel at the New York Civil Liberties Union (NYCLU).

New York’s population is about 69% white and about 17% Black, which means a Black person in New York is four times more likely to experience an incident involving police force given their share of the population, according to U.S. Census Bureau data.

“This is dehumanization that’s gone on hundreds of years and is happening today,” said Mills.

“As president of the New York State Troopers Police Benevolent Association (NYSTPBA), which represents uniformed members of the New York State Police, my preliminary review of the DCJS report revealed a vastly different picture than what some media have reported regarding race and larger cities in the state. We believe that any data is subjective to the various interpretations applied to it and those numbers can be skewed," NYSTPBA President Thomas H. Mungeer said in a statement.

He continued: "The results of the DCJS report appear to be in the eye of the beholder. We do not believe the data in this report can be objectively analyzed without the greater picture and statistics of overall encounters between police and civilians. In our view, the DCJS report confirms that NYSTPBA members follow the extensive training they proudly receive. We are thankful for funding for resources and tools, such as the ongoing implementation of body cameras, to help us accomplish our mission of serving and protecting in today’s ever-changing society.”

This is the first time this data has been collected, compiled and been made public in New York.

“The department is in the driver seat when deciding how to code this information, and sending it to a state agency,” said Sisitzky.

With any new data collection method comes problems. A representative for the DCJS says ambiguities in the law created some difficulties in reporting elements, such as the type of force used.

But for Edmonds and her family, one incident is one too many.

“This situation has affected me dramatically to go on Facebook, and I see it everywhere,” said Edmonds.

Other concerns with the data include the fact that the New York City Police Department didn’t report incidents that resulted in serious bodily harm or death.

Other departments simply did not provide information.

The NYCLU is planning to investigate the cause of incidents and if officers were disciplined.