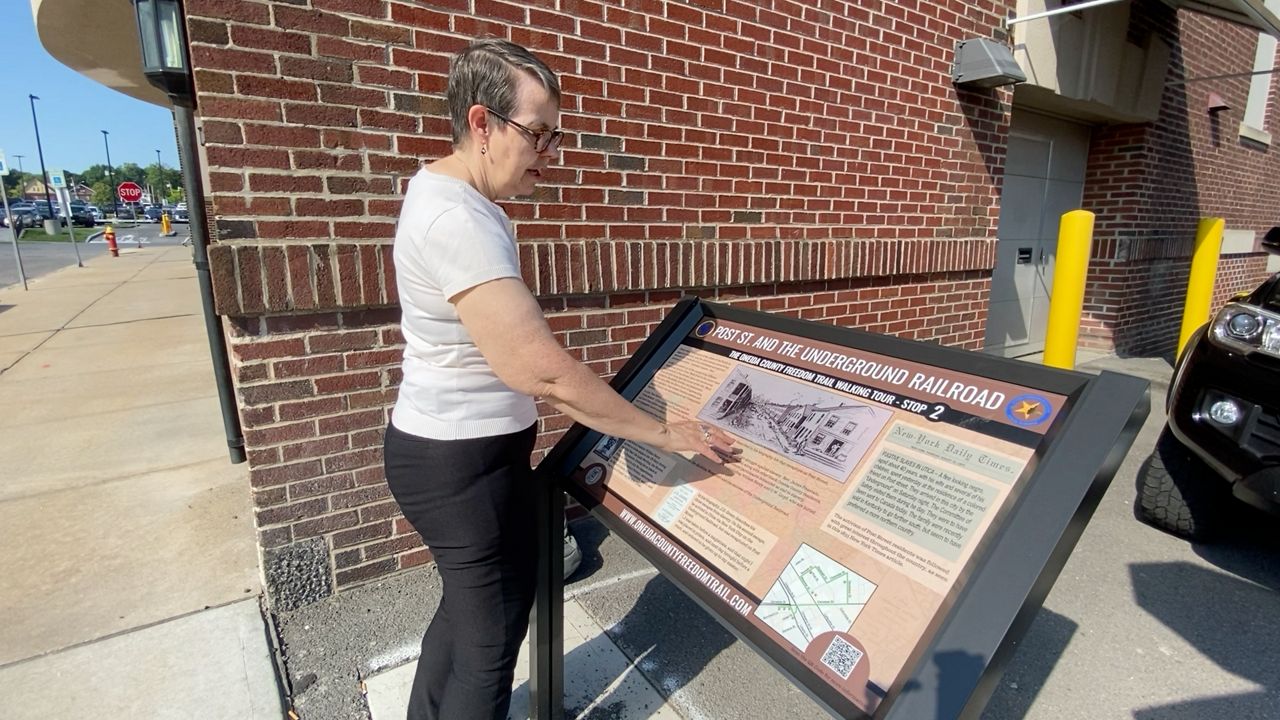 If you dig into your local history, you may be surprised at what you find. After Utica native Deirdre Sinnott began researching, an interest was ignited, and now she’s an author of a novel.

“I was learning about the abolition and Underground Railroad history of Utica, and I realized that I really hadn’t learned any about it in school, and I thought that it was so interesting and so important that I wanted other people to know,” Sinnott said.

Her novel, “The Third Mrs. Galway” is historical fiction, bringing readers to Utica in 1835, and into the thick of moral dilemmas surrounding slavery.

One of the streets featured in the book is Post Street, which still exists today. In the novel, slave catchers were probing the area.

“That was true during the Antebellum Period. Slave catchers were patrolling Post Street,” said Sinnott.

Although the book is fictional, Sinnott worked hard to make descriptions as accurate as possible.

“I would be thinking about a scene in the Galway kitchen, and having Maggie the cook moving around the kitchen, and I would have to stop and say, ‘Wait a minute. Would she have had any kind of sink? Were there was a pump for water?’ Not necessarily,” she said.

Sinnott hopes Utica gets more recognition for its role in the abolitionist movement.

“In 1835, this abolition conference happens, and after that, there’s agents who fan out from Utica to all these little towns in New York and even further on,” she said. “So, for a while, it held one of the preeminent spots in terms of abolition organizing in the United States.”

Sinnott is working on an interactive walking tour for readers. You can visit Chancellor Park, where characters viewed “Halley’s Comet,” the site of the fictional Galway house, and fictional shed next to it, which would have been where O’Scugnizzo’s Pizzeria is.

Sinnott’s book launch is taking place July 8 at 6:30 p.m. in the Oneida County History Center. It will be in-person and online. There are other events are coming up across the state and for more information on those, you can visit Sinnott’s website.