A woman holds a Black Lives Matter poster during a rally marking the one-year anniversary of the killing of George Floyd at the former airport Tempelhof in Berlin, Germany, Tuesday, May 25, 2021. (AP Photo/Markus Schreiber)

On May 25, 2020, George Floyd died after former Minneapolis police officer Derek Chauvin knelt on his neck for nearly nine minutes.

A year later — and a little over a month after Chauvin was found guilty on multiple charges related to Floyd’s death — people gathered to honor a life cut short, and to continue the calls for changes in policing.

Just as protests spread across the globe last year in the wake of a widely-shared video of Floyd’s final moments, so did memorials in honor of the late father, son, and brother. 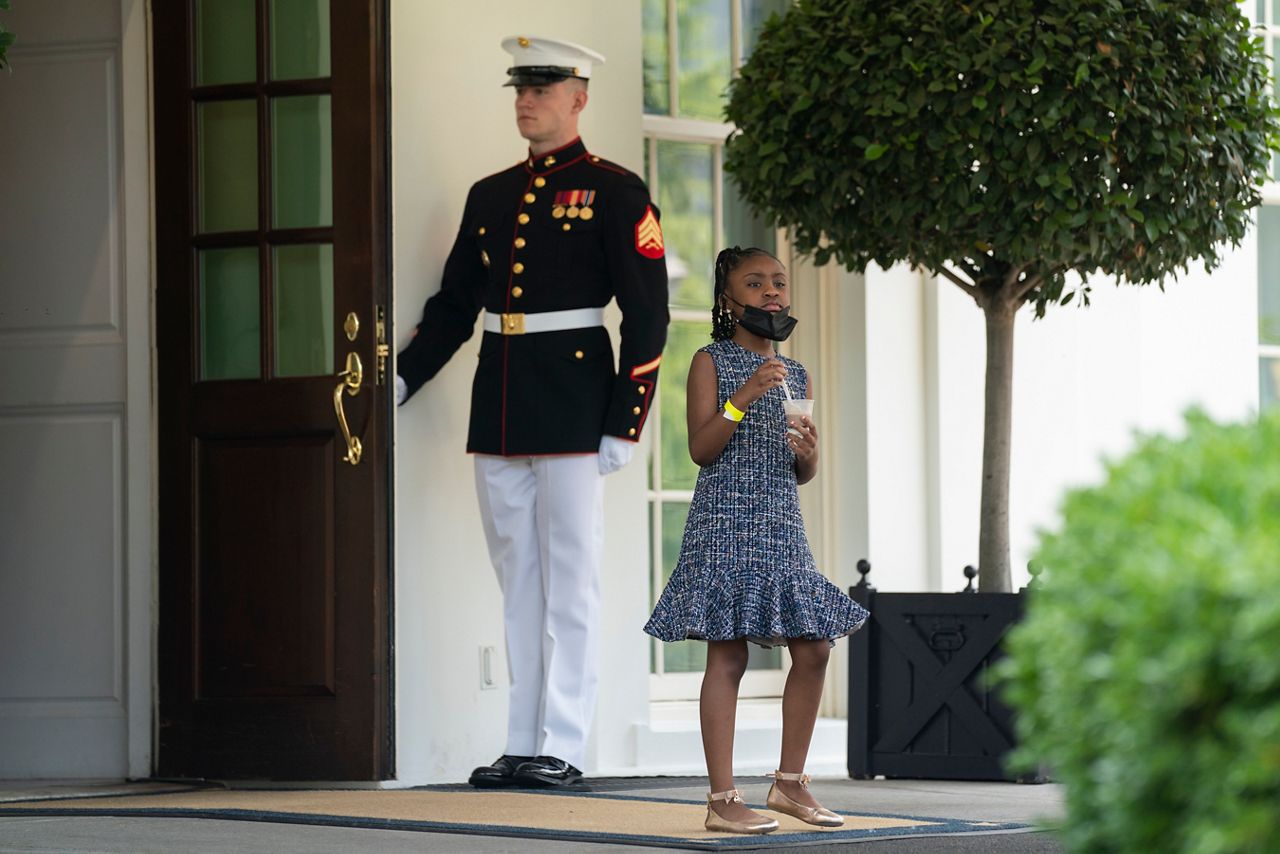 A Marine holds the door as Gianna Floyd, the daughter of George Floyd, walks out of the White House, Tuesday, May 25, 2021, in Washington. (AP Photo/Evan Vucci)

Members of Floyd’s family traveled to the nation’s capital on Tuesday to meet with President Joe Biden, and to urge Congress to pass the George Floyd Justice in Policing Act.

“Today is the day that he set the world in a rage,” Floyd’s brother Philonise said, addressing reporters at the Capitol alongside family members, Democratic House Speaker Nancy Pelosi and other lawmakers. “We need to be working together to make sure that people do not live in fear in America any more,” he said. 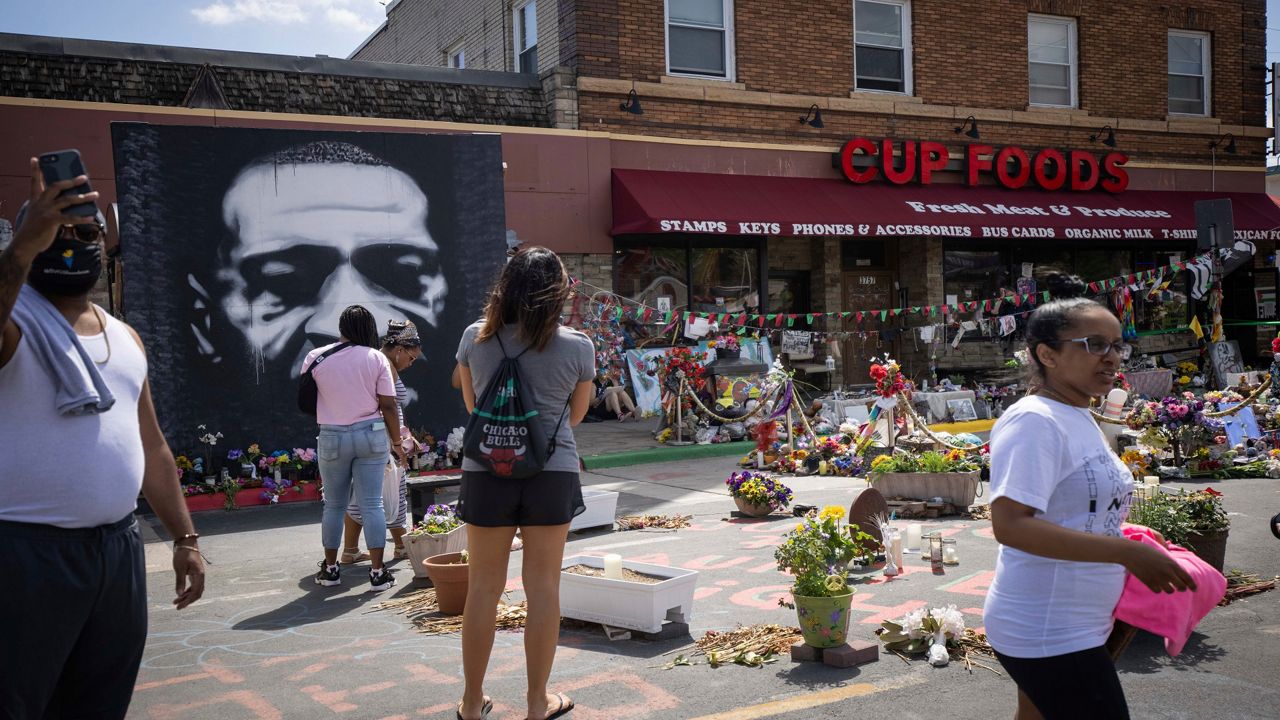 People walk through George Floyd Square on the one year anniversary of George Floyd's death on Tuesday, May 25, 2021, in Minneapolis. (AP Photo/Christian Monterrosa)

Floyd was also honored in Minneapolis with a moment of silence, with some people gathering outside the Cup Foods where he died at the hands of police.

Floyd’s sister Bridgett and other family members joined Minneapolis Mayor Jacob Frey, citizens and activists at a downtown park to observe the moment at an event that included music and food trucks.

“It’s been a troubling year, a long year,” Bridgett Floyd told the crowd. “But we made it. They say with God all things are possible and I’m a true believer in that ... The love is very outpouring today. The love is here. George is here.”

Vermont’s Gov. Phil Scott (R) signed a proclamation designating Tuesday as George Floyd Remembrance Day, writing that he decided to mark the day “so that we reflect on Mr. Floyd’s death and remember why we must continue to acknowledge systemic racism and inequality in order to fulfill the promise of American freedom and justice for every citizen.”

“One year ago today, George Floyd, an African American man, was murdered by a police officer. His death under the knee of someone charged with protecting all citizens, and caught on video for all to see, was a terrible tragedy – one that sparked grief and outrage around the country,” Scott added. “Importantly, it also inspired a national reckoning on racial justice and equity and the role we all play to address these issues, as well as reforms to modernize law enforcement and address racism across government systems. ” 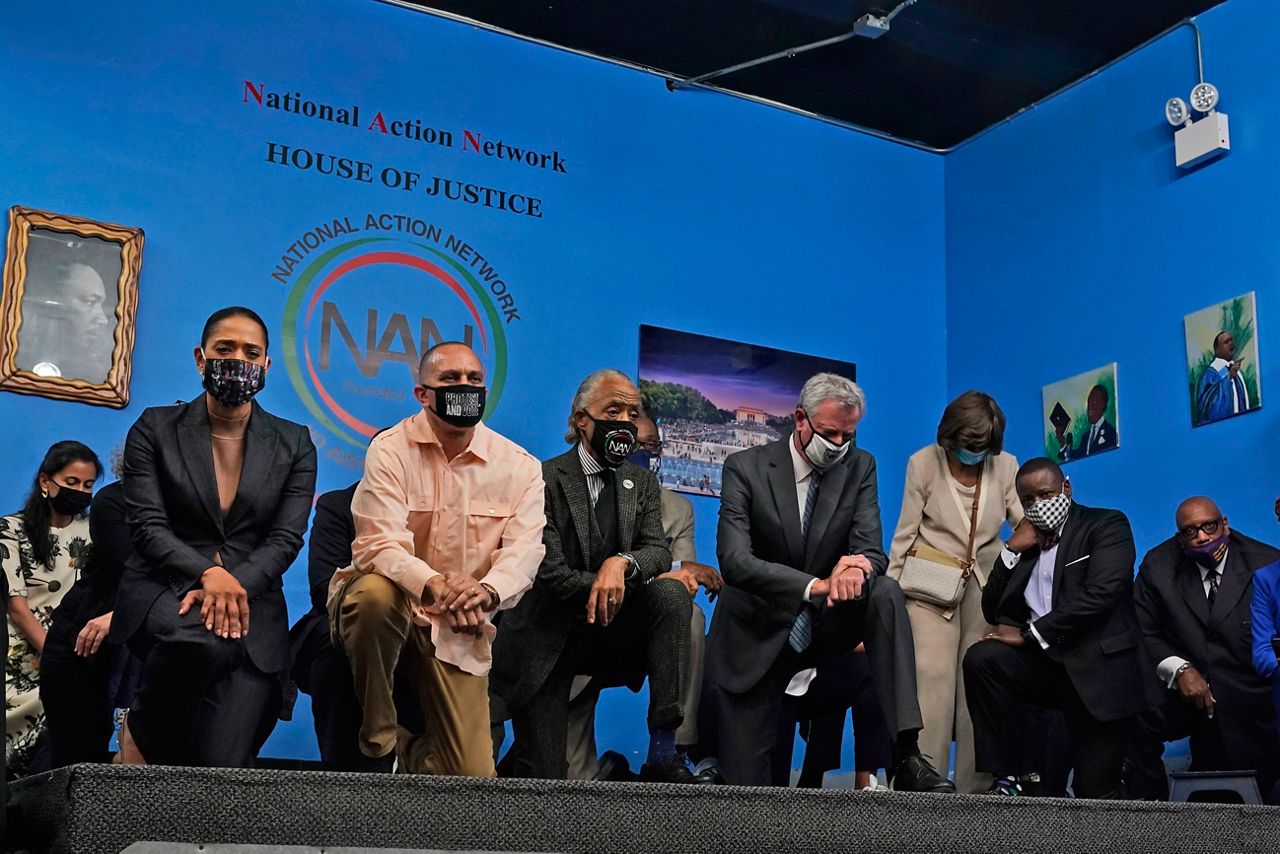 Local leaders and politicians kneel for for more than nine minutes to remember the murder of George Floyd in New York, Tuesday, May 25, 2021. (AP Photo/Seth Wenig)

A moment of silence was held in New York to honor Floyd, where elected officials including Mayor Bill de Blasio and U.S. Rep. Hakeem Jeffries joined the Rev. Al Sharpton in kneeling for 9 minutes, 29 seconds.

“As we took a knee, imagine how long that was on a human being’s neck,” Sharpton said. “Never switched knees, just dug in. It’s time we correct policing in this country.” 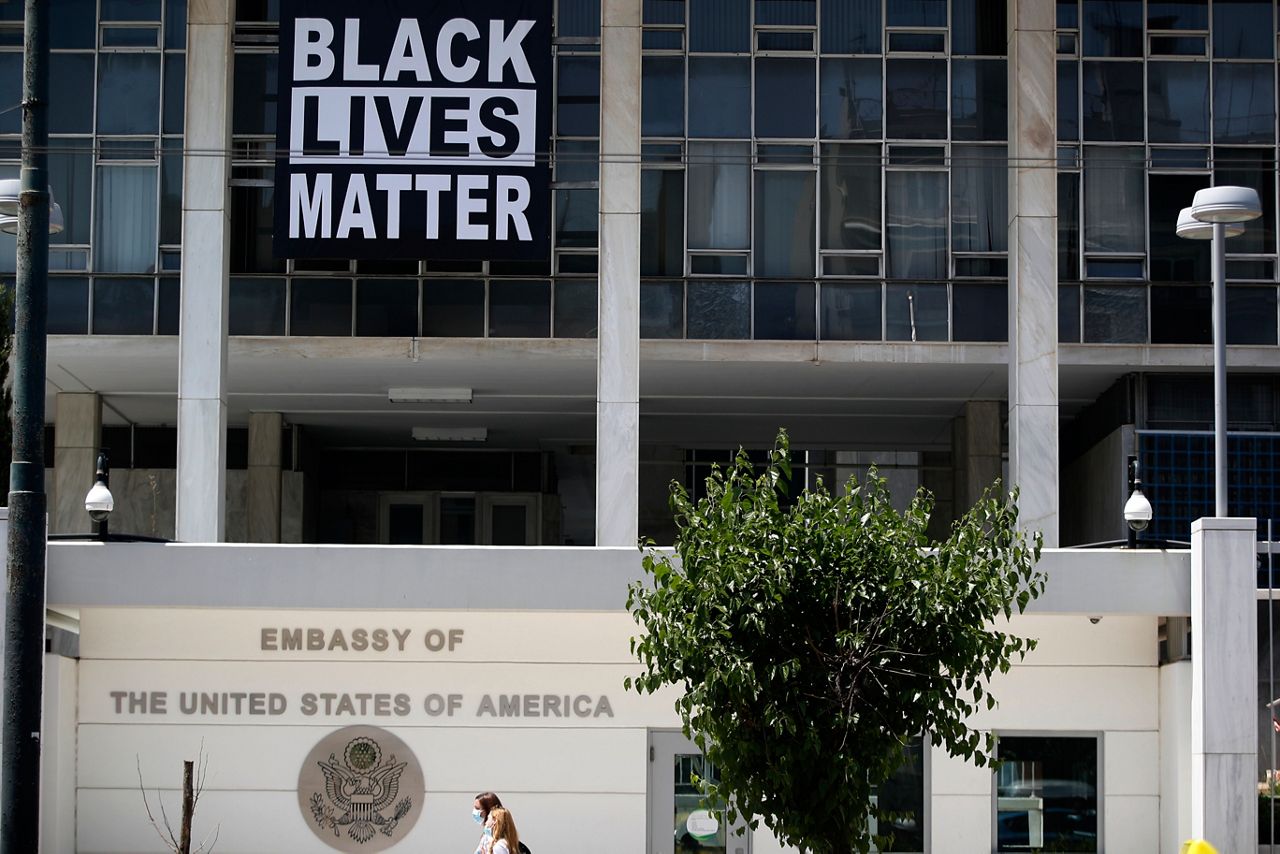 A "Black Lives Matter" banner marking the one-year anniversary of the killing of George Floyd by a Minneapolis USA police officer, hangs from the U.S. Embassy in Athens, Greece, Tuesday, May 25, 2021. (AP Photo/Thanassis Stavrakis)

Globally, a rally took place in Germany and Floyd’s death was marked by U.S. embassies in Greece and Spain.