The New Jersey Forest Fire Service is working to contain a wildfire that has scorched over 600 acres in less than a day, officials said Monday.

The blaze was first spotted in Bass River State Forest around 4:00 p.m. EST on Sunday afternoon. As of Monday morning, only 30 structures were threatened by the fire, down from around 100 at the height of the fire activity.

“Firefighters worked through the night to establish a containment area by setting small, controlled fires around the main fire, which was spotted Sunday afternoon inside a large, forested area that has limited accessibility,” the New Jersey Forest Fire Service wrote on social media. “This firefighting method also creates a buffer between structures and the main fire.”

Burned areas included both private land and some in the state forest. There are currently no reported injuries, and while voluntary evacuation orders were put into effect late Sunday, officials said they do not think anyone actually had to vacate their property. 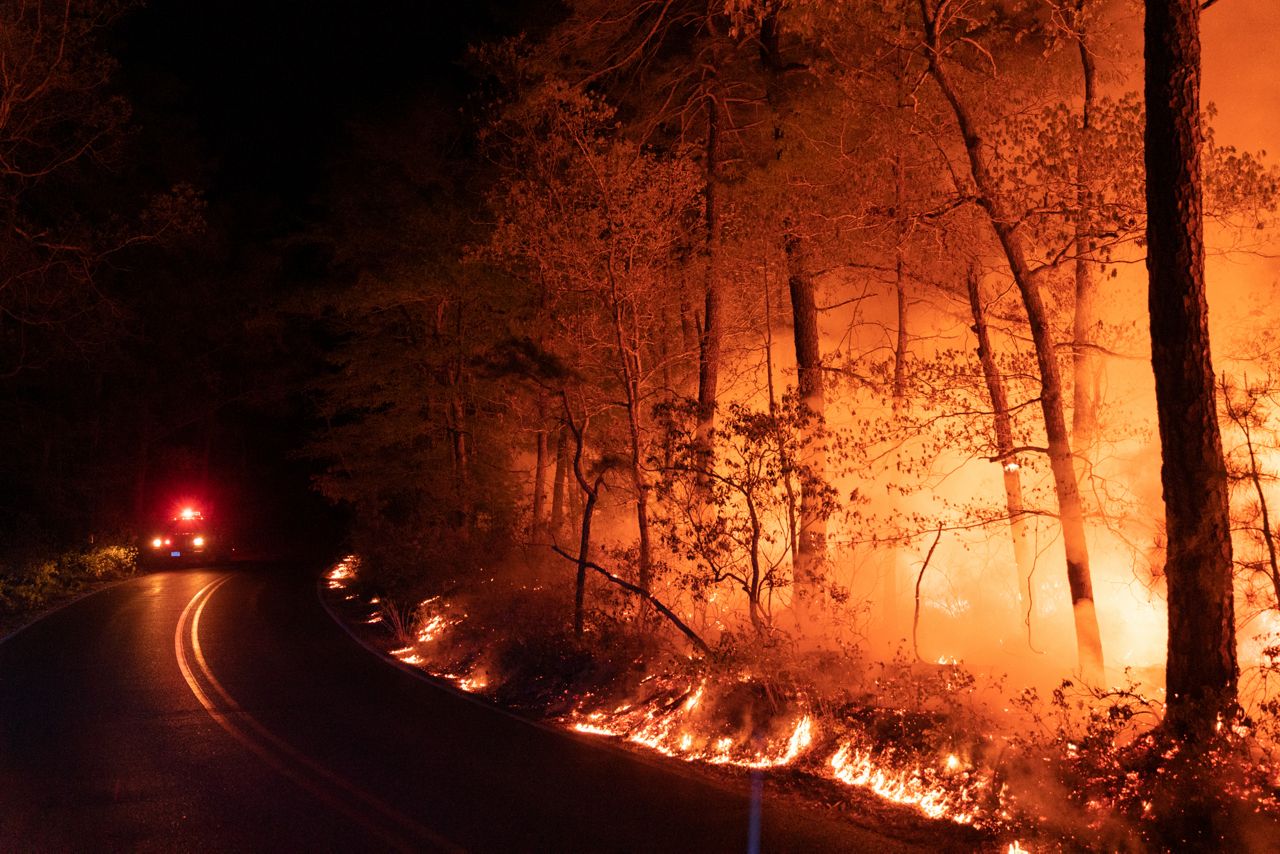 The fire, near Little Egg Harbor Township in Ocean County, “could have been very tragic, but for a brilliant response once again by our colleagues at the New Jersey State Forest Fire Service,” Little Egg Harbor Police Chief Richard J. Buzby Jr. said during a press conference Monday morning.

While some reports indicated that the fire spread over 900 acres, New Jersey Forest Fire Service Warden Trevor Raynor said the overall burned acreage was reduced because his team’s “suppression was able to exclude areas of the forest and do a more direct attack, which reduced the acreage.”

As of Monday morning, the fire was 40% contained, and officials expected that number to increase over the course of the day. Still, nearby residents can expect smoky conditions for the next week or so.

The cause of the fire remains under investigation.