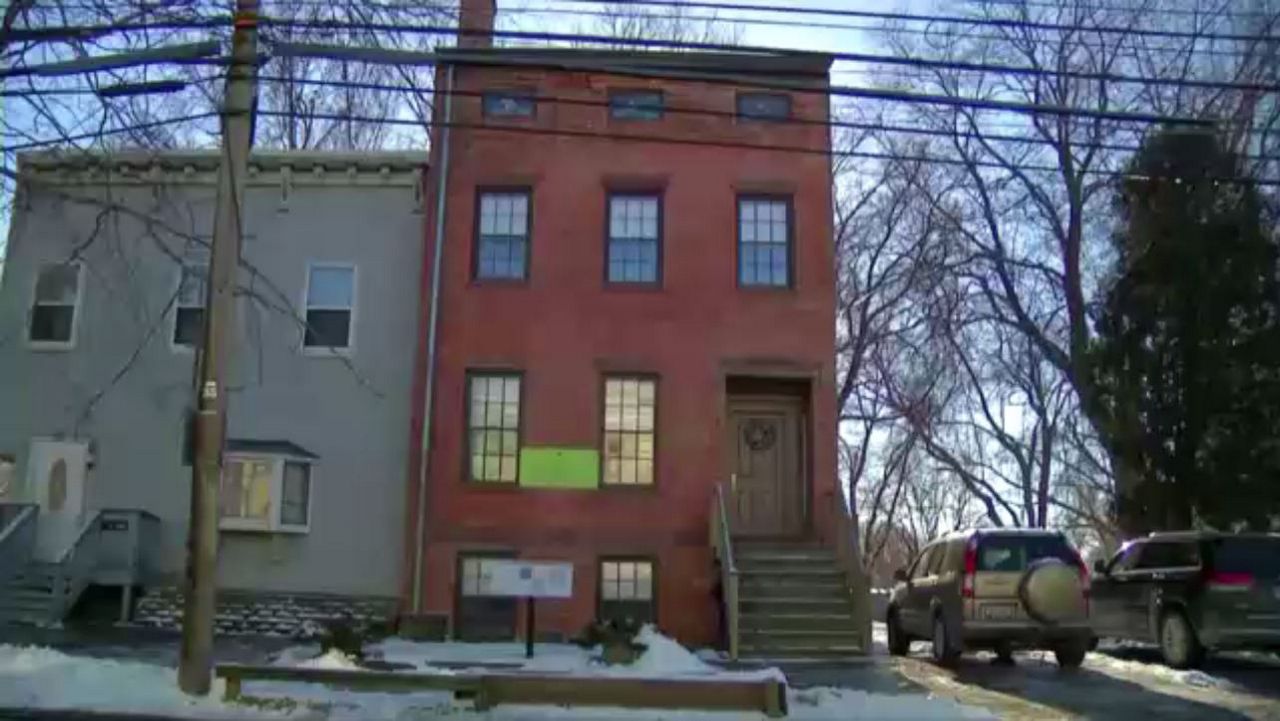 We’re going to take you along on a journey on the Underground Railroad.

For the passengers and conductors of that era, no tickets were required. That’s because the Underground Railroad represented a symbolic network of abolitionists - both Black and white - who offered shelter to enslaved people who escaped from the South.

Our first stop is the John Kane House, built in the 1700s. Then-General George Washington used the building during the Revolutionary War.

In the 1800s, Dutchess County was again involved in history, this time, in another way. It played a significant role in the beginnings of the anti-slavery movement in the state.

From the historic Kane House, we travel 10 minutes east to the Oblong Quaker Meeting House in Pawling.

Peter Bunten, chairman of the Mid-Hudson Anti-Slavery History Project, tells us about the people seeking freedom.

Then they got some help.

The Religious Society of Friends, also known as Quakers, played a prominent role. Their anti-slavery efforts pre-date the Underground Railroad.

In the 1760s, a number of Quakers began to question whether or not it was right for Quakers to continue to hold slaves. A decade later, they successfully freed the enslaved among them.

“It was a very, very important movement, both for anti-slavery, overall, and as well, for the Quakers,” Bunten said.

In this building constructed in 1764, the Quakers held silent services, called meetings. Robert Reilly, a trustee of the Pawling Historical Society, invited us inside the meeting house.

“Typically, a Quaker meeting was mostly silent. They would sit here and meditate, and if the spirit moved them, they would say something,” Reilly said.

With the Quakers, silent thoughts became recorded action. What we do know about the Underground Railroad is sparse, because like Quaker meetings, it was done in silence.

“It was illegal to help runaways and a lot of people did not want to publicize the fact that they were actually helping the slaves run away to freedom,” Bunten said.

The Fugitive Slave Act of 1793 allowed for the apprehension of enslaved people, or anyone assisting them.

“We tend to have more information about some individual people who are involved than finding actual buildings, let’s say, where an enslaved person might have stayed overnight, or for a couple of days,” Bunten said.

But one thing we are sure of is the use of a famous river that runs right through our region: The Hudson.

To close out #BHM and a month-long collaboration with @MercedesTVnews — we debut our special tonight on Spectrum News across upstate New York. Check it out! https://t.co/Fc81Kk1YfJ

“You had the ability to go from New York City over to Niagara by boat,” he said. It was much quicker and safer for runaways to escape via boat than it was over land."

The Hudson River was used as a conduit for many abolitionists and freedom seekers. A boat captain by the name of John Johnson used to work along this river. He also built a home in Albany.

Continuing an hour north up the Hudson River is where you’ll find the Johnson home. Johnson rented his home to his sister, Harriet Myers, and her husband, Stephen. Together, they were well known in Albany for their organizational efforts on behalf of freedom seekers.

This is where it all took place, right here at 194 Livingston Avenue. The Stephen Myers home was the headquarters for abolitionists and weary fugitives alike. Many of those fugitives were thought to have been welcomed into this very parlor room by the Myers family.

Historians Paul and Mary Liz Stewart now run the Myers house as an Underground Railroad education center. They say this Vigilance Committee flyer was the first clue that led them to this residence.

Paul Stewart, historian at the Underground Railroad Education Center, said that 287 fugitives passed through Albany. The flier was an open invitation to the Myers residence, where abolitionists could strategize ways to secure resources for freedom seekers during the 1800s.

“When a copy of the flyer was put in our hands, I remember saying, 'Maybe there’s a building still there,'” said Mary Liz Stewart, a historian at the center.

There was a building there, but it would take the Stewarts 20-plus years and around $1 million to restore it.

“And even through all the contraction and everything that we had to do to the house, all we really cared about was the Myers story,” she said.

Like how Harriet Myers ran a household of four, assisted her husband with the anti-slavery movement, and advocated for women rights. Her voice was brought to life through this letter she wrote to personally thank supporters for contributions that kept the Underground Railroad movement on track.

“We have at the Stephen and Harriet Myers residence, Harriet's original handwritten letter…It explains to us the role she played in the Underground Railroad movement as an activist…and set the stage for other woman to follow in her footsteps,” said Paul Stewart.

According to other documents uncovered, Harriet Myers wasn’t the only writer in the family.

“This newspaper — The Northern Star and Freedman’s Advocate — was one of the many papers produced after 1827,” he said.

Stephen Myers added journalism to his list of trades, serving as an editor on that paper. The more pieces uncovered throughout the Myers property, the more it revealed about the everyday lifestyle of an abolitionist.

“If you put these artifacts together with other paper records and other people of color related to this time period…Just like this cathedral, pickle becomes a very re-usable item in Harriet's and Stephen's day,” said Paul Stewart.

It showed that their property had value and could be used to raise even more funds for anti-slavery projects.

“It wasn’t like they were just sitting home, going to work, or having company over. They were trying to do constructive things in their community,” he said.

And by bridging the voices of the past and present, other people can feel empowered to say, 'If they can do it, so can I.'"