A display shows items that will be provided with COVID-19 vaccines at Operation Warp Speed headquarters in Washington, D.C. (DoD photo by EJ Hersom)

Coronavirus Vaccine Questions, Explored: How Does it Work, and Are There Side Effects?

As the U.S. watches and waits for a COVID-19 vaccine, the most promising candidates — from companies Pfizer/BioNTech and Moderna — could be approved within a matter of days to weeks, prompting questions about what Americans can expect from the shots and how safe they are.

Spectrum News spoke with vaccine experts across the country to dig deeper on the most common questions about the vaccines.

First, how do they work? Are there side effects? And what can you expect from a vaccine that requires two doses?

“The basic idea of a vaccine is to fool your body into thinking it's under attack,” said Dr. Paula Cannon, a virologist and Associate Professor of Microbiology at the University of Southern California’s medical school.

In the case of the Pfizer and Moderna vaccines, they both do that by relying on messenger RNA (or mRNA), which gives your body a sort-of code to make the spike proteins found on the outside of the COVID-19 virus.

“This RNA is like the recipe. That spike protein by itself isn’t dangerous at all,” Dr. Cannon said. “But our immune system will go: ‘Wait a minute. There's something weird and foreign here.’ ... And the body will make antibodies.”

The Pfizer and Moderna vaccines don’t involve injecting the virus itself.

“We’re not giving people the actual virus,” said Dr. Carl Fichtenbaum, who oversaw a part of Moderna’s trial at the University of Cincinnati. “We're giving them pieces that their body can respond to, so they can’t get COVID from that.” 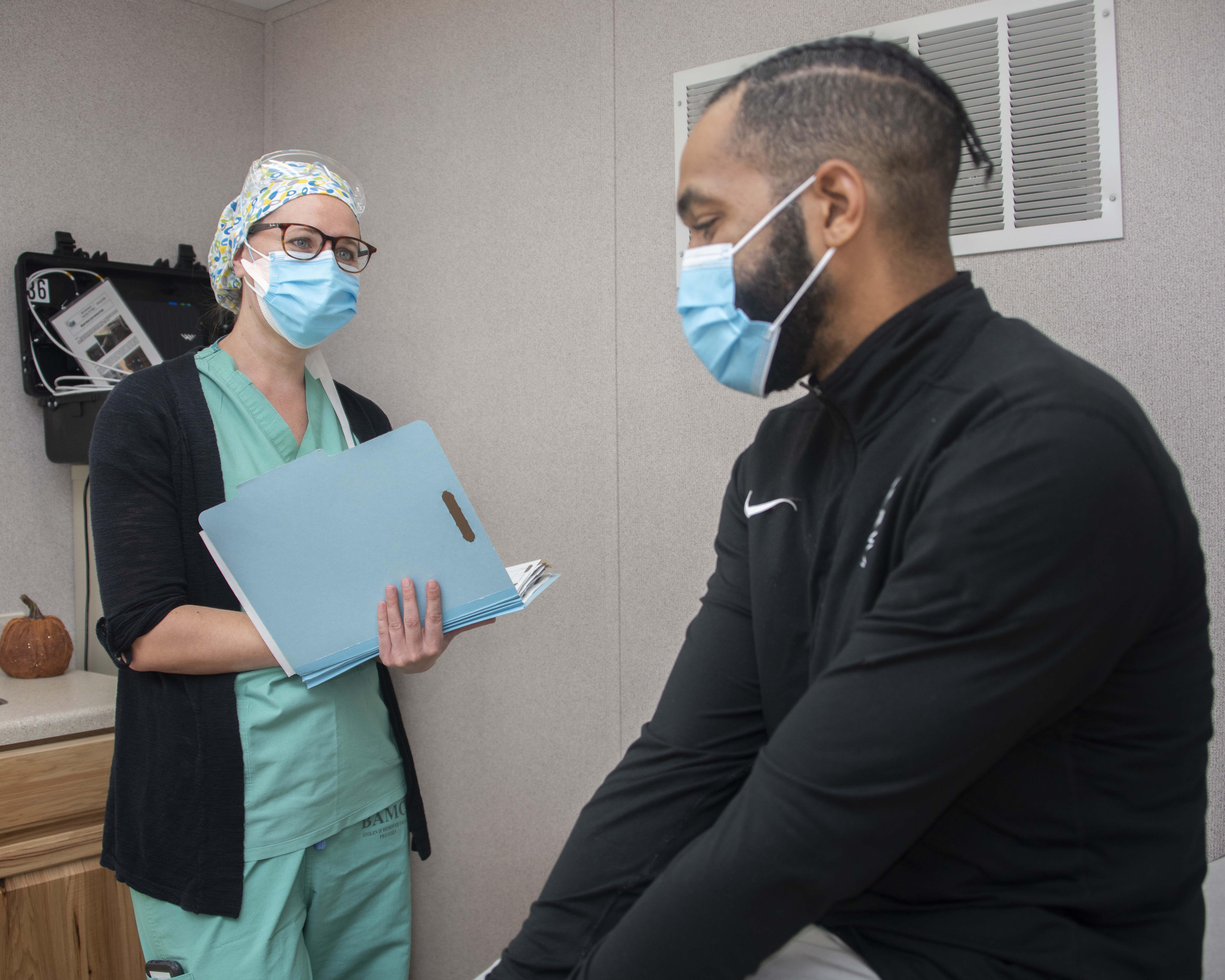 While the implementation of mRNA vaccines is new, the technology used to develop them has been worked on for several years, especially since the spread of the first SARS coronavirus in 2004.

“We were very lucky that we already knew that Achilles heel of the virus,” said Dr. Maria Elena Bottazzi of Baylor College of Medicine, who helped develop a COVID-19 vaccine currently being tested in India.

“We had a soft target,” she added. “We’ve been dabbling with RNA platforms for a while.”

Are There Side Effects?

Experts warn that getting these initial COVID-19 vaccines may be more “uncomfortable” than some are used to, and people may experience arm soreness where they get the shot, plus fatigue, headache and a low grade fever in the days after.

“They do tend to be more, what we call, ‘reactogenic,’” said Dr. Raphael Viscidi of Johns Hopkins University, who helped develop a vaccine strategy during the first SARS epidemic.

“These are not serious reactions — it’s just uncomfortable,” he explained.

But experts also told Spectrum News that those side effects are a good sign the vaccine is working. 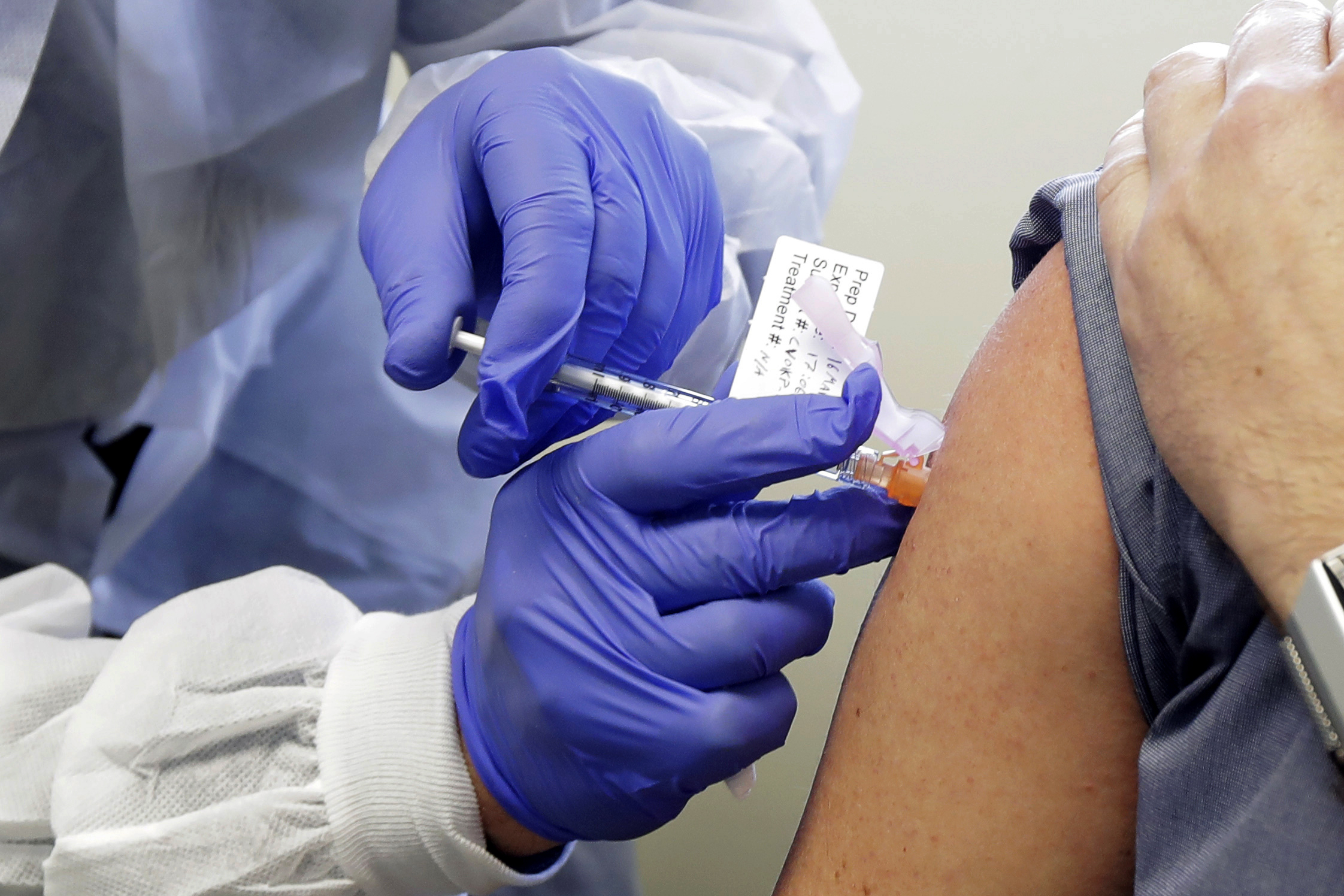 “They are actually side effects of your immune system fighting the virus,” Dr. Cannon said. “[They] should be considered like an ‘Oh, good, I’ve got a little bit of a headache.’ That probably means the vaccine is working. It’s doing its job.”

In a press release, Pfizer said the only side effects observed after the initial pain of the shot were a headache in 2 percent of participants and fatigue in nearly 4 percent. The company’s phase three trial included more than 43,000 people.

According to information released by Moderna, the most common reactions to its vaccine included injection site pain, fatigue, muscle and joint pain, headache, and redness at the injection site. The company didn’t note how common those reactions were, but they did say they increased after the second dose of the vaccine. 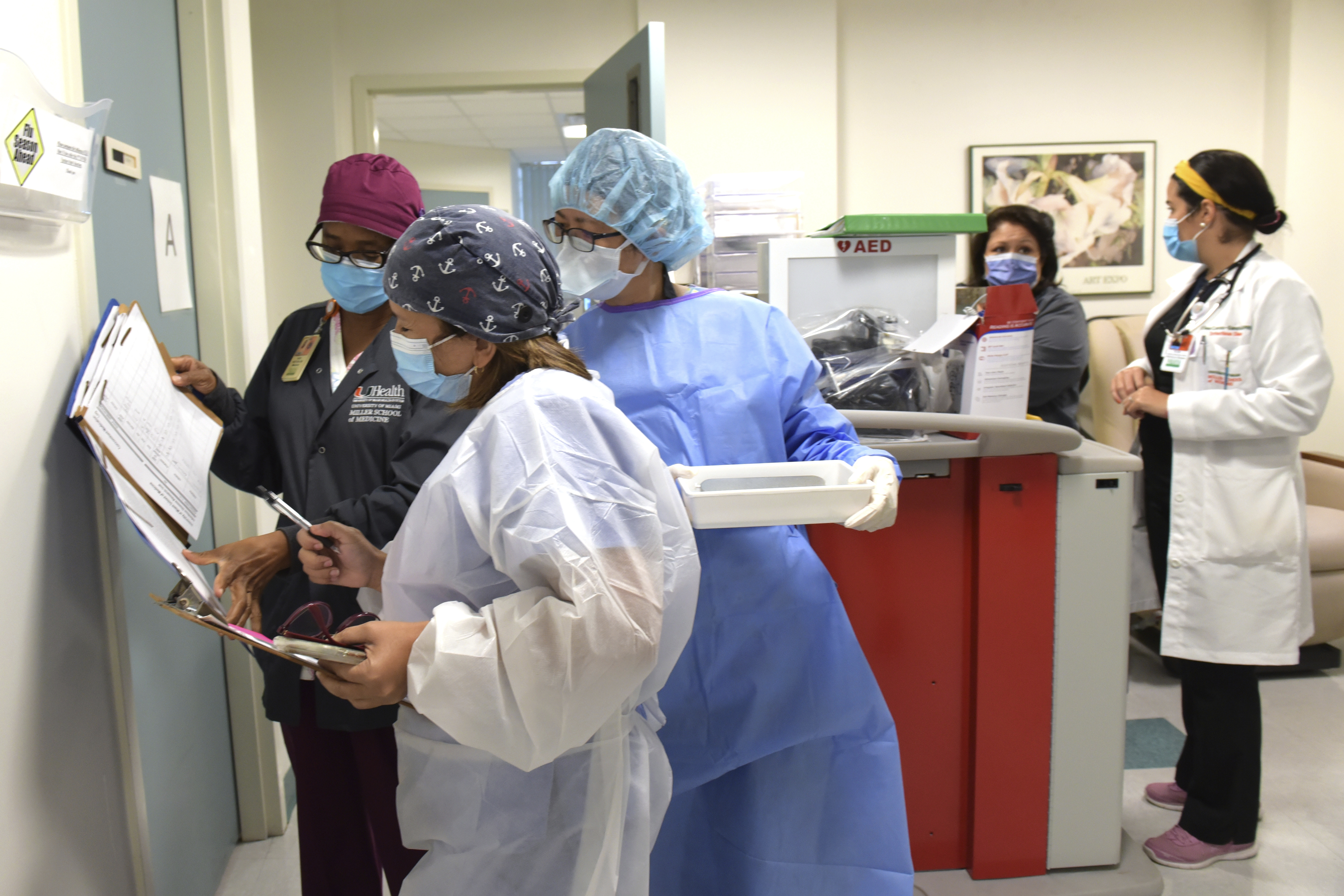 As for long-term side effects, experts say, by definition, “only time will tell,” especially since the companies making the vaccines haven’t released all of their data yet. But some say they don’t expect future issues because of the nature of messenger RNA.

”mRNA hangs around for a little while, while that protein is made,” said Dr. Kristen Marks, an infectious disease researcher at Weill Cornell Medicine in New York. “I think the vaccine so far suggests the immune response is only beneficial. We haven't seen a downside to it.”

Why Do I Need Two Doses?

Despite potentially uncomfortable side effects, experts said it’s critical that each person who gets the first dose of a Pfizer or Moderna vaccine be sure to get their second shot when scheduled.

“It's really just kind of completing the evolution or establishment of a really, really robust immune response that can protect you,” Dr. Cannon said.

“It’s like the first one kind of primes the body,” she explained. “And then when you get the second shot, say, two weeks later, your body goes ‘Whoa. Okay, I remember this.’ It tells the body that it should pay attention to this potential invader, that this is not just a once in a lifetime.”

“The benefit comes with that second dose more so than the first dose,” said Dr. Viscidi.

In order to remind people to get their second dose, General Gustave Perna, who is overseeing vaccine distribution for the federal government, said states are working on their own notification systems, plus the U.S. government will provide paper vaccine cards to be used as a reminder.

“Encouragement of putting it in their wallet, taking a photo of it,” Gen. Perna said. “We’re working at the draconian level there.” 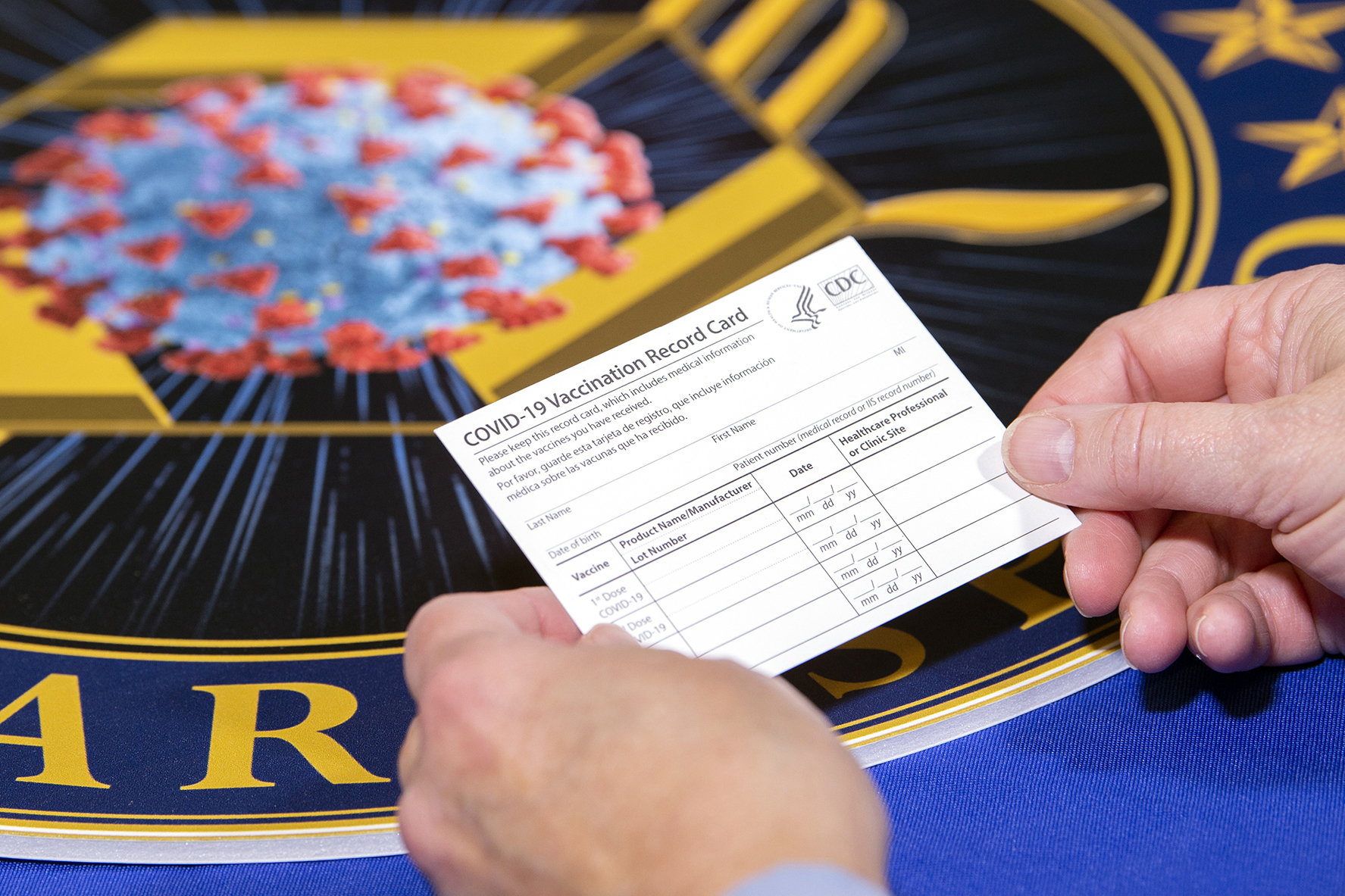 In a press release, Pfizer and BioNTech noted that its trial showed participants developed antibodies even after the initial shot.

“We are grateful that the first global trial ... indicates that a high rate of protection against COVID-19 can be achieved very fast after the first 30 µg dose, underscoring the power of BNT162 in providing early protection,” said Dr. Ugur Sahin, CEO of BioNTech.

An independent FDA panel will meet next Thursday, Dec. 10, to review Pfizer’s data and issue a recommendation on whether to approve ita vaccine. Once approved, more than six million doses are set to shipped out within 24 hours to states and cities across the U.S., according to General Perna.

In the coming days, Spectrum News will continue to explore questions about the vaccines, including whether they are safe, how they might affect different populations and how long their protection could last.

Spectrum News has reached out to the Department of Health and Human Services for comment.