ALBANY - Coronavirus restrictions put in place in parts of Queens and Brooklyn to stop the spread of the coronavirus will be eased, Gov. Andrew Cuomo announced Wednesday. But the governor said strict rules enacted in Brooklyn "red zones" will remain in place for now.

The move comes more than two weeks after Cuomo created three zones in areas of the state seeing an uptick in cases. The most severe restrictions in so-called red zones have closed nonessential businesses and schools, and limited entry to houses of worship.

Cuomo said red and orange zones in Kew Gardens, Forest Hills and Far Rockaway have seen enough progress that they will become yellow zones, the zones with the least amount of restrictions. In those areas, businesses and schools are allowed to remain open, and indoor and outdoor dining is permitted but capped at four people per table. 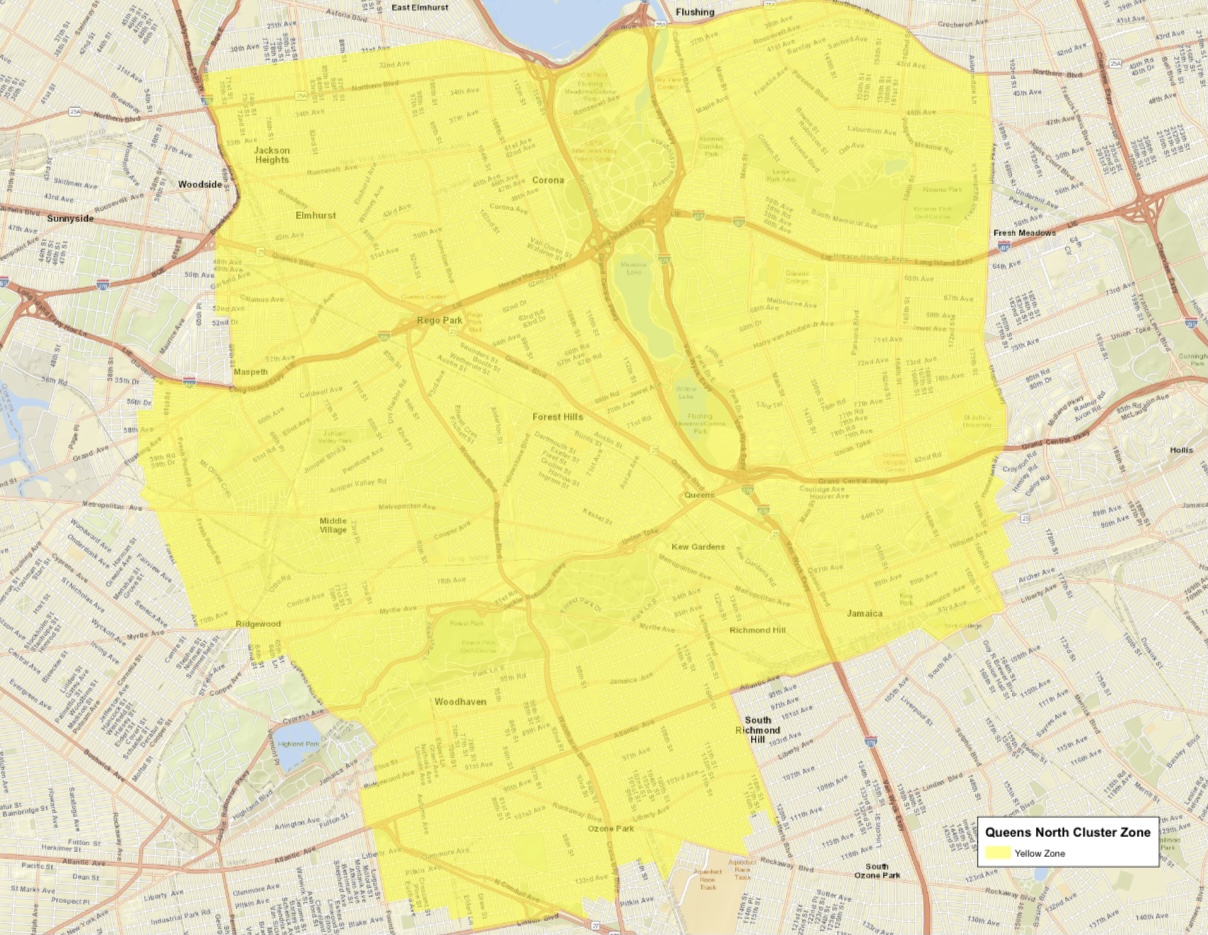 "That's good news. Celebrate. Don't panic. Don't fear," Cuomo said during a news conference in Albany. "We have it managed. We know how to do this."

Schools shifting to yellow zones can resume on Monday

Businesses making that shift can reopen as soon as tomorrow https://t.co/9oqmjVR8rb

A top aide to Cuomo tweeted that schools in areas shifting to yellow zones will be allowed to reopen on Monday. Businesses will be permitted to resume operations Thursday.

Restrictions will not ease in Brooklyn red zones, which are still seeing a positivity rate of 5.5%. Orange zones in Brooklyn, however, will become yellow zones. 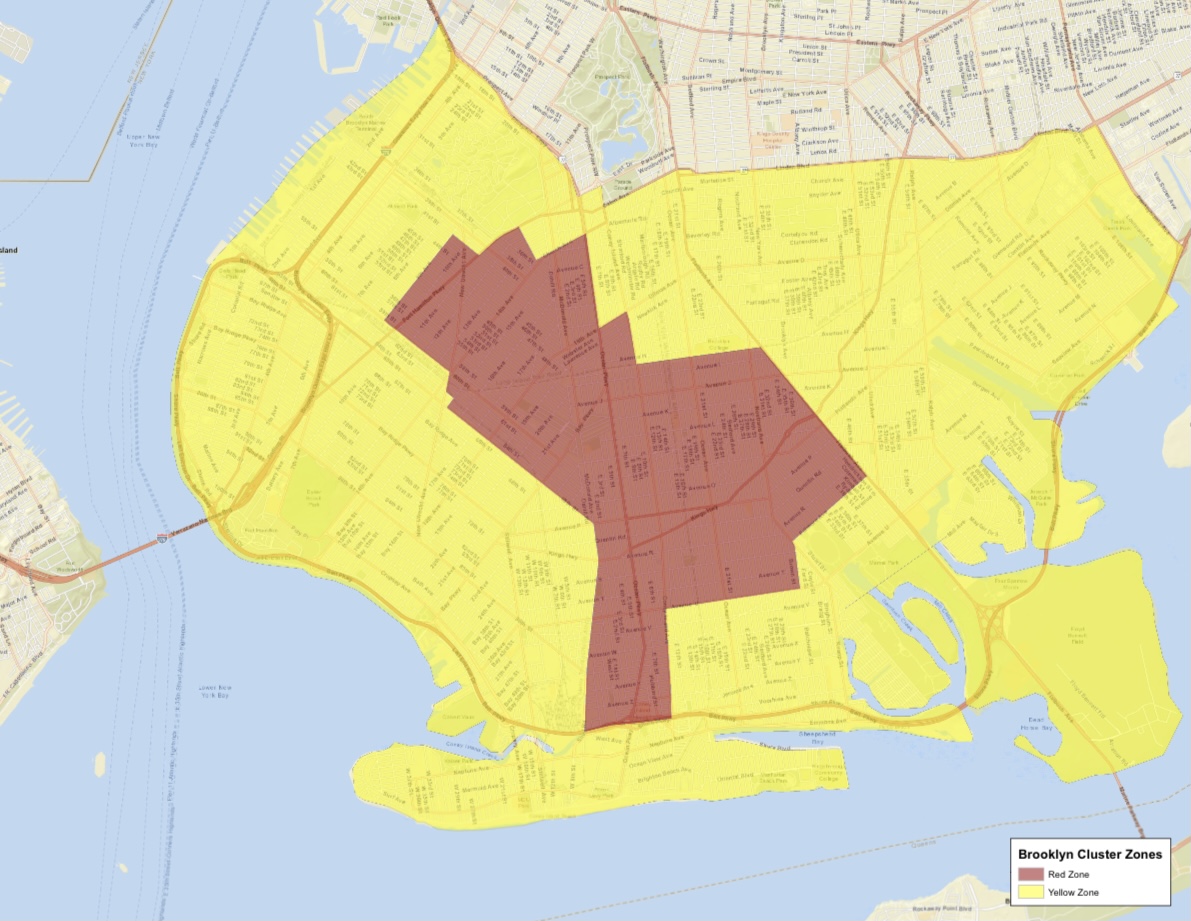 Cuomo said due to a rise in cases in Ozone Park, Queens, that neighborhood, which had not been in a restricted area, will become a yellow zone. 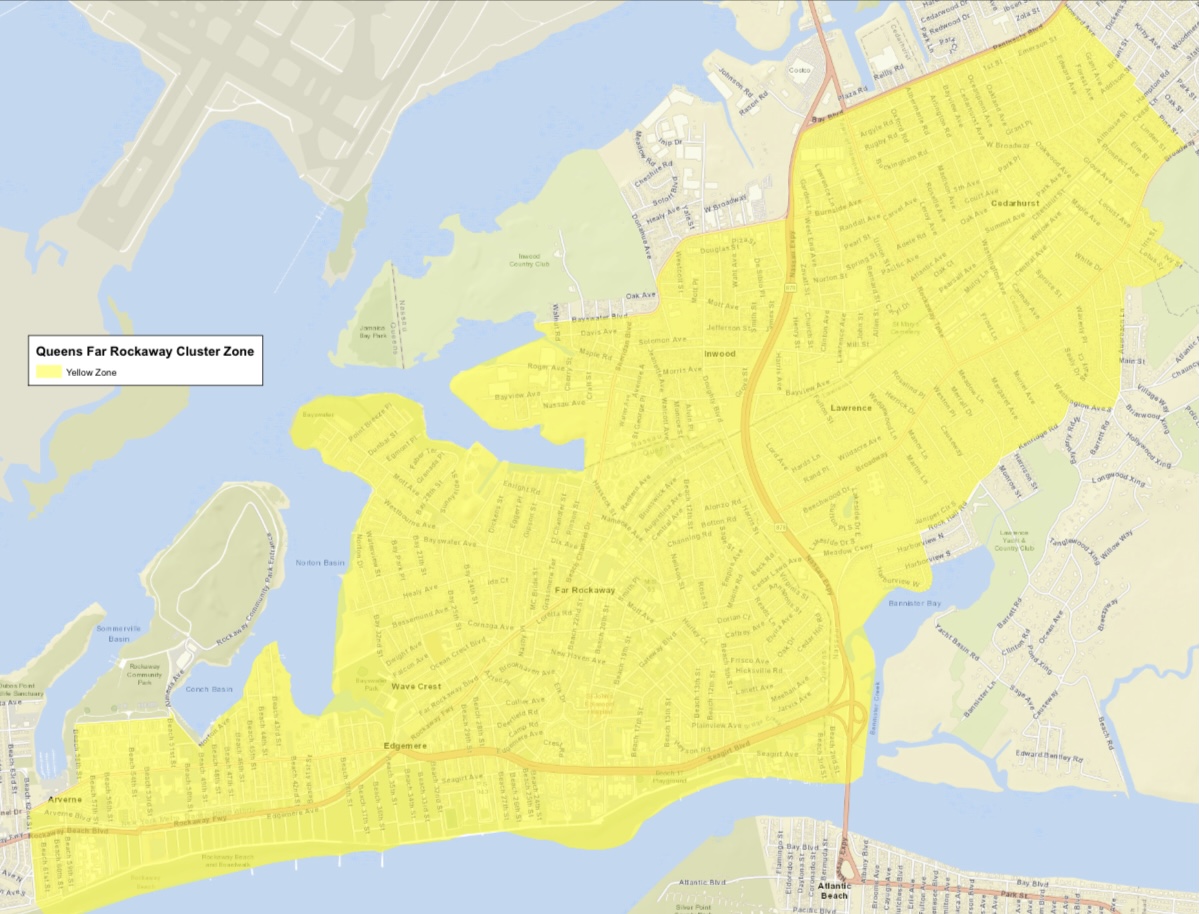 The restrictions sparked confusion and set off days of protests earlier this month in the Borough Park section of Brooklyn, where members of the Orthodox Jewish community complained they were being targeted by the state and city.

The increase in cases has been primarily in areas with large Orthodox Jewish populations, including Rockland and Orange counties. Officials have said residents of those areas have not complied with social distancing rules.

The governor also announced new hotspot guidelines. Areas will be allowed to exit a red zone after 10 days of a positivity rate below 3%, an orange zone when positive tests are below 2% and a yellow zone when the rate is below 1.5%.