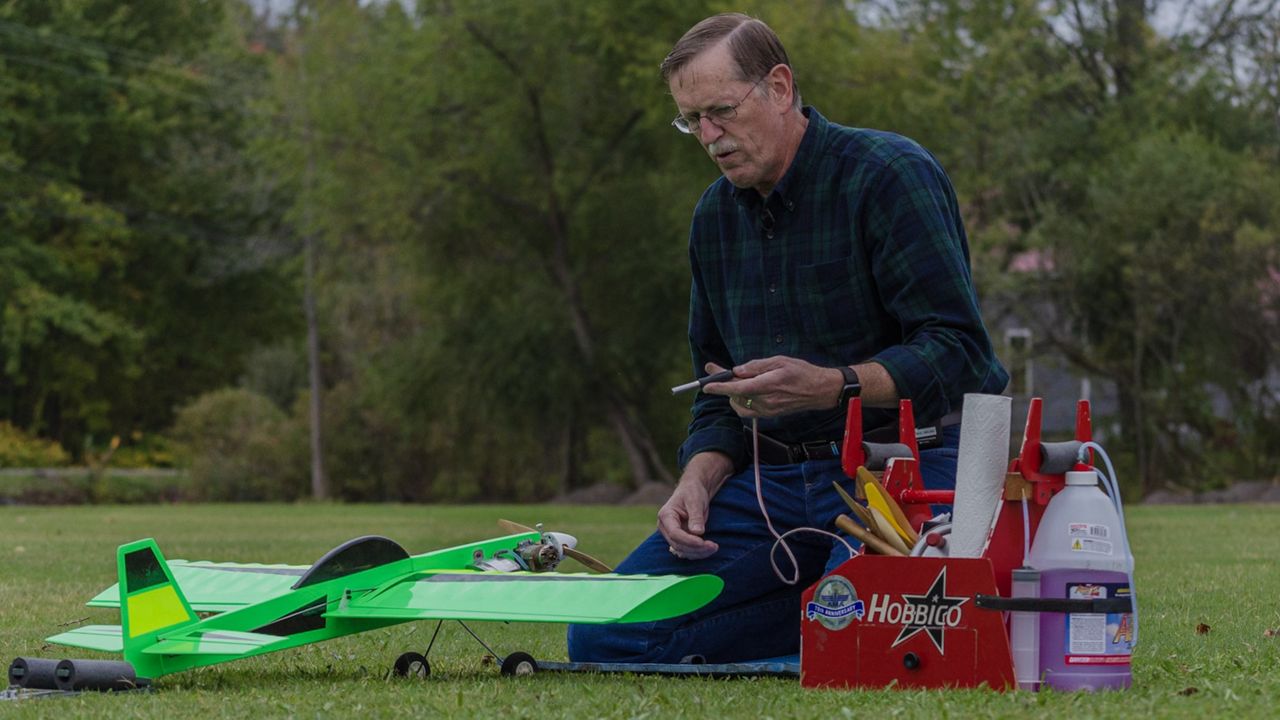 Mike O’Neill had a childhood passion for flying model airplanes.

He picked his hobby back up seven years ago, but it was when he retired in January that he really got back into it.

“Since then, I haven’t had much more free time, but when I come out here it’s just fun, just time to get away,” O'Neill says with a smile.

O’Neill flies on a system called a control line. He says it’s the old school way, how he did it growing up. Since then, model plane tech has evolved, and most people fly with a remote control, like Jacob, an eighth grader who picked up the hobby from his grandfather.

“It gets me outside, and I’m not really doing sports,” Jacob says.

In just a few months, he’s already logged hours of flight time with a "buddy box." It’s similar to a student driver car; a more experienced flyer can take the reins when needed.

“Usually, you start off with just straight and level flights," said Paul Volcko, the STARS Club president. "Then you start working in turns and then eventually they’re doing whole flights by themselves.”

An average flight lasts between five and eight minutes, and aside from tricks, the pilots — young in age and young at heart — have one thing on their mind.