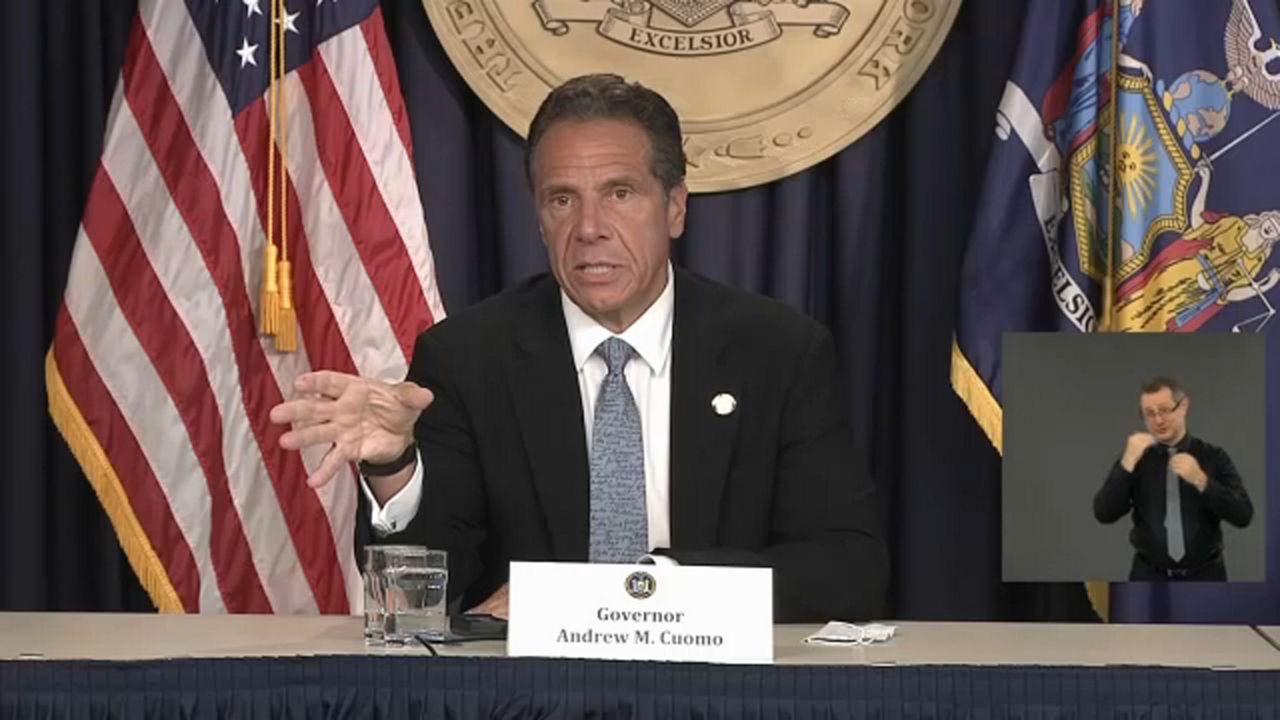 In Western New York, the birth place of the chicken wing, it's not up for debate: wings are indeed a meal.

That's why comments Governor Andrew Cuomo made at the end of his daily COVID-19 press briefing on Thursday ruffled so many feathers.

Earlier today, Governor Cuomo said chicken wings are not substantial food for bars to be allowed to sell alcohol. He added that sandwiches were the "lowest level" of substantive food. #Buffalo His comments: pic.twitter.com/zaSXgfEq6S

"It's a punch in the gut to all the business owners," said Republican State Assemblyman Dave DiPietro.

DiPietro wasn't a fan of the governor to begin with. When he was told bars and restaurants would not be allowed to serve wings with alcohol, he was heated.

"When he got those executive powers, his brain fried and he became like a king," said DiPietro.

When it comes to wings, there's one monarch in Western New York: the Wing King, Drew Cerza, who was willing to give the governor the benefit of the doubt.

So what did the governor really say? In response the uproar on social media, a spokesperson took to Twitter to tell thousands of angry Western New Yorkers they were mistaken.

Here's what the governor said when asked to further clarify a controversial executive order that prevents bars and restaurants from serving alcohol unless paired with "substantive" food.

The governor's spokesperson says he started a new sentence after the word hors d’oeuvres, and actually included chicken wings in the list of "substantive food."

He even provided a detailed diagram of the transcript afterward.

But no matter what one may have heard, there is further guidance on the state Liquor Authority's website.

In the Q&A section, it says chicken wings do qualify. The quick reaction was perhaps a sign some are losing patience with coronavirus restrictions.

"We have not seen in Western New York and across the rest of the state any spikes of significance that would mandate us being shut down,” said DiPietro.

And while opinions on the best way to deal with the pandemic are mixed, the verdict on wings is clear.