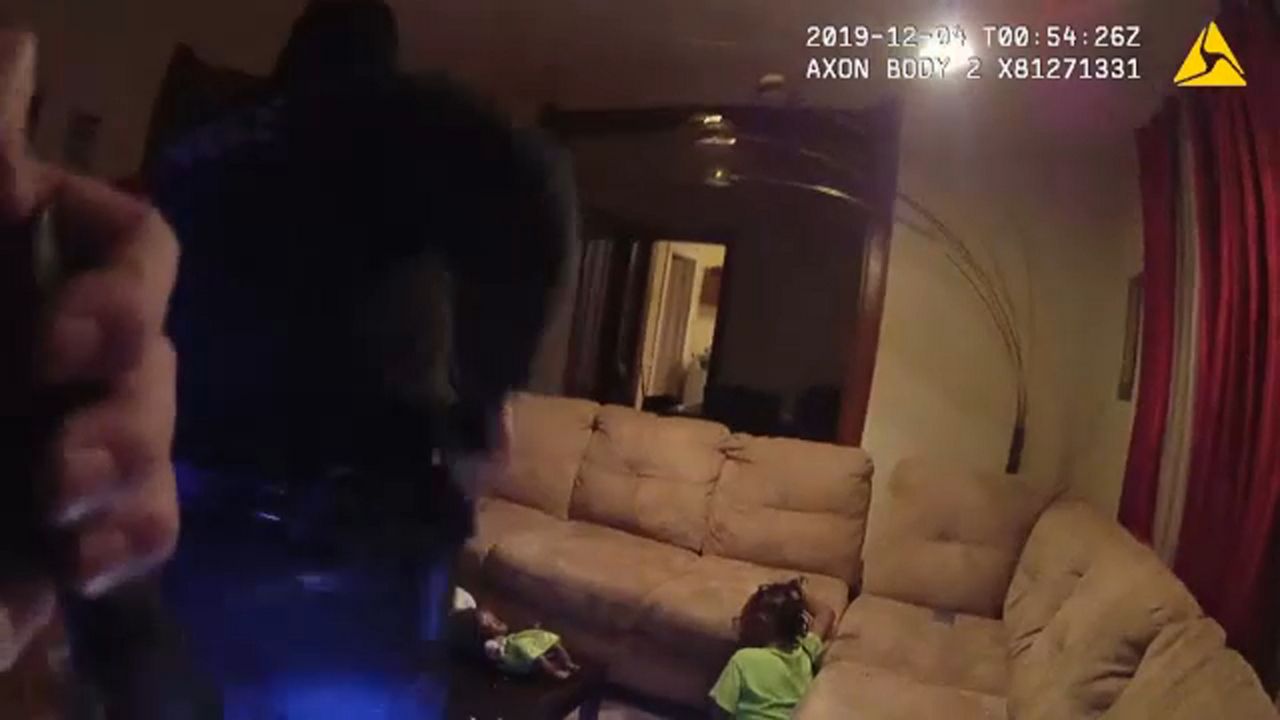 The Onondaga Co. DA is holding a press conference regarding the police-involved shooting on Fenton Street. This is video of police removing the six year-old victim from the home. It’s from SPD body cameras. pic.twitter.com/aguVYMi72t

The DA explained that Miguel Russo arrived to the Fenton Street home and inside were his two sisters and two nephews, ages 13 and six. According to the family he demonstrated signs of instability or mental illness, the DA's office says his mother reported a shot fired at his home before arriving to Fenton.

When Russo entered the home, he shot a wall and the floor before shooting his six-year-old nephew in the back.

Police arrived to the scene and entered the home. There, an officer engaged Russo for some time. Fitzpatrick said Russo threatened to shoot the officer. Russo was commanded to drop his gun and did not, later switching the gun from one hand to another.

Then an officer shot six rounds into Russo.

According to Fitzpatrick, Russo remained on the ground and appeared to be moving while still holding the gun. Officers didn't enter the home to remove the boy for a few minutes while trying to determine if Russo was still a threat.

The six-year-old boy was removed from the home and an officer ran the boy to an ambulance as the boy shouted for his mother, as can be seen in this video. Fitzpatrick says they did not find any documentation to support a mental illness diagnosis for Russo.

It is unclear why he entered the home and shot his nephew.

The gun Russo had was purchased illegally according to Fitzpatrick. The DA said the weapon was a ghost gun as but it's unclear where he got the gun from.

"We'll continue to trace the history of the gun but it's difficult because there's no serial number on them. But if we can find his internet history we'll see. But if you need an example of why ghost guns are a plague, here it is," said Onondaga County District Attorney William Fitzpatrick.